The Scales of Justice versus the Squid 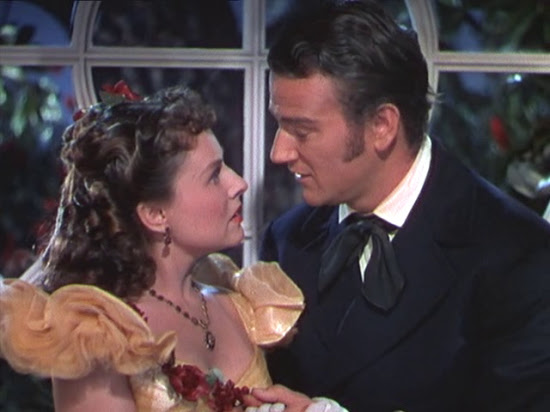 It's misogynist but it has two actresses I like, it's racist but it has a pretty good giant squid. It's 1940's Reap the Wild Wind, a Cecil B. DeMille movie I'm conflicted about. It's obvious DeMille looks back to slavery in the U.S. with fondness and a lot of the plot is about how women cause trouble when they get involved with men's work. But there's also a fun tale of seagoing adventure in 1840 told with DeMille's keen instincts and characteristically lavish production design.

Wikipedia says, "While he based his film on Strabel's story, DeMille took liberties with details such as sibling relationships and sub-plots, while staying true to the spirit of the story, which centres on a headstrong, independent woman portrayed by Paulette Goddard," which gives you the wrong idea. Goddard as Loxi Claiborne, a young woman who runs her deceased father's shipwreck salvage business, gets some decent agency in the beginning when she rescues handsome Captain Jack Stuart (John Wayne) after his ship's wrecked by a treacherous first mate for a competing salvage company. After that, she's shown to make one wrong decision after another, all because her emotions make her irrational. 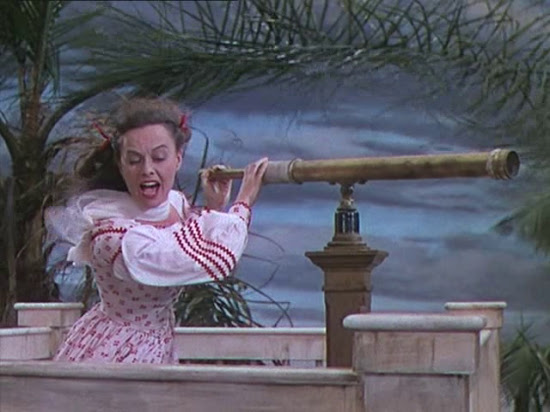 She falls in love with Stuart and goes to Charleston to seduce one of the men running the ship line employing him. This is so she can arrange for Stuart to become captain of the line's new steamship, the Southern Cross. She ends up falling for the man she's trying to seduce, Steve Tolliver (Ray Milland). It's hard to take the movie as a ringing endorsement of independent women when Tolliver, finding out about her scheme, forces her over his knee and gives her a spanking in the middle of a dinner party. 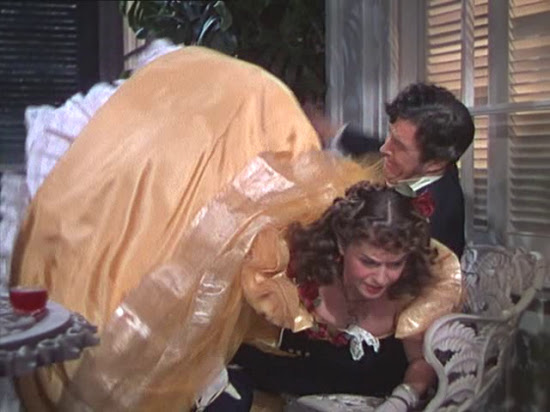 John Wayne has a more complex role than he normally gets, actually making some bad decisions himself when he decides to work for the same pirate salvage men who sunk his ship at the beginning of the film. When Loxi learns Tolliver suspects Stuart, she stows away on the ship Tolliver commandeers to intercept him and disables it--leading to a lot of disaster. We're meant to feel bad for Tolliver stoically bearing the storm of female tampering. 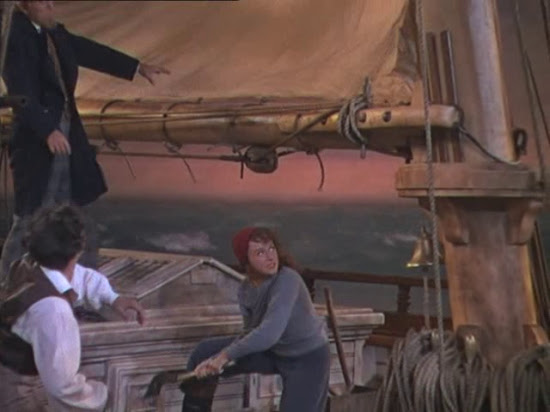 The only adults Loxi's permitted to be wiser than are her slaves who are shown contented with their lot as slaves, exhibiting the usual childlike and broadly superstitious behaviour given to black stereotypes in the first half of the twentieth century, the sort of thing mostly only seen in Jar Jar Binks to-day.

Also like Phantom Menace, Reap the Wild Wind ends with a pretty great action sequence as Milland and Wayne dive to the wrecked Southern Cross to determine whether Susan Hayward, in a small role as Goddard's sister, had stowed away and went down with the ship. The sequence was actually shot on an underwater set and the giant squid that suddenly shows up, while slow moving, is actually rather pretty. 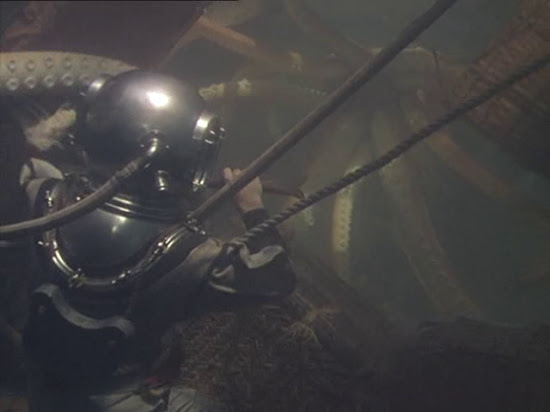 Posted by Setsuled at 3:04 PM
Email ThisBlogThis!Share to TwitterShare to FacebookShare to Pinterest