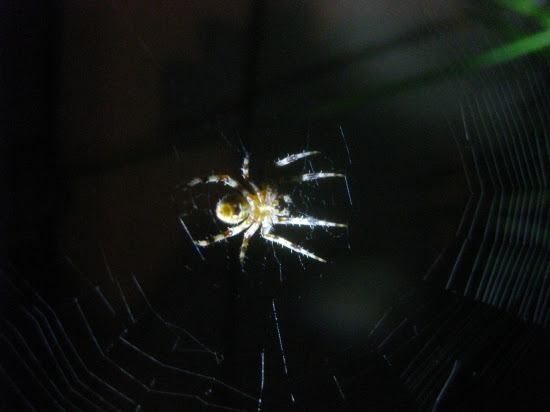 The first garden spider of the year. It seems like they show up earlier every year. I remember them not showing up until August.

It's only in the 80s outside to-day. I've been walking to lunch and stores again lately. I saw an enormous turtle yesterday--I didn't get a particularly good picture but he's visible here gazing at the ducks in the distance. 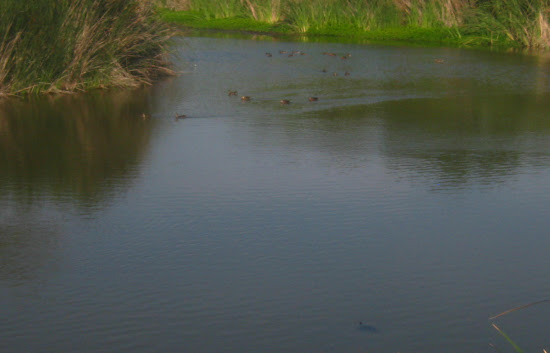 People tell me how they see turtles at the nearby river all the time but I hardly ever see them. I think it was my sister who told me when she worked at a nearby restaurant she'd see homeless guys trying to sell them.

Here's a crow using the fountain in front of the Wal-Mart as a bidet; 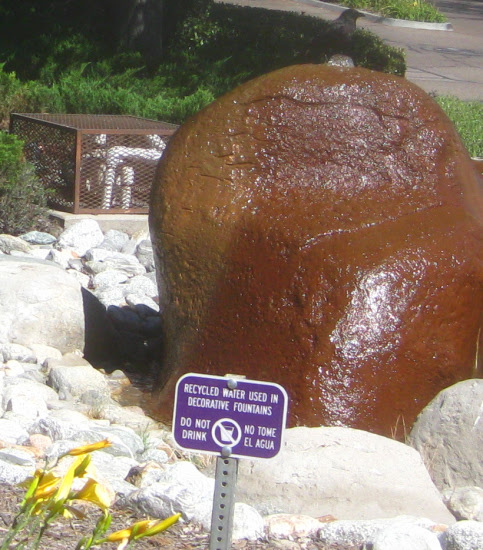 And, finally, here's a bee; 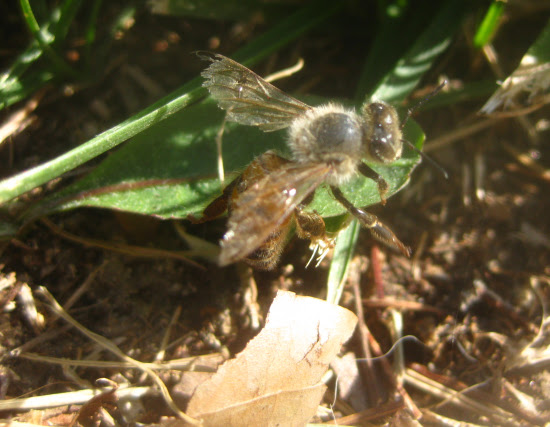 I was sorry to hear things are already a mess in Egypt. It's a shame Morsi has now given the Democratic process such a bad name. Sounds like they'll be going back to military strong men.

I think the problem is that Morsi was confused about what being an elected president meant. The way he keeps bring up the fact that he was elected in defending himself makes it sound like he saw it as granting him a divine right when of course it's designed to counter precisely that sort of governing.

I seem to have a bit of a cold. Maybe it's related to the pina colada I had last night. Anyway I'm feeling sluggish. Fortunately all I have on plate to-day is colouring . . .