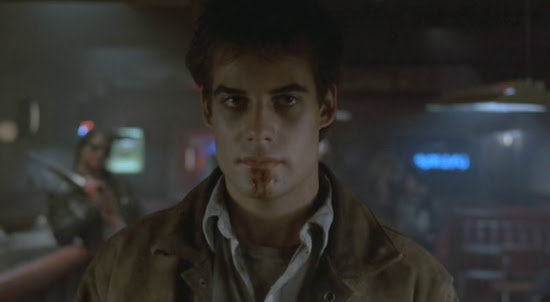 Some movies are so bad you want the protagonist to die. 1987's Near Dark is so bad I also wanted the villains to die and all the bystanders. A big hole needed to open up and swallow everyone in this movie but most especially the mewling, tedious hero Caleb played by Adrian Pasdar.

Near Dark is the second film Kathryn Bigelow directed and perhaps her inexperience can be blamed for much of the film's problems. I actually kind of respect what she was trying to do. Wikipedia says she made this adolescent vampire movie when she couldn't get funding for the Western Near Dark was actually meant to be. And the film's Western influences are abundantly clear. It's a coming of age story about a young man who falls in with a gang of outlaws until the experience instils in him the individual moral strength to stand up to those outlaws and resist the pressure to belong to a group. It's not unlike Anthony Mann's Man of the West except the outlaws are vampires. 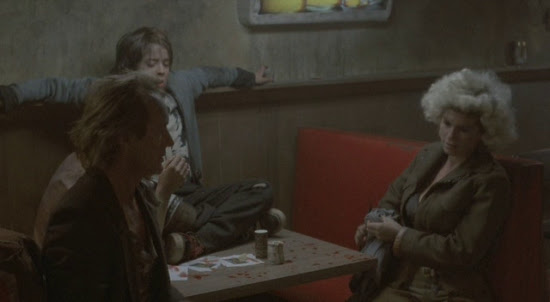 A big part of the problem is that we're to believe this gang which is mostly comprised of people over a century old would act like reckless, stupid teenagers. Perhaps we ought to take it as inspirational that these old timers still get a kick out of scaring the patrons of a lousy little Texas bar. But considering sunlight kills vampires in this world, one wonders how they managed to survive so long when they're comfortable checking into a motel in the same tiny town where they've just committed an extravagate mass murder. It's true they didn't expect the pathetic new fledgling Caleb to leave a witness but mass murder in a small town is the sort of thing where cops start checking up on every stranger currently in town and it wouldn't be out of the realm of possibility for questioning to take place during the day. Possibly a few suspicions would be raised by the dishevelled group huddling together in one room still covered with blood. 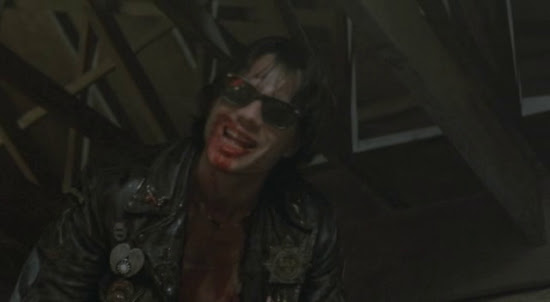 This is shit you'd buy from young Western hoodlums. One doesn't tend to believe it from Lance Henriksen's former civil war soldier.

Bigelow benefited from her relationship with James Cameron by scoring three of the best performers from Cameron's Aliens the year before--along with Henriksen the gang also includes Bill Paxton and the great chameleon actress Jenette Goldstein, the Caucasian Jewish woman everyone remembers fondly as the badass Hispanic space marine Vasquez. I guess she's retired now--according to Wikipedia, "Goldstein is now the proprietress of the store Jenette Bras, a large-size bra specialist known for its slogan 'The alphabet starts at "D".' Wikipedia cites as its source an article at the Jewish Journal. So if you were perusing a religious online publication in the hopes of finding a place to buy large bras from an actress who possibly shares your faith, jackpot. 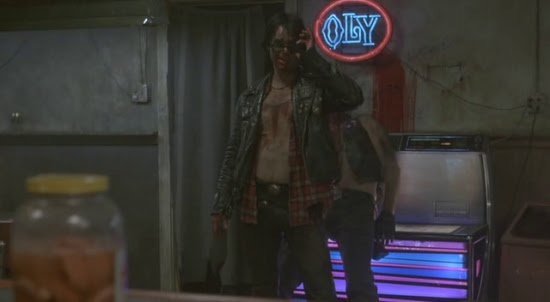 Paxton's as annoying in this movie as he is in Aliens, though in Aliens he's supposed to be annoying. Tangerine Dream's soundtrack for Near Dark leads me with electric guitars to think I'm supposed to find Paxton and the other vampires badass. Certainly they're a lot cooler than Caleb.

I think I might forgive the logical problems with vampires who almost seem like they're begging to get discovered and fried if Pasdar in this movie had been slightly interesting. When he first starts to change into a vampire we spend what feels like an hour watching him wandering town, doubled over and drooling. 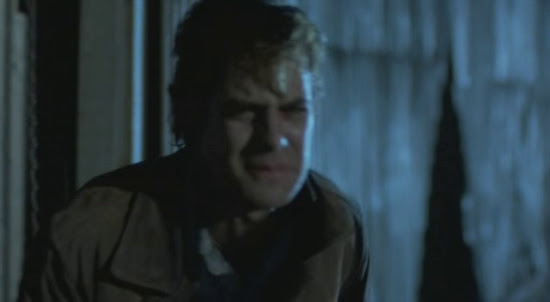 Every scene about Caleb has such a punishing plainness to it; it's like being served a loaf of white bread at a restaurant. In the middle of watching him lurch about in the night I hit a plateau of frustration as I realised I was actually spending my time with a movie that was only telling me with these scenes that "it's painful to become a vampire," over and over again and nothing else.

He's appropriately matched by Jenny Wright as his love interest who ably embodies what might be called "novocaine chic." 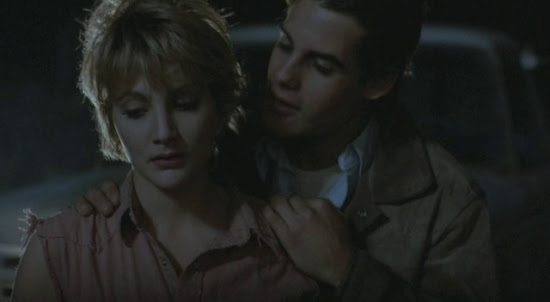 Her face, her voice, her manner, all of it conveys such a strong impression of numbness it's difficult to care when she's onscreen. The movie opens with cowpoke Caleb flirting with her in his pickup truck with whoops and hollers. A competition ensues between the irritation provoked by a frat boy and the disinterest inspired by a dial tone.

The idea here may have been to show the folly of an energetic young man following his lust to a beautiful woman without bothering to understand who she is. This is somewhat sabotaged when by the end of the movie we see there's very little to Wright's character Mae.