Sleepless in the Animal Kingdom 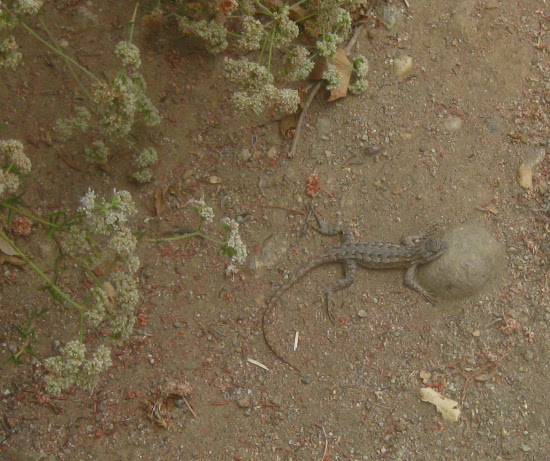 This is the lizard who fell in love with a stone.

I saw him on the way back from lunch to-day. On the way to lunch, I saw this mystery insect; 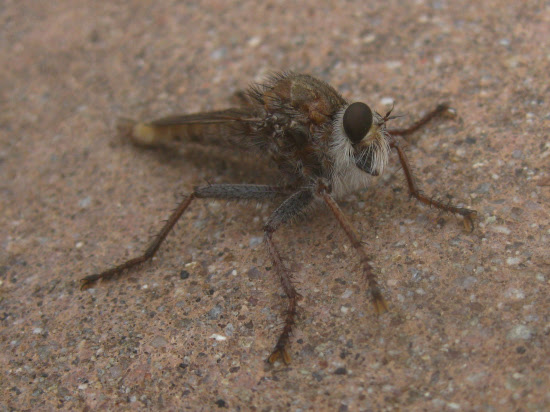 He was alive but he was flopping around, sometimes on his back. I saw a cockroach doing the same thing nearby and I'm guessing someone's gotten zealous with the pesticide. 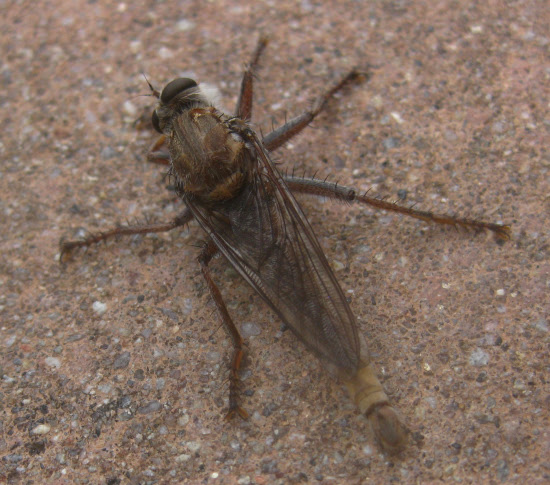 I don't know what kind of insect he is. I've never seen one like him before.

Finally, here's the more photogenic of the two egrets I saw yesterday; 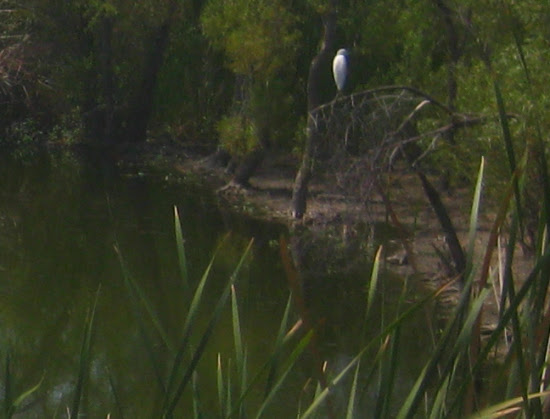 I ought to have tried getting closer.

I'm barely awake right now. I got up early for a guy who was coming to do work on the kitchen ceiling catastrophe. Maybe the brandy with cocoanut ice cream I'd had last night contributed to this grogginess. And I still have lots of colouring to do . . .

I watched the first episode a couple days ago of what's being called Bakemonogatari: Second Season but which is called in its opening credits Nekomonogatari (Shiro)--猫物語(白) (Cat Story [White]). I hope it being called the official second season means it's going to be better than Nisemonogatari and Nekomonogatari (Kuro). So far, it's not bad and one thing it's definitely delivered is change. Disappointing in terms of the fact that two of the gorgeously long haired female characters now have less flattering short haircuts, intriguing in that the episode is told from the point of view of Hanekawa, the girl who in the original Bakemonogatari and in Nekomonogatari (Kuro) transformed into a murderous cat demon. In her human form, she's a pleasant, very intelligent, tightly wound young lady who always seems to have an answer to Araragi's questions--in fact her catch phrase, when Araragi inevitable says, "Wow, you know everything," is "I don't know everything, I just know what I know."

Her cat form is supposed to be all the emotions she's suppressed breaking loose, first for her feelings of abandonment due to her negligent parents and then for her unrequited feelings for Araragi. The voice actress, writing, animation, and direction work together nicely to create an impression of this girl always skating on the thin ice of her restraint.

Araragi, the normal point of view character, is completely absent from the first episode. One misses the rapid and keen delivery of voice actor Hiroshi Kamiya anchoring the episode with Araragi's straight forward observations. But having the resignedly and insistently pleasant voice of Hanekawa narrating gives the story a somewhat sorrowful mystery.

I was impressed to see that, since the episode is from the point of view of a heterosexual female character, the show's fan-service remained faithful to her POV and the only closeups on the bodies of girls we get is what would naturally draw Hanekawa's attention--like Senjogahara stripping down to her underwear.

The episode's divided into numbered scenes and, as Hanekawa remarks in voice over, "Ah! Scene 8 is missing." This coincides with Hanekawa sleeping. One assumes later we'll learn she was rampaging in cat form but I liked how, since she has no memory of it, we have no memory of it. But even better is Senjogahara showing up and acting very subtly strange--slapping Hanekawa and crying, something the normally cool Senjogahara would never do, particularly not with someone like Hanekawa whom she doesn't know very well. And of course there's her insisting on taking a shower with Hanekawa. I fear the explanation of all this will be far less interesting than the mystery.