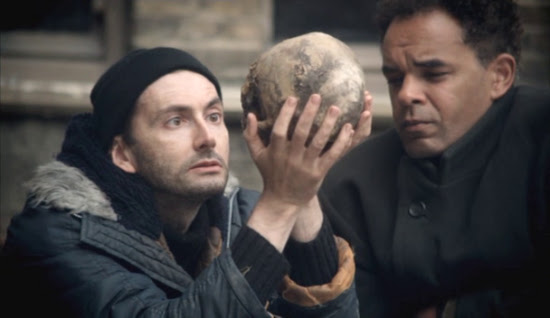 I like David Tennant, I liked him a lot as the Tenth Doctor. I'm still trying to decide how I feel about him as Hamlet in a 2009 BBC film of a production of the play by the Royal Shakespeare Company. It is definitely a good production, particularly for Patrick Stewart as both Claudius and Hamlet's father. Some have questioned the decision to cast Stewart in both roles but I would take even flimsier excuses to have more Patrick Stewart on screen. The two characters are brothers, after all, why not twin brothers?

Stewart had previously been seen onscreen as Claudius in a 1980 BBC production starring Derek Jacobi as Prince Hamlet and another Doctor Who alum, Lalla Ward, in the role of Ophelia. I like Derek Jacobi, but I found him too over the top as Hamlet. I may feel the same way about Tennant, actually, though he is more restrained than Jacobi mainly because he plays Hamlet precisely as he played the Doctor. He even uses the same English accent he used for the Doctor (Tennant is Scottish). I'm not sure if it was a deliberate choice to be so like the Doctor or if Tennant simply doesn't have a lot of range as an actor. 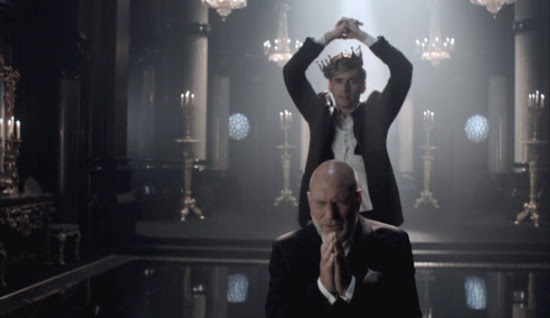 Certainly the manic and energetic qualities with which he imbued his performance as the Doctor are fairly said to be applicable to Hamlet. Though, again, I would like to see a more restrained performance. It's been such a long time since I've seen Olivier's or Branagh's versions I can't remember how I felt about them or if my feelings then would even be the same now.

I think actually my favourite take may be Toshiro Mifune in Akira Kurosawa's loose adaptation of the play, The Bad Sleep Well. There are several deviations Kurosawa makes from the play to set it in the corrupt contemporary world of corporate Japan, one of which is to put Nishi, the Mifune's Hamlet character, in a more straight forwardly deceptive role.

I'm not opposed in principle to setting a Shakespeare play in a time or place different from those which Shakespeare intended. My only beef is that it often seems to be pointless and as someone who loves the Middle Ages and Renaissance I'm always a little disappointed when an opportunity is missed to go to those settings. The 2009 production sets Hamlet in a vaguely 1930s western European aristocratic setting.

In addition to this aesthetic, there's also hi-tech security cameras through which we sometimes see the characters performing. I think the idea is to say something about voyeurism or paranoia but, despite the key scenes of Claudius and Polonius watching Hamlet covertly, and Hamlet's violent suspicions of Rosencrantz and Guildenstern, I don't think the story is particularly about those concepts. Claudius and Polonius watching Hamlet is more of a plot device to convey information between characters and--crucially--they seem not the wiser for it. And Hamlet's not really paranoid--he already knows who did what.

My main problem with Tennant as Hamlet is his delivery so often precisely reflects his lines. If he says something sad, he sounds very definitely sad, if he says something happy, he sounds really happy. This leads to a slightly Mickey Mousing quality and inhibits somewhat the layering of meaning. Over the top, in short. And yet he's clearly committed to and cognisant of the meaning of the words and Tennant has a very effective natural charm.

John Woodvine also appears as the Player King and I was surprised to see he only looked slightly older than he did when he appeared in the Fourth Doctor serial The Armageddon Factor. 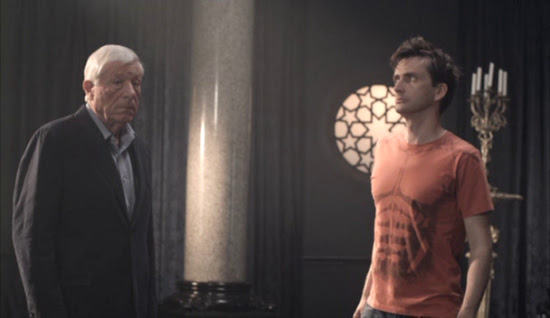 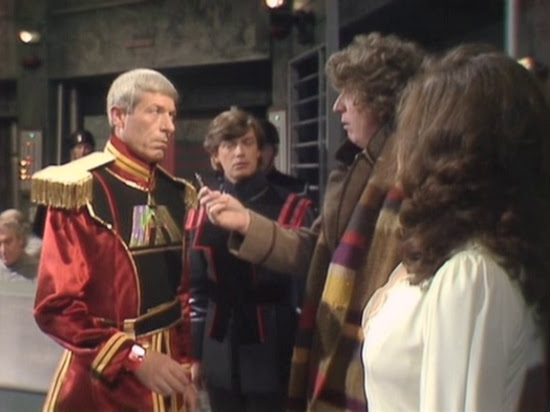