The Venom in Your Neighbourhood 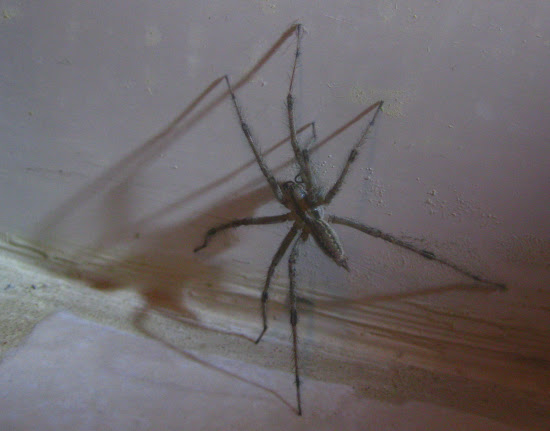 This spider was in my bathroom last night, one of the biggest I've seen in the house. 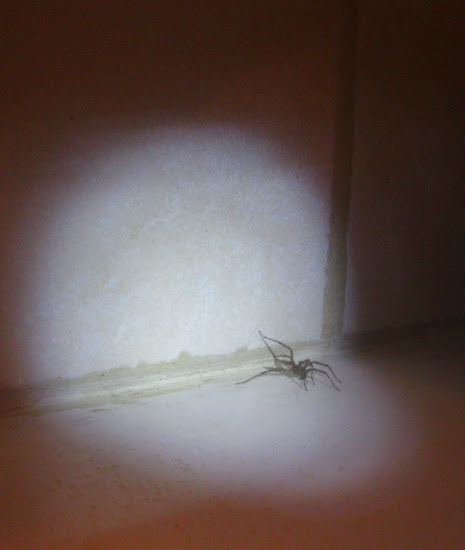 For scale, here he is after I caught him in an empty CD spool; 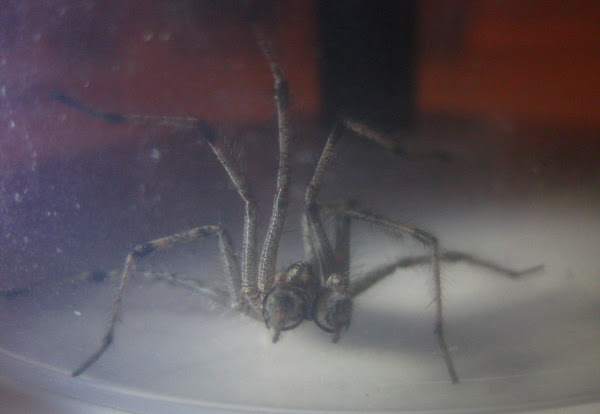 So pretty. It looks like he has little black handcuffs on his fangs, I wonder if that's normal. I'm not sure but I think he's a wolf spider. I let him go outside, of course.

Last night I finished the second season of Game of Thrones. Terrific show. I hope more shows follow this model, adapting whole novels for series. I'm amazed no-one thought of it before--what a nice way to make a whole season feel like a single, long, cohesive story. Gods, imagine if Watchmen had been adapted this way--which of course is how Terry Gilliam had wanted to do it.

On Game of Thrones, there's little of the disjointed feeling that comes with a show where a different writer's at the reigns from episode to episode, even though the teleplays aren't written by the same writer every episode. They have a better blueprint to work from than television writers usually do.

But how magnificent is Peter Dinklage? Watching him on Game of Thrones is watching the extremely rare instance of an actor being uniquely, perfectly suited to a role. I would bet there's no-one else in the world who could play Tyrion Lannister. The penultimate episode of the second season, where he has the thankless job of saving King's Landing from an invasion by sea, is some of the best television I've ever seen, one of the best battle sequences I've seen in modern television or film. Primarily because of what so many critics have said about it, that it focuses on individual point of view rather than bird's eye views of thousands of warriors.

And that's the really impressive thing about Game of Thrones--its focus on character. Where in a film nowadays it feels like there's pressure on every scene to move things along, to get a spectacle every three minutes, the characters in Game of Thrones have room to breathe. People are engaged in war campaigns that take months. In a medieval world, if you're away from home for a while, home becomes a whole different world as we see in Bran's isolation from the doings of the rest of his family while he's at Winterfell. People are stuck in these microcosms and they digest each other. It's great.

Posted by Setsuled at 3:18 PM
Email ThisBlogThis!Share to TwitterShare to FacebookShare to Pinterest