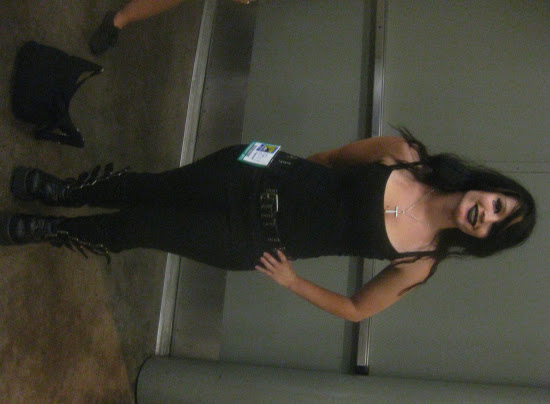 One of the many Deaths I saw at Comic-Con. I mean, no-one died, as far as I know, but there were a lot of women dressed as Death from Neil Gaiman's Sandman series probably because this year there was a Sandman twenty-fifth anniversary panel attended by Gaiman, cover artist Dave McKean, penciller Sam Keith, and letterer Todd Klein. I got in to see the panel but I guess the people in charge of letting people in misjudged the number of seats available because I had to stand against the back wall, from whence I took a couple of blurry photos. 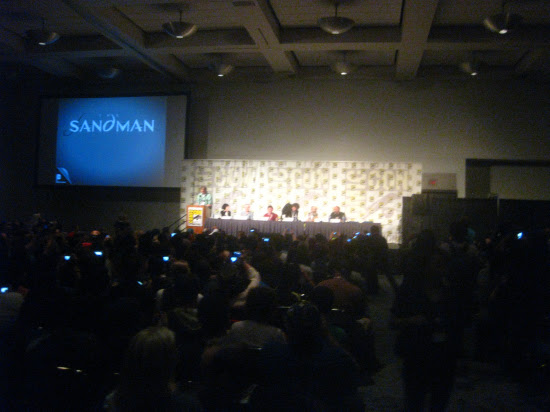 A member of the staff came up to me during the panel and said in a low voice, "You're okay there for now but, just so you know, if the fire marshal comes in and says anything you're going to have to leave." Such were the fires of adversity I faced to see the Sandman panel.

Most of the panel was of course dominated by Gaiman who among other things--and not all writers have this talent--is a good talker. Really, the guy could've been in talk radio, he knows how to avoid dead air and he has a consistent instinct for relieving tension with mildly humorous statements.

Some artwork from the upcoming new Sandman prequel was shown, a series which will take place just before Morpheus is imprisoned in the first issue of Sandman. The artwork looked very impressive, particularly one of Morpheus as a plant by J.H. Williams III.

Gaiman and McKean told a story I think I've heard before about McKean seeing a woman die on an airplane and then seeing a girl in costume as Death from Sandman. Gaiman also talked about meeting Jill Thompson after he'd seen a nude drawing of Death she'd done on request. I rather wish I could find an image of that drawing online.

While I was waiting in line for the Sandman panel, I got in a long discussion with a Finnish woman next to me about the evolution of comics art. Jim Lee had had a panel preceding Gaiman's and we were waiting for his fans to exit to make room and I overheard the Finnish woman explaining to a lonely looking security guard that Lee was one of the artists primarily responsible for drastically changing the look of most comic books from the 1980s onward. When the line moved past the security guard, I picked up the discussion with her and we agreed on how prior to Lee comic art had been less static. Jack Kirby and Steve Ditko were more interested in conveying motion and there was more emphasis on dynamic storytelling. With Lee and after, comics mostly became essentially poster art with incidental word balloons.

I honestly think this is a big part of what killed the comics industry--at some point the priority went to putting stringy slabs of muscle and boob behind cellophane. The discussion on the Sandman panel at one point went to how excited DC/Vertigo was that, with Sandman, they had a comic people were actually reading as though that had become rare. And indeed I suspect it still is. When was the last time Marvel or DC released something, after Sandman, that stood on its own feet, that wasn't building on something someone had created at least a decade before or was being written by someone who'd made his bones at least a decade before? Marvel and DC, financially, are completely sustained by the movie industry and that's partly why their output is a reflection of suffocated corporate think. That's why I didn't stick around to hear Joe Quesada's panel after the Assassin's Creed 4 panel--I didn't want to hear again, as I had in a Quesada panel I'd heard a couple years ago, about how several of the most prominent artists for the publisher had gotten their jobs by being friends with someone in the office.

The Finnish woman and I got to talking about how women are portrayed in comics after she'd had a look at my new Boschen and Nesuko comic--she was uncomfortable with all the nudity but she did say Nesuko looked like a real woman rather than just "a face over some boobs."

We all have our standards of beauty--personally, I wanted this lady to murder me and have my babies;

She was a creation of a movie studio makeup booth--here she is getting made up; 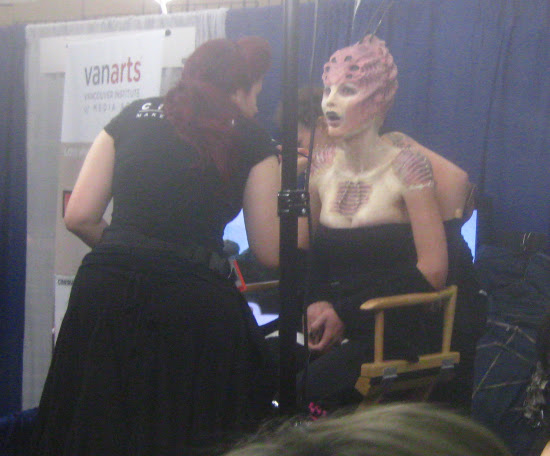 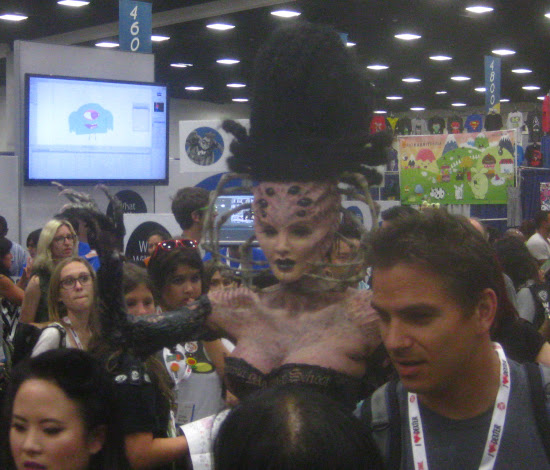 Here's another of their creations; 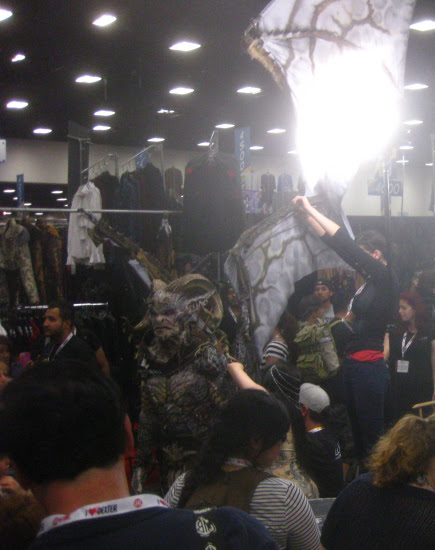 And I'm out of time again. I'll leave you with these good eggs; 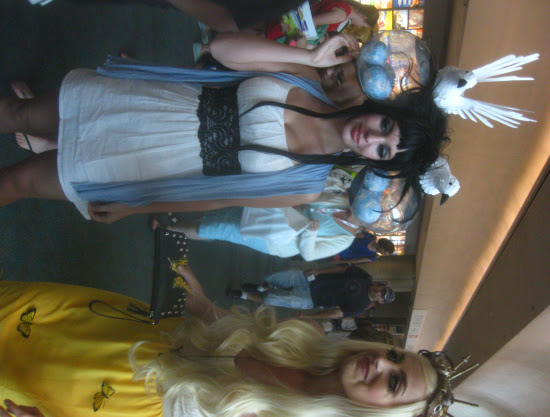 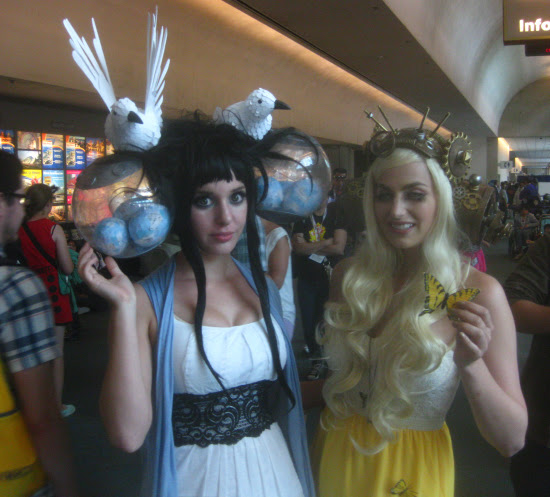