It's a Zombie's World 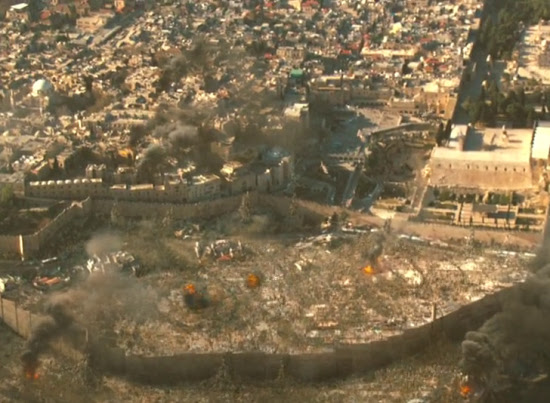 Most zombie movies are about a small town or city in which a few survivors are trying to contain a spreading zombie menace. World War Z imagines what it would be like if the zombies succeeded in taking over. The result is an extraordinarily tense survival film.

The single most effective sequence in the film is probably the beginning where we see Gerry Lane (Brad Pitt) escaping Philadelphia with his family. It occurs to me Gerry Lane sounds like a character Gene Kelly would play. I don't think I've met many Gerrys.

Er, sorry. Wandering. Shambling, shall we say, though that's not what the zombies do in this movie. They're of the 28 Days Later sprinting variety.

We meet the Lanes at the breakfast table and follow them through a relatively normal day until they get stuck in a traffic jam that gradually, subtly gets worse. Director Marc Forster and his editors use extremely effective short shots to convey Gerry's anxiety as the normal chiding of his children to behave in the backseat dovetails with mysterious mobs of people hurrying by and runaway vehicles.

The events that follow are a good, breakneck speed survival thriller film as the Lanes are forced to adapt to new social rules in microseconds. In a really nice, eerie moment, Gerry finds himself reflexively thanking the man who murdered a pharmacist because afterwards he handed Gerry some inhalers for his asthmatic daughter.

After they escape Philadelphia in a helicopter that takes them to an aircraft carrier crammed with refugees the film follows Gerry, who happens to be a U.N. investigator, as he travels the world in search of a way of fighting back against the zombies.

One of the places he goes to is Israel where the Mossad somehow managed to build a wall keeping the zombies out. Here we meet "Segen" (Daniella Kertesz), a young Israeli soldier I quickly developed a crush on. 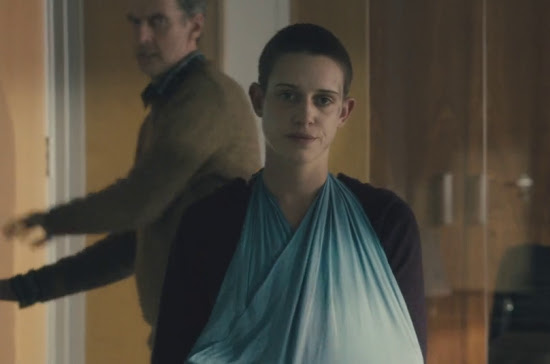 The actress is Israeli but her father's from Transylvania. I dig this dame. 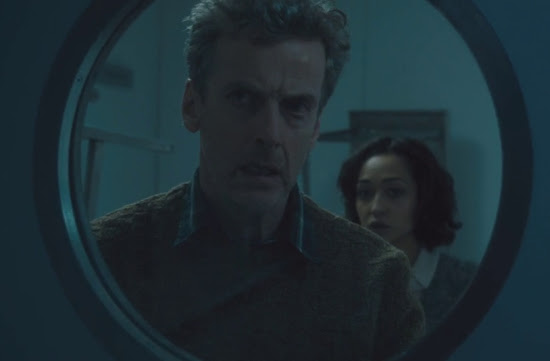 Oh, and then Malcolm Tucker shows up to verbally desiccate the zombies with a decisive bollocking. Well, not really, but Peter Capaldi shows up, not playing Doctor Who but instead a "W.H.O. Doctor". I'm not kidding, that's how he's credited: 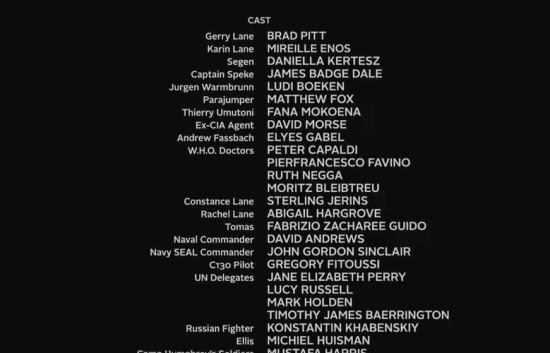 A lot of people complained about the final act of the film which was apparently rewritten several times by multiple screenwriters. Certainly it's much smaller in scale from the rest of the film--basically playing hide and seek in a research facility instead of watching hordes of undead take down a large city. But I thought it was fine.

Though, now reading about how different the book is from the movie it sounds as though the book is a lot more interesting, following disparate individual accounts of surviving the zombie apocalypse. But the movie is pretty good.