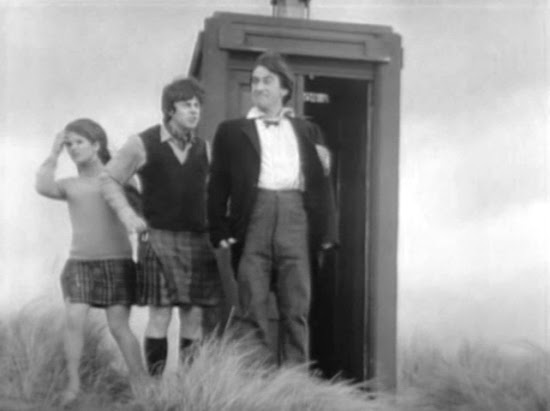 John Hurt's War Doctor in the Doctor Who 50th anniversary special, chiding his successors for their childlike speech and behaviour, might have forgotten the day he ran on the beach, clicking his heels in excitement at the idea of going for a swim. But he did, in his second incarnation, and now we can watch him do it in the recently recovered 1967 serial The Enemy of the World. 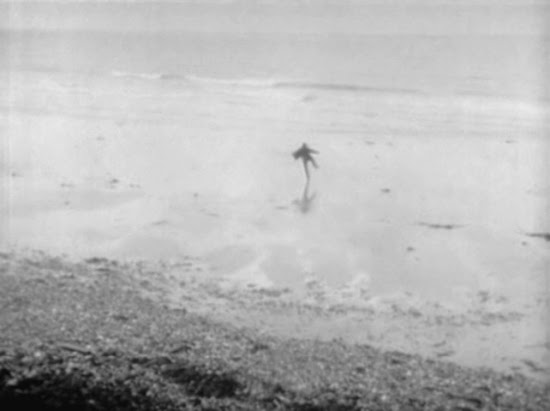 It's an entertaining serial, though not one of the best of the Troughton era. It features a story about how the Doctor and his companions find themselves on Earth in a future where the world is ruled by a tyrant named Salamander who happens to look precisely like the Doctor. 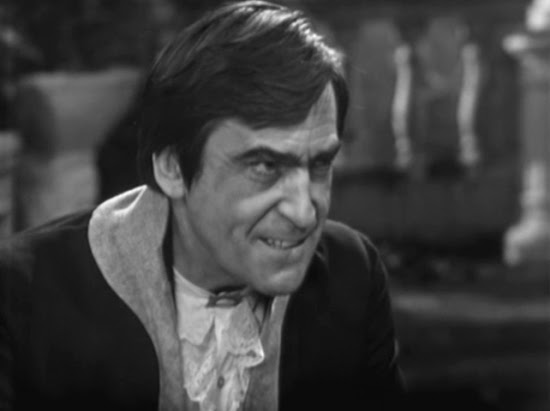 Actually, we're not sure he's a tyrant except for the fact that Troughton plays him with menacing tones. A couple scientists ask the Doctor to impersonate Salamander in order to assassinate him but the Doctor is reluctant to help anyone who wants to resort to violence. So much of the first episodes of the serial revolve around Jamie and Victoria trying to find proof that Salamander is evil. 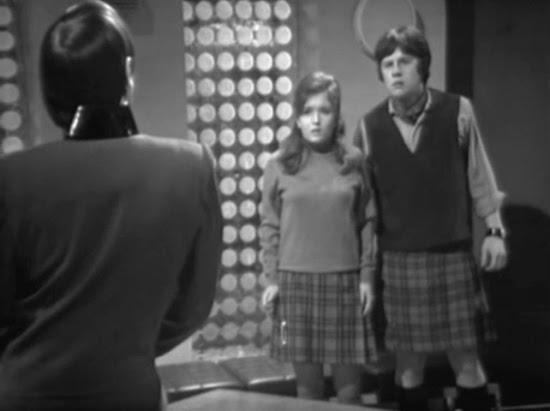 No explanation is given as to why Jamie and Victoria are wearing matching skirts.

One of the things I love about Troughton's era is that, with the exception of the holdover First Doctor companions Ben and Polly, none of the Second Doctor's companions come from contemporary Earth. Jamie is a piper from 18th century Scotland and Victoria is the daughter of a Victorian would-be time traveller. 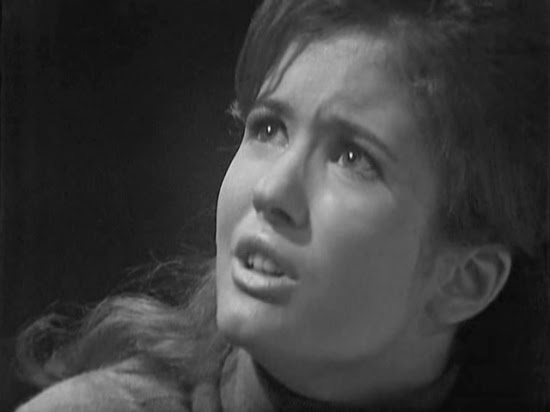 With so many of her episodes lost, we don't really get to know Victoria very well. She's introduced at the end of the Second Doctor's first season in a serial with only one surviving episode (The Evil of the Daleks) and she leaves in the penultimate serial of Troughton's second season which is missing entirely (Fury from the Deep). Only two complete serials from her run exist--The Tomb of the Cybermen and now The Enemy of the World.

Mostly I prefer her successor, Zoe, who's a little pluckier than the somewhat whiney Victoria who seems to come from the same mould as Kate Capshaw. I feel like the potential inherent in having a Victorian woman travelling in the TARDIS was never quite realised--I don't see why Jamie was able to keep wearing a kilt but Victoria had to switch to completely modern clothing. She has a nice moment in Enemy of the World when, pretending to be a cook in Salamander's castle, she's asked by the chef about what she can make.

When he demands she give him a detailed recipe she searches her memory and finally says, "We used to have a lovely pudding at home. With lots of almonds, eggs, lemon peel, candy peel, oranges, cream, and . . . oh, it was lovely!"

"You wouldn't know how to make it?"

"Oh, it's quite simple, really, you sort of whoosh it up all together."

She tells him, to his exasperation, that this is a recipe for Kaiser Pudding. 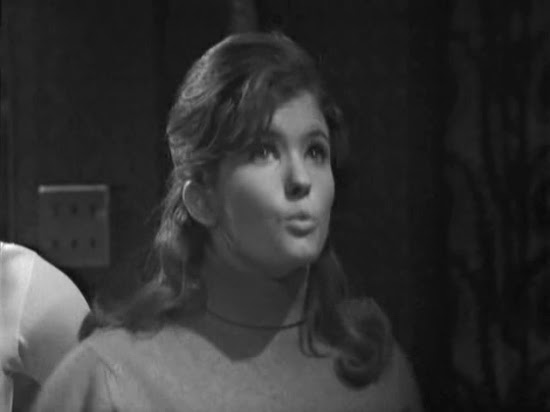 There's a whole new plot introduced to the serial just past the halfway point that almost doesn't make any sense. I guess it kind of does, though--I won't spoil it for you. Mostly, I like the serial for the care the Doctor takes in discerning who the real villains are. The heroes and villains in this story are a little harder to distinguish than most stories from this era of Who which is nicely reflected by the two characters played by Patrick Troughton.