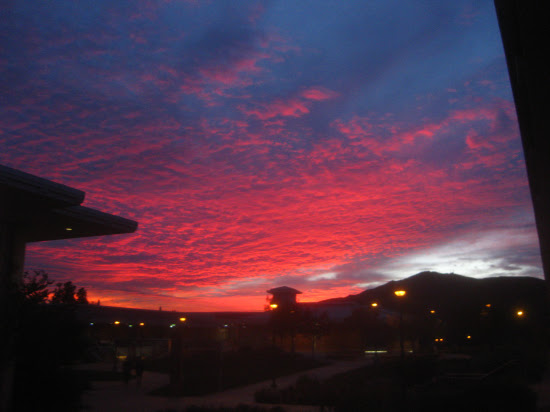 This was the sunset at school yesterday.

To-day so far I've been working on a massive pile of math homework and prep material for to-morrow's test. I am so bad at math. 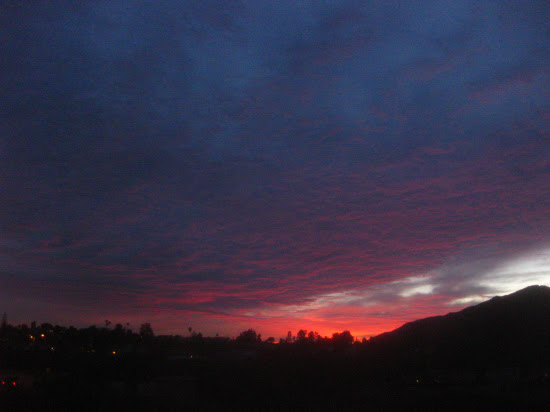 Going through my old books and things I found my favourite book from when I was in second and third grade: 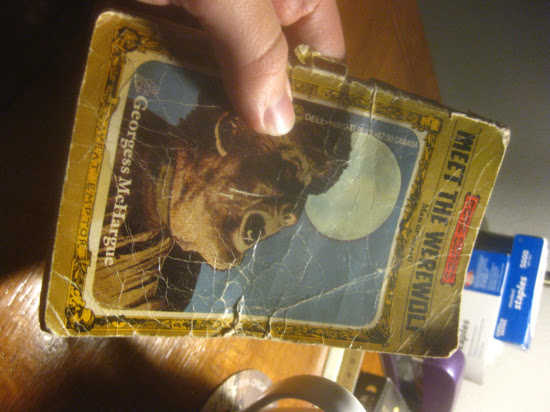 I read this book over and over when I was a kid as you might be able to tell from its condition. It's missing its back cover, too.

The language with which it's written is, sometimes charmingly, clearly directed at children. But it had a lot of real information about shapeshifters in myth and folklore as one can see from a glance at the index: 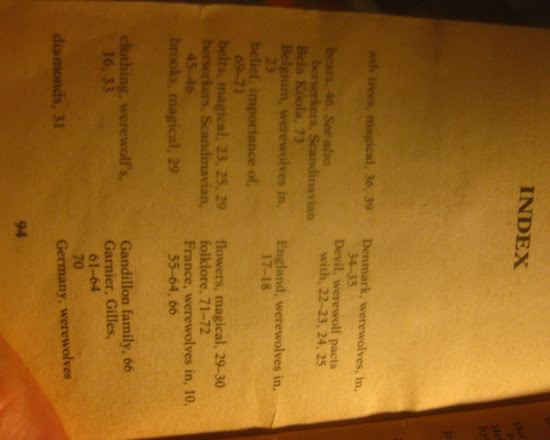 It had some nice illustrations, too. It was the first place I saw "Les Lupins" by Maurice Sand: 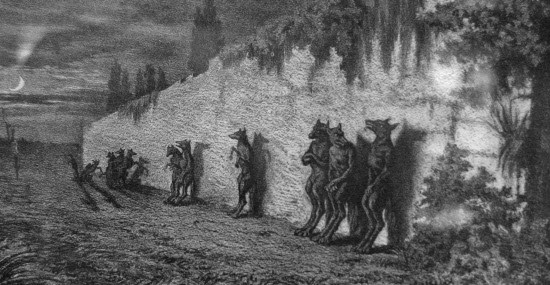 And there are some nice original illustrations by Stephen Gammell: 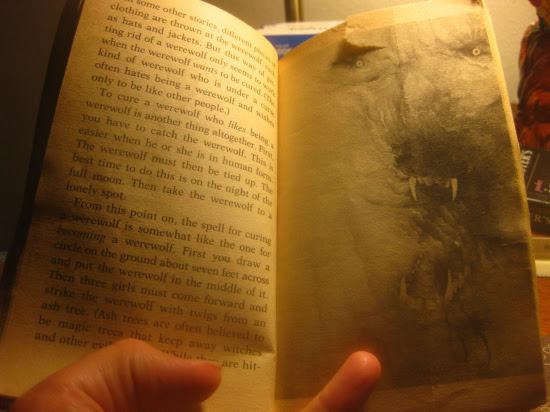 As you can maybe see on the left page, a lot of the folklore is rather delightfully presented as fact which might be why, as this person notes in their Etsy auction for the first edition, the book started getting banned in school libraries.

Anyway, it's just one of many books I'd rather be reading now than my math book.