They Learned to Smile as They Kill 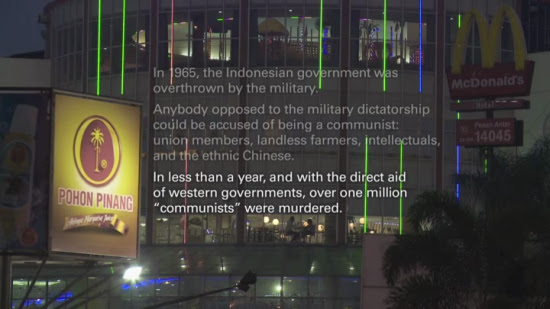 Government sanctioned mass murderers are growing old in comfort in Indonesia. The documentary by Joshua Oppenheimer, The Act of Killing, introduces us to a few affable old men who are all comfortable boasting about slaughtering men, women, and children, and burning their homes. If you aren't haunted after seeing this movie, you're a psychopath or an android. I've never seen anything like it. It's not so much a biographical account of these men's lives and crimes as it is an exploration of how human beings commit such acts. With an emphasis on the "human" part because this isn't a story about bitter, decaying villains. It's about a gentle grandfather who personally executed over a thousand people, a friendly man who fondly and unabashedly recalls raping fourteen year old girls, and an unflappable gentleman who says worrying about government sanctioned murder from fifty years ago is the sign of a weak mind. 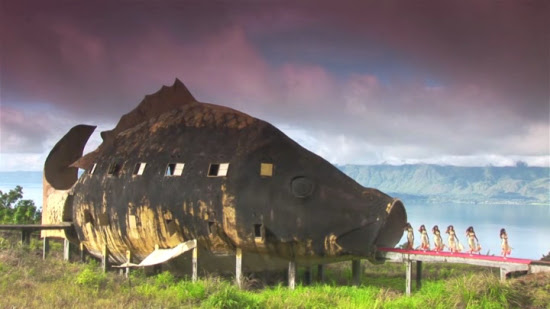 The film opens with a surreal image it repeatedly comes back to--a large metal tunnel shaped like a fish with dancing women on the track. There is an element of surrealism to this movie as the filmmakers invite the death squad veterans to create re-enactments of their actions in the style of their favourite films. 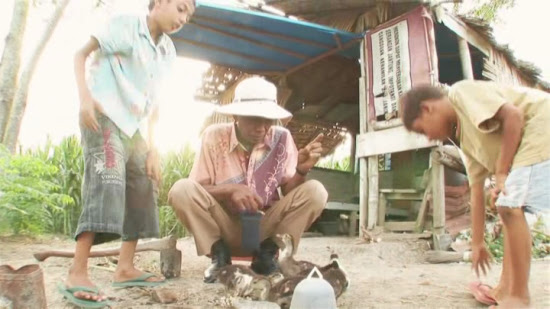 Mostly we follow Anwar who describes emulating Marlon Brando and Al Pacino. A scene where Anwar feeds ducklings with his grandchildren does somewhat recall Brando's final scene in The Godfather. But although there is the same peculiar gentleness there's none of the wisdom or spiritual strength we sense in Brando. In a way, Anwar seems like a kid who was once driven by giddy, nervous energy who has now become quiet and reflective but only a little wiser.

Like many of the men who perpetrated the slaughter of anyone who could be described as Communist for the flimsiest reasons, Anwar was a gangster when he was recruited. His territory included a movie theatre where he describes coming out after seeing an Elvis Presley movie and maintaining the good mood the film put him in while killing people across the street, even dancing a little as he killed. 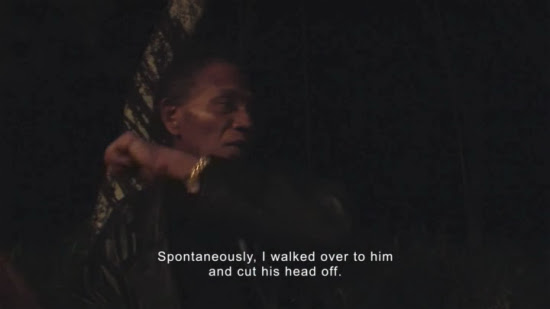 Of all the men we meet in the film, Anwar is the closest to feeling remorse for his actions and he describes having nightmares. They attempt to dramatise the nightmares in their film by having an actor dress in elaborate makeup and costume and appear through a mist to Anwar while he's in bed. He's meant to be the ghost of one of Anwar's victims. 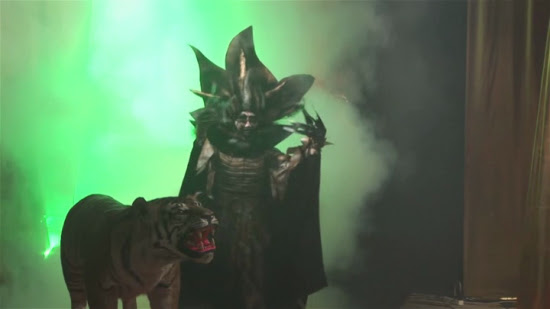 One senses Anwar doesn't get precisely what he wants from the scene.

As the film progresses and the nature of the project forces the men to think about what they did in a new way, their philosophising becomes increasingly strange and contradictory. Many of them remark how the word for "gangster" means "free man". This guy: 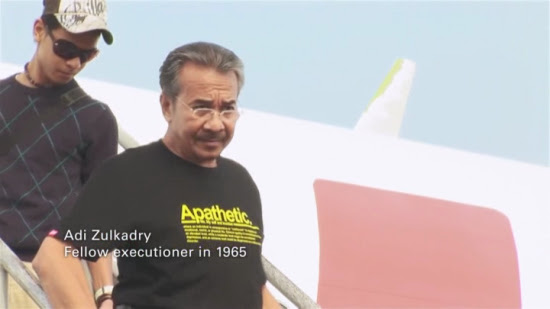 the unflappable gentleman I mentioned, whose t-shirt is bizarrely accurate, responds to the filmmaker's mention that the things he's done are considered war crimes by the Geneva Convention by saying to-morrow there may be the Jakarta Convention. He asserts laws governing ethics and morality are temporary things and so he has no regrets about his actions.

The justifications he offers and Anwar's unsatisfying attempts to find some sign of reproach from Heaven are reflected in the film's repetition of surreal imagery. They know too well there is no salvation or damnation--there's no objective meaning, only different flavours of propaganda. 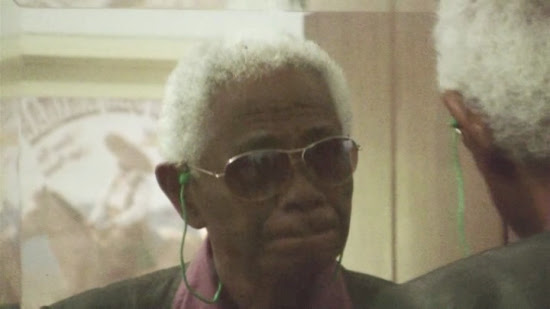 This is a sort of torment, particularly for Anwar. But, one senses, hardly equal to the crime. 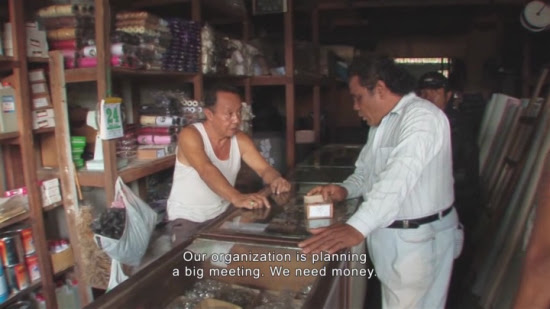 Of course, there are plenty who seem completely immune to introspection, like the rapist I mentioned, who the film follows on his daily routine. He lives to-day as a gangster still, a big man who collects money from poor merchants and beats those who don't pay up. He laughs as he recalls saying to one of the girls he raped, "It'll be Hell for you but Heaven for me."