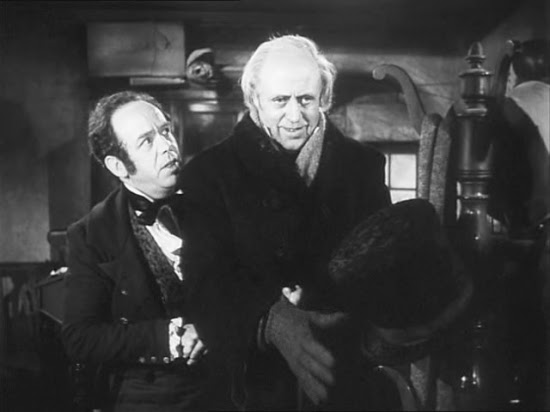 I wouldn't be the first to note the sad irony of Christmas being made into a holiday for consumerism. Certainly the varied roots of Christmas aren't related especially to economic systems unless it's the implicit anti-Capitalist nature of a communal feast in the heart of winter. It was in the mid-nineteenth century that Charles Dickens wrote A Christmas Carol, inspired by his childhood experiences and Washington Irving's writings on Christmas. Dickens' book takes a direct and undisguised stab at Capitalism--it's such a pure and fundamental aspect of the story that it's impossible to create an apolitical adaptation. 1951's film version, Scrooge, with its gorgeously Expressionist cinematography and wonderful performances, doesn't seem to make any attempt to disguise the story's traitorous altruism. 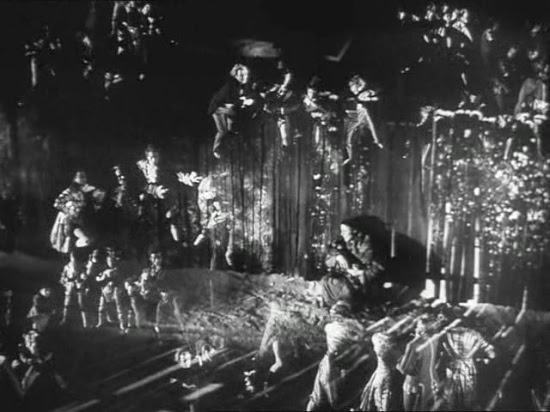 Scrooge, comfortably eating soup in front of a massive fireplace, alone in a massive house with servants, while a woman huddles outside in the snow with her baby in itself hardly presents any virtue in the idea of wealth being apportioned to the deserving by the invisible hand of the market.

Alastair Sim plays Scrooge in this version quite effectively though I must say I prefer Alastair Sim when he's happy or at most mildly put out. Sim is best when he seems to be inwardly laughing at people and circumstances. But he ably barks a humbug or two in this film. 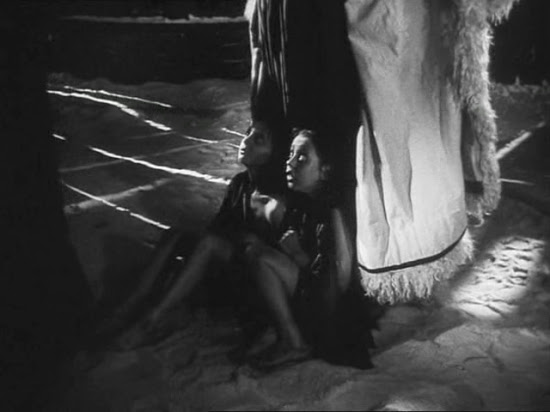 This version even has the strange image of Ignorance and Want, manifested as bony children, clinging to the ankles of the Ghost of Christmas Present, just as they are in the book. This image was one of many crafted by Dickens to set the popular Victorian idolisation of children against the emerging industrial system which exploited children to new extremes. This cultural hypocrisy was a frequent target for Dickens.

More time is spent with the Ghost of Christmas Past as we watch Scrooge's progression from innocent young clerk to a vicious businessman. He and Marley usurp first one employer then another, retaining old employees at reduced wages.

Somewhat less effective are the portrayals of Scrooge's relationships with his family and his lost love. But the movie finishes very well with Sim's goblin eyed exuberance. 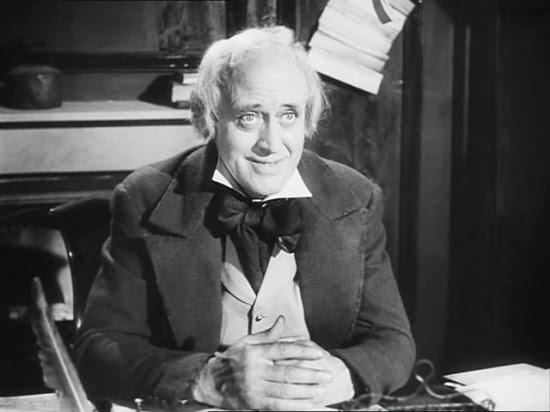