Neon in a Vacuum 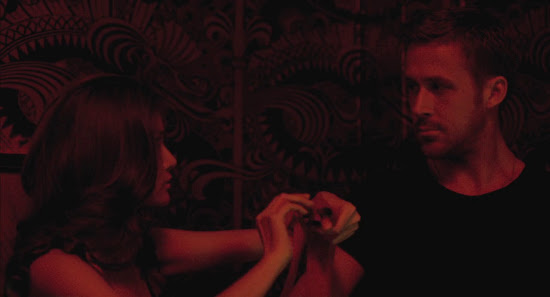 One of the problems with what is often called film noir in modern cinema is that such films have uncomplicated protagonists whose actions are simply heroic, as in Sin City. A truer example of film noir in 2013 was Nicolas Winding Refn's Only God Forgives which creates a beautiful world of death propped up in darkness by pink and blue neon where neither virtue or ruthlessness insure success or survival and misfortune comes with an inevitable sense of guilt. It's not half as good as Winding Refn's previous film, Drive, but I admire the endeavour immensely.

Ryan Gosling plays Julian, an American gangster operating in Thailand with his brother, Billy (Tom Burke). Together they also run a boxing club. 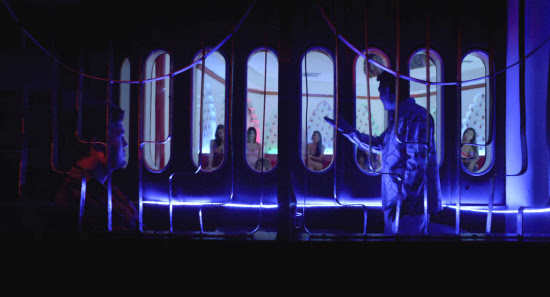 At the beginning of the film, we watch Billy prowl the Bangkok brothels and streets trying to find a 14 year old prostitute. Eventually he settles on a sixteen year old he beats to death after having sex with her.

The girl's father, who had forced her to work as a prostitute, shows up with Lieutenant Chang (Vithaya Pansringarm), a police officer who in practice seems to be more of a mob boss. He gives the father permission to murder Billy for revenge, which he does. 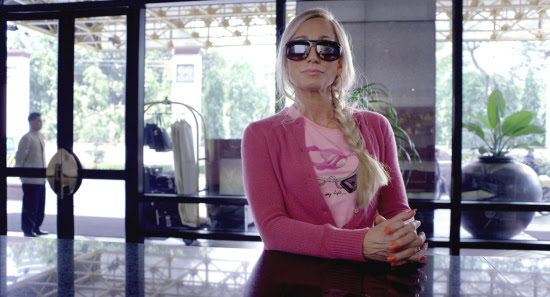 This has been a good year for female crime lords in cinema--in addition to Cameron Diaz in Ridley Scott's The Counsellor we can include Kristin Scott Thomas as Crystal in Only God Forgives. She's Julian and Billy's mother and comes to town to find out who killed Billy and take vengeance. She has clothes and hair like Paris Hilton but it's like seeing Lee Van Cleef dressed as Pee Wee Herman. The person and the wardrobe are too at odds to be even ironic. Somehow this dissonance leads one to assume Crystal is especially dangerous which Kristin Scott Thomas backs up with her performance as the ruthless woman.

Unknown to her, Julian has already tracked down Billy's killer before she even got to town. She's furious when she learns Julian had decided to let the man live. 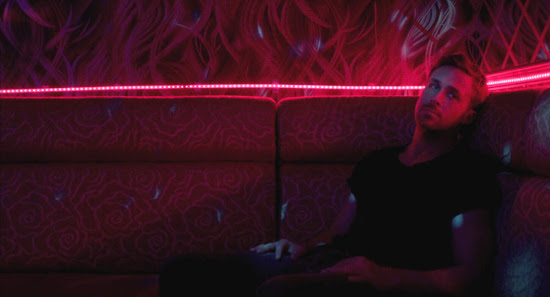 This is what makes Julian unlike everyone else in the movie. When he learns Billy had murdered a sixteen year old girl, he doesn't feel like punishing the girl's father for what he did to Billy.

At the same time, Julian is completely loyal to his mother. When Mai (Rhatha Phongam), a favourite prostitute who Julian has pose as his girlfriend, witnesses Crystal humiliating Julian at dinner, she asks him why he lets his mother speak to him like that. He angrily responds, "Because she's my mother." Mai returns the dress he gave her. 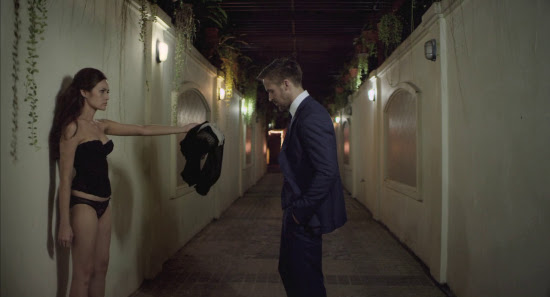 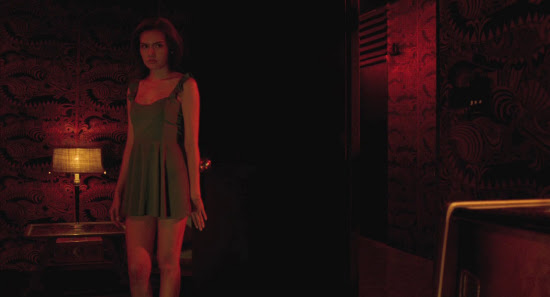 I like this part of the movie but it's also one of its shortcomings. Julian's vision of walking up to a completely darkened doorway and a long reaction shot of him standing still, quietly staring into it was slightly too Lynchian. It was almost like the episodes of Twin Peaks not directed by Lynch which falter because the directors are trying too hard to replicate Lynch's strangeness and so stray too far from their individual languages as artists. This scene in Only God Forgives was just a bit too reminiscent of Fred Madison in his hallway at home in Lost Highway or Laura Palmer walking into the picture on her wall in Fire Walk With Me. 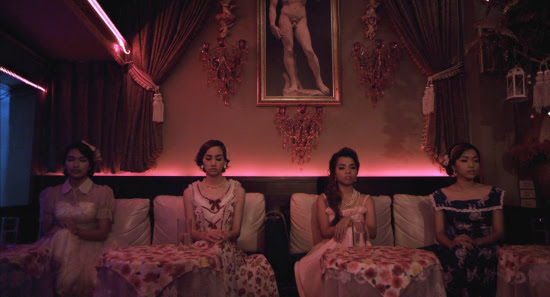 But Only God Forgives has plenty to love in its visual style. The production design is gorgeous, seedy and dreamlike. My favourite is a club owned by an English gangster that looks almost like it was shot by Jack Cardiff. 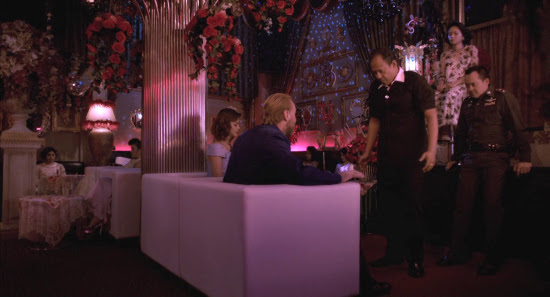 Ryan Gosling is the central character yet he only has seventeen lines in the film. It says something about Gosling's performance and Refn's direction that his moral conflict is nevertheless so interesting.

Lieutenant Chang is also a quiet fellow but as impressive as Angel Eyes in The Good, the Bad, and the Ugly or Frank in Once Upon a Time in the West. Yet the only thing that really makes him the villain in this movie is the fact that the point of view is established from Gosling's character. Chang tortures people to find out who put a hit on him and he executes a murderer. That's not even close to the bad shit Crystal and Billy get up to.

In one fascinating scene, Chang and Julian have a bare-knuckle boxing match at the boxing club. The outcome of the fight will seem strange to many viewers. The same viewers will find it stranger that we can detect a very subtle respect Chang feels for Julian afterwards.