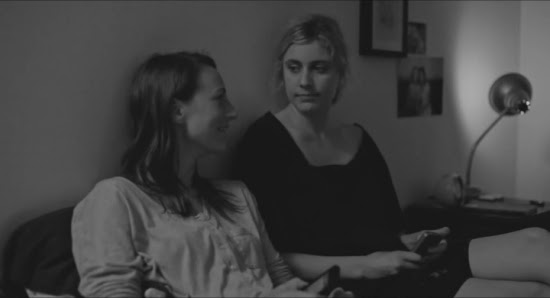 If Daryl Hannah and Debra Winger had a daughter she'd probably look something like Greta Gerwig. That's the impression I had watching Gerwig star as the titular misfit in Noah Baumbach's Frances Ha. It's been compared to the French New Wave and the new TV show Girls. I've seen lots of French New Wave but only one episode of Girls--even so, I'd say Frances Ha is probably a little too cute to be either one of those. But it's a pretty sweet film and the screenplay by Baumbach and Gerwig has a real ear for how people talk and how relationships work in the world of well-off twenty-somethings it depicts.

Frances and Sophie (Mickey Sumner) are roommates and best friends at the beginning of the film, having an intense chemistry of silliness much like two real best friends who have stopped being concerned with beginnings and endings of many conversations. We watch them play fight and pee in the subway together. 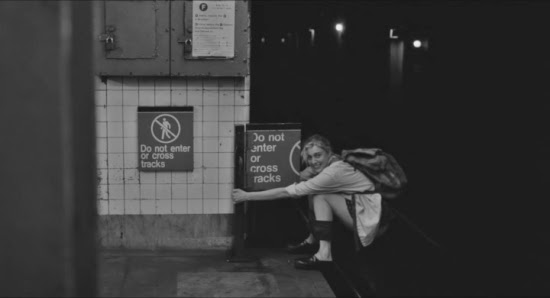 "We're the same person with different hair," says Frances on more than one occasion in the film, even after she and Sophie have become estranged. "We're like a lesbian couple that doesn't have sex anymore," she says at another point to which I said, "So have sex then!" But alas, that's not where the film was going.

It is a very chaste film in comparison to Girls and the French New Wave. Actually, there's less sex in this movie than in Terms of Endearment or Splash. One of the few negative reviews I've seen of the film describes it as "parental"--which is about right--It doesn't feel as though we're meant to look at these characters as peers but as our little ducklings undergoing gentle experiments readying them for adulthood. 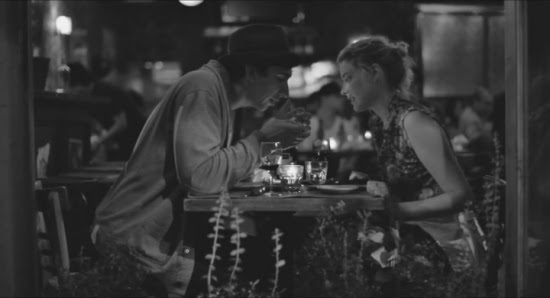 And why not? I guess the black and white footage shot entirely at real locations leads one to expect something a little grittier.

Frances, despite possessing a gawkiness that may only be exceeded by Debra Winger or Calvin's parents from Calvin and Hobbes, is an apprentice in a dancing company. No one really seems to think she'll get anywhere with it though the woman in charge of the company is politely supportive. 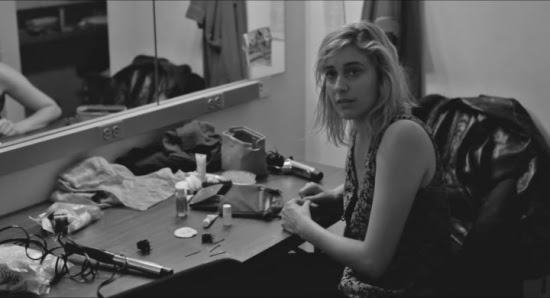 One character describes Frances as seeming older than Sophie but less together despite the fact that both women are twenty-seven. Indeed, Frances is lucky she lives in movie where no-one is sinister and she's constantly meeting people who want to give her places to stay with no strings attached including, at one point, an apartment to herself in Paris. 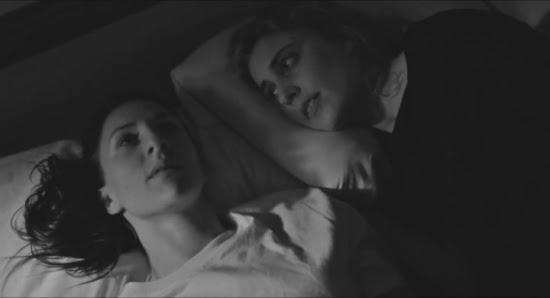 This comes after my favourite scene in the film--a dinner party with a snooty rich family where Frances seems to constantly say things off-key with the rest of the conversation that make her seem completely pathetic. One moment rambling about a friend she knows in Paris and how that friend had fit into her college clique, the next asserting again she and Sophie are the same person before passive aggressively insulting Sophie's knowledge of literature. Frances still bears the wounds of her recent rift with Sophie.

You cringe as you watch Frances being so vulnerably weird and genuine with this group of very polite, normal people. Then she has a scene where she describes what she believes love ought to be like that captivates them. The movie attempts to show here that Frances, for being such a genuine and awkward person, is able achieve insight and connect with the human heart better than others. The movie comes back to this multiple times, which is sweet, though it probably would have been more effective if Frances had been in a more perilous world. But Gerwig is charming and the movie is funny.

Posted by Setsuled at 11:24 AM
Email ThisBlogThis!Share to TwitterShare to FacebookShare to Pinterest