A Place of Muddy, Villainous, Treacherous, Slightly Bad Goings On 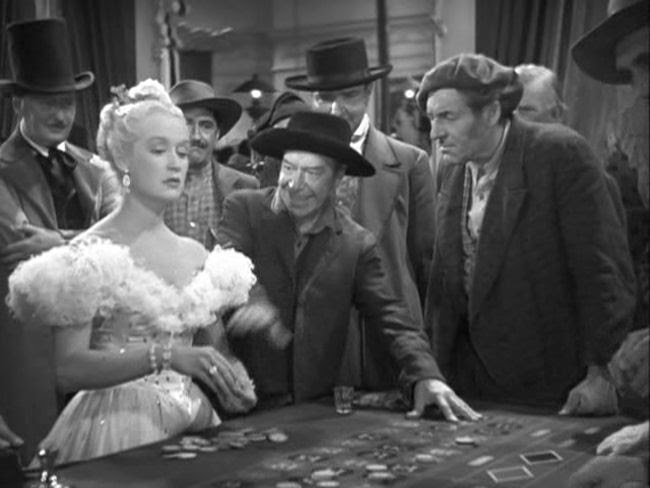 How did a lavish historical fiction film made by some of the most talented people ever to work in Hollywood turn into a two bit melodrama? The answer is censorship, the Hays Code, the sudden legality of which forced drastic changes during production of Howard Hawks' 1935 film Barbary Coast. What promised to be a fascinatingly unusual film about hard living in mid-19th century San Francisco is rendered run of the mill by a variety of changes to the script even the great screenwriter Ben Hecht couldn't make work. But there're still some good reasons to watch the movie, from the amazing production design to good performances by the lead actors. 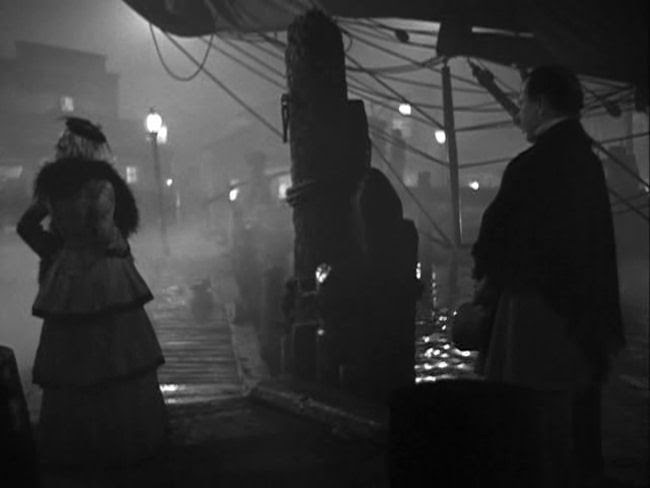 The opening of the film, featuring Miriam Hopkins as Mary Rutledge, arriving by ship to meet her fiancé, creates an extraordinary sense of a distinct environment--San Francisco's docks, a place of fog and treacherous mud. 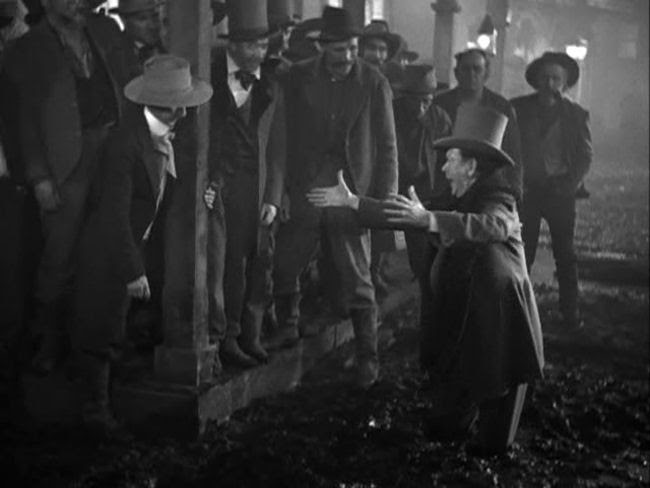 A later scene in a marketplace shows even more impressive design, with detailed stalls and booths rich in character, crowding into the screen. 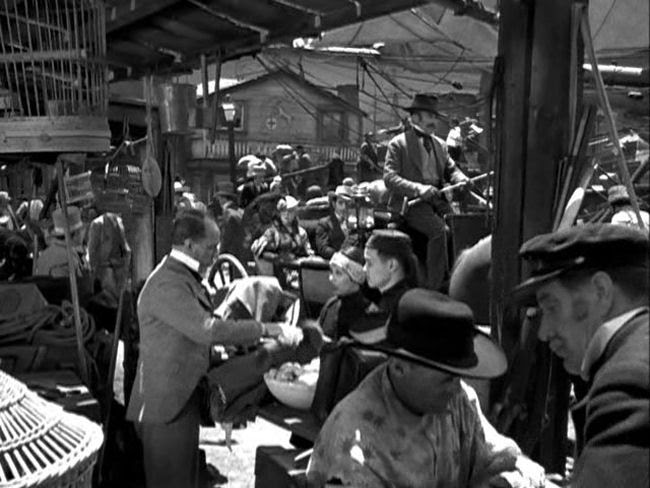 A story that was originally to be about prostitution becomes a thin melodrama about how Hopkins becomes the kept woman of the town's crime boss, Luis Chamalis, played by Edward G. Robinson. A woman kept by a man who doesn't expect sex from her for giving her money, fine clothes, and jewellery. Robinson plays Chamalis like one of his gangsters transplanted to the wild west--in a fascinating scene, the sheriff comes to arrest one of Chamalis' men only for Chamalis to turn around, bring the town judge into the conversation, open court right in the middle of the saloon, and find Chamalis' henchman innocent. Here Robinson really gets to be a Caesar. 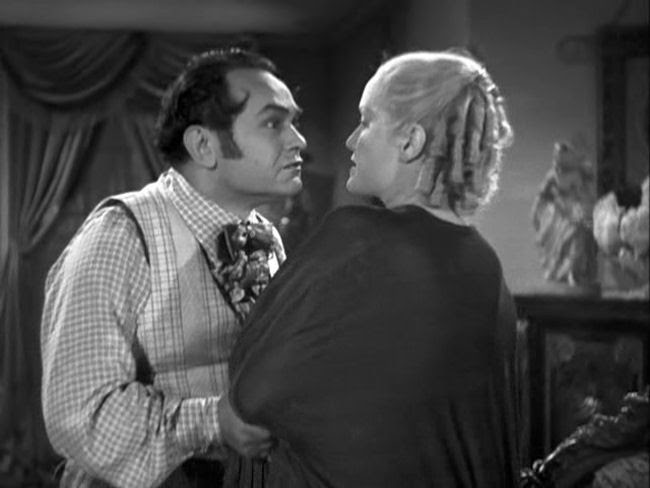 His insistence that Mary love him back before they sleep together would be intriguing, almost like Conrad Veidt's character in The Thief of Bagdad, if one didn't sense how it was borne of censorship constraints. As a counterpoint, Joel McCrea turns up as the naive Jim Carmichael, a gold prospector and a poet, so pure of heart he's almost annoying, saved only by McCrea's realistic performance. 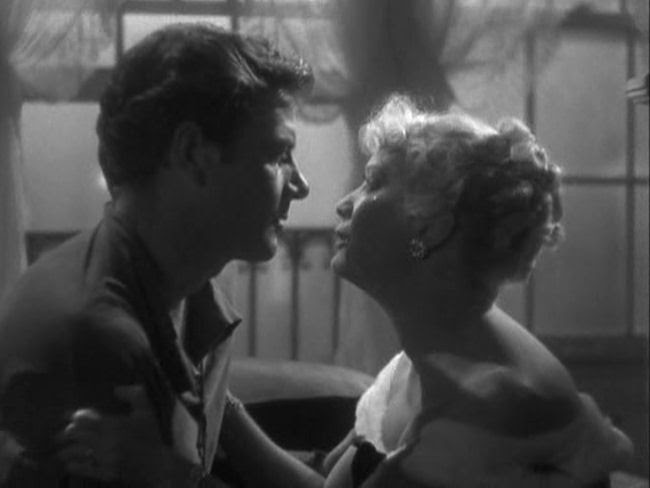 The climax of the film runs through a list of standard melodramatic points. One can only speculate how great this movie might have been.