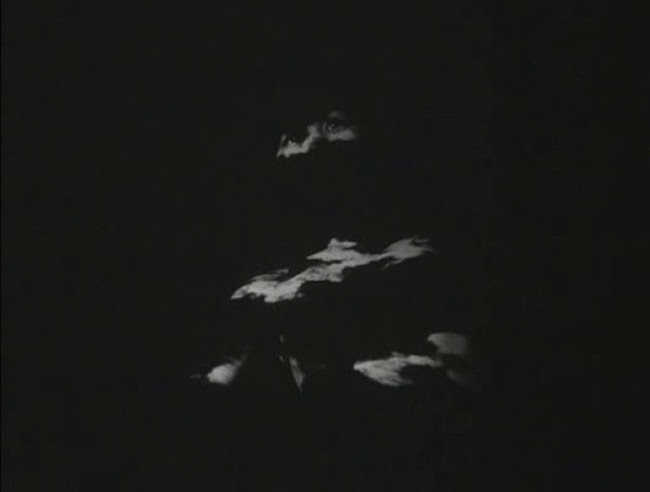 The film opens with Nanami (Kuniko Ishii), the prostitute, taking Shun (Akio Takahashi) to a hotel room. She undresses for him and they kiss and spend some time rolling around in bed but he's too shy to go any further. 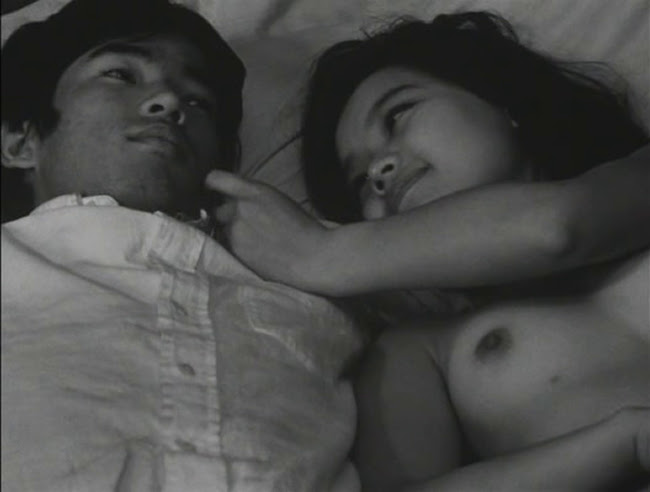 So he tells her about himself, how after his mother abandoned him as a child he went to live with a couple who are more or less his foster parents. We learn later the stepfather sexually abuses Shun regularly, something a police psychiatrist unearths but for some reason does nothing about. 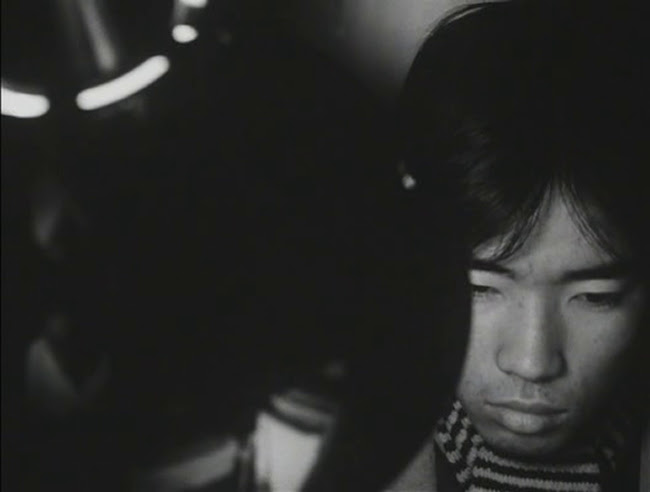 He hypnotises Shun in an interesting scene where we see his memories playing like a movie projected on a screen and, when he gets to the scenes of abuse from his stepfather, his stepmother (Kazuko Fukuda) steps in front of the projector, demanding the sessions stop, please. 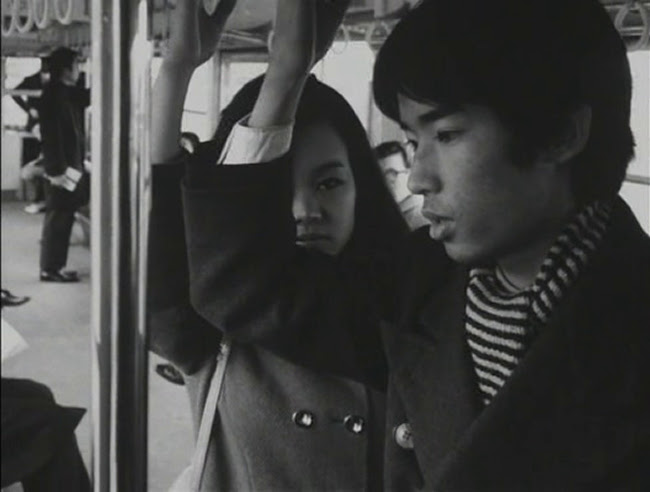 In another instance where the film uses the concept of film in an interesting way, he accompanies Nanami to her former high school where a friend of hers is showing his student film. Shun initially is very rude to the other boy, obviously feeling jealous that Nanami is paying attention to someone else--Nanami, in a more benign display of immaturity, doesn't understand why Shun is being rude. The film is partially in colour--and The Inferno of First Love briefly switches to colour for it--and we see Shun empathising in spite of himself with the film about the young filmmaker's unrequited love for a classmate. I thought this was a nice way of showing how art and film in particular can be a healing influence. 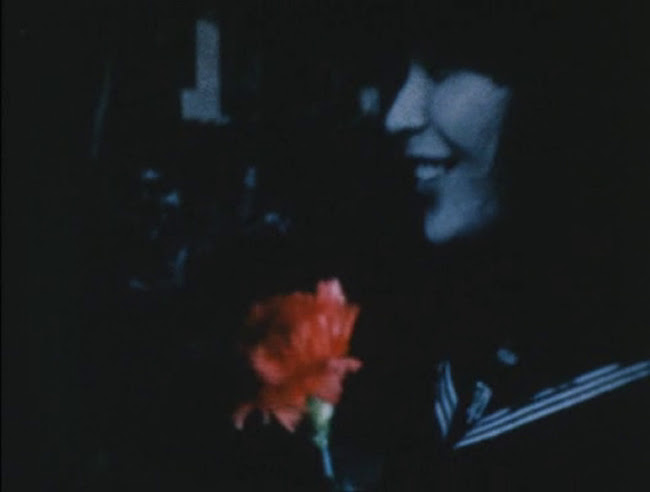 Shun's best friend is a prepubescent girl he meets sometimes in the park. Although he's attacked by a mob who thinks he's a paedophile in one over the top scene, Shun clearly seems to bond with the child because they're close to the same level of emotional development. He's frightened of sexuality as we see in one overlong scene where he follows Nanami into a basement studio where she poses for fetish photos. 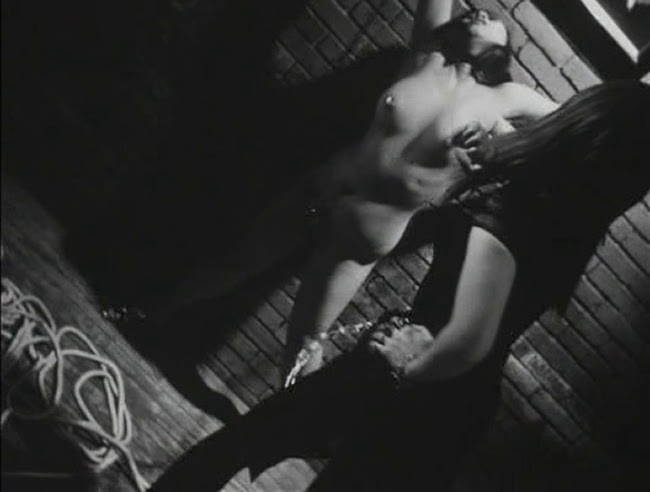 Nanami also tells Shun about herself in that first hotel room scene, how she had started out posing for nude photos before gradually becoming a prostitute. Her parents were the ones who originally sent her to work as a nude model and her life is quite innocent in comparison to Shun's. Though I think the filmmakers may have been slightly more critical of her career than the film succeeded in being--in one funny scene, a crazed food cart proprietor strips down and poses in the street. 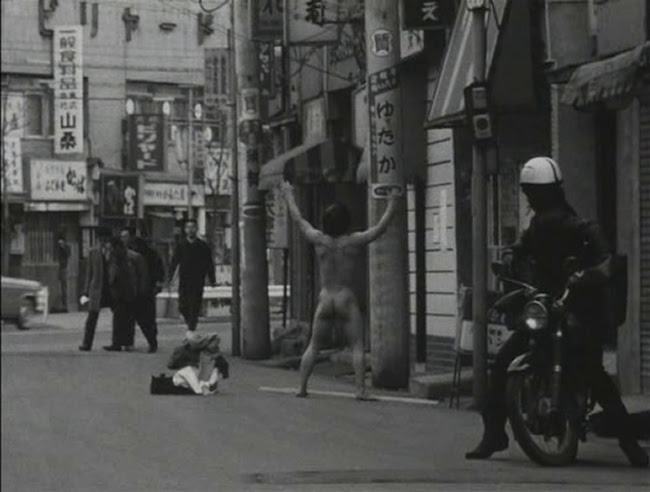 A friend calls Nanami outside to laugh at the man and Nanami unconsciously comes outside half naked, nonetheless laughing at how silly it is for someone to be posing nude for the public. 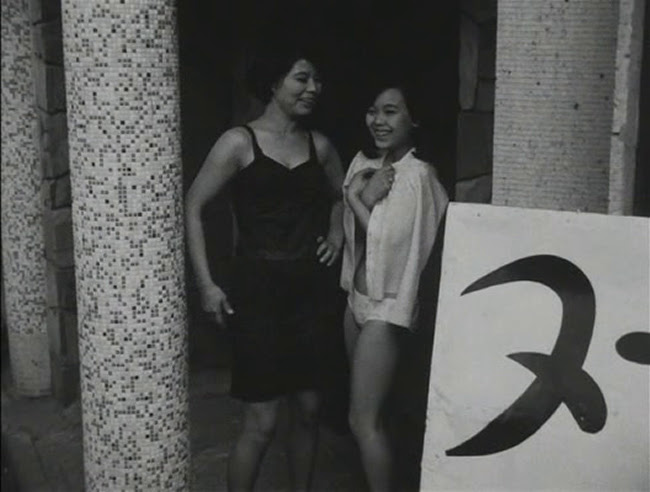 But despite the English title, the film's much more about Shun. Nanami seems to basically be leading a happy, stable life while Shun seems as though he might never fight his way through the fog of distorted feelings life has generated around him.