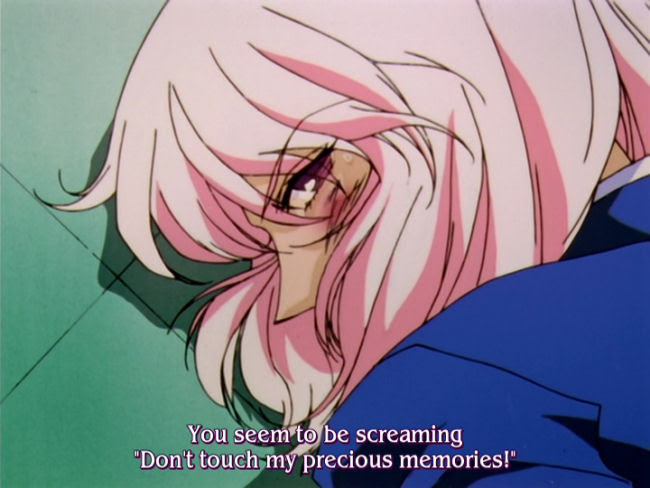 The past forty eight hours have been the best for unreliable memory that I can remember. I watched Blade Runner on Blu-Ray last night--which is as unbelievably gorgeous as you might expect--and this morning I watched the twenty third episode of Revolutionary Girl Utena, the final episode of the "Black Rose" arc. I'd forgotten how good those last two episodes were.

It's a story arc involving a young man named Souji Mikage who lures students to his "seminar" where he listens through an intercom as the students tell him about their problems from the inside of an elevator descending. They descend to the depths of the Nemuro building, located on the campus of Ohtori Academy, the school where the whole series takes place. 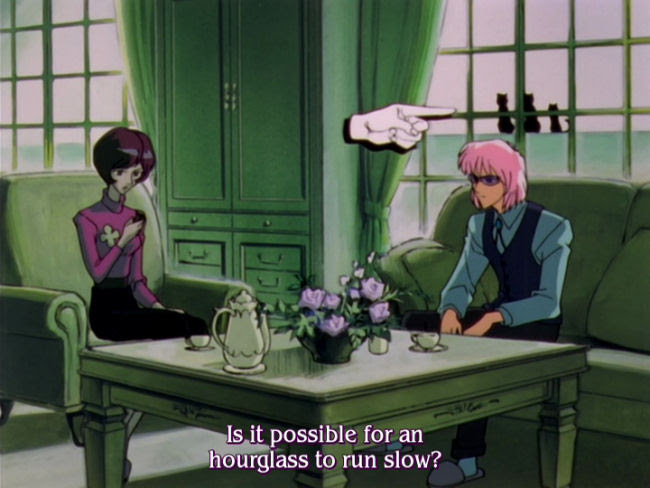 The arc takes up ten episodes of the thirty nine episode series, episodes fourteen to twenty three. Throughout the series, the protagonist, Utena Tenjou, has sword duels with opponents in a duelling arena located in a forbidden forest on the school grounds. The object of each duel is to knock a rose off an opponent's lapel and the winner of the duel becomes fiancé or fiancée to Anthy Himemiya, the "Rose Bride".

Utena, we learn early on, carries a memory of a prince who comforted her when she was a child and gave her the rose seal ring that would mark her as duellist later in life. Utena had been charmed by the prince but, we're told, instead of the experience making her want to marry a prince, it makes her want to become a prince, something which the ongoing duels for the Rose Bride essentially allow her to do. 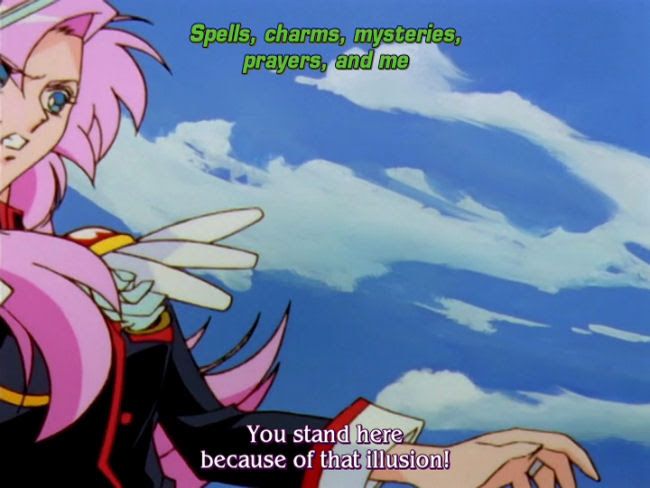 In the "Black Rose" arc, Mikage gives the troubled students a black rose to wear in their lapels when they challenge Utena. The idea is that the one who finally wins the Bride for Mikage will kill her--it's not quite clear in the beginning why Mikage wants her dead. 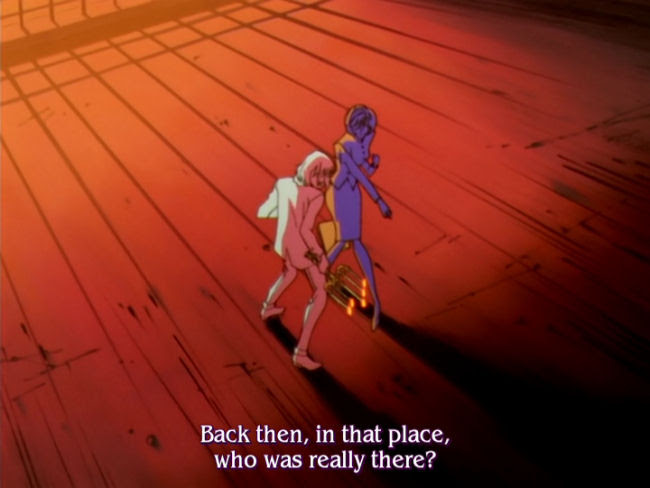 The black roses are somehow harvested, it's implied, from the bodies of one hundred students who committed suicide in the building years ago. They're plucked from what looks like an aquarium by a boy named Mamiya, possibly Mikage's boyfriend in what seems to be a reflection of Utena and Anthy's relationship. 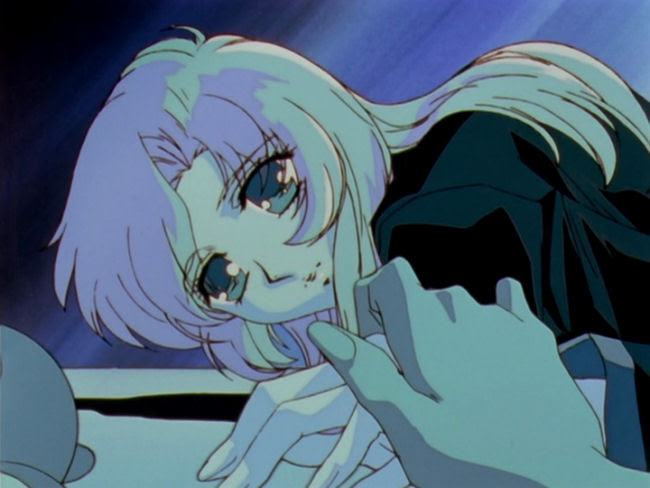 The final episodes of the arc make the parallels even more apparent as we watch Mikage's memories of the child Mamiya he tried to save from a terminal illness by compelling the sacrifice of the one hundred students--he tells Utena they are alike in wanting to assert the reality of their memories on the present, and it's at this point the viewer realises that this is the motive that united all of Mikage's previous victims. 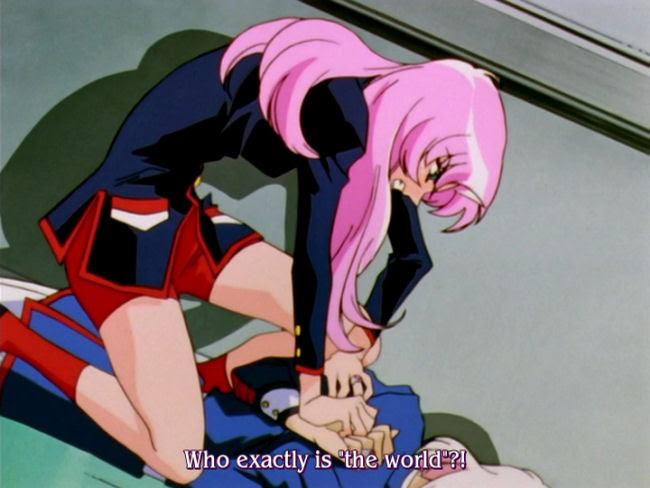 And then it gets really great as the memories of Mikage's not only don't seem to be accurate but his realisation of their inaccuracy seems to threaten his existence and everyone's memory of his existence. Like a man composed entirely of false memories. At the same time, the incident offers Utena the opportunity to prove her identity is more than memory filtered through desire.

This is my third time watching through the series, I doubt it'll be my last.