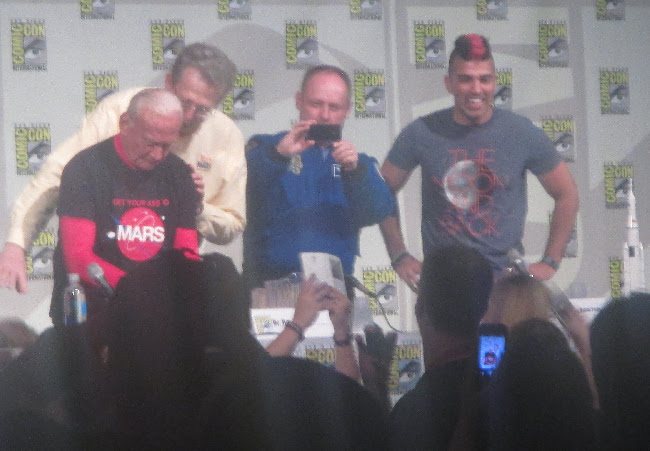 The guy with the mohawk on the right is Bobak Ferdowsi, a systems engineer at NASA's Jet Propulsion Laboratory. I ran into him outside the Quentin Tarantino panel yesterday and had a chance to tell him how much I enjoyed the NASA panel on Thursday. I didn't talk to him long because he seemed tired and I didn't think I could offer much worthwhile conversation to a systems engineer at NASA.

Also on the panel was astronaut Mike Fincke, Jim Green (NASA's division director of planetary science), and, of course, Buzz Aldrin who was wearing a shirt that said, "Get Your Ass to Mars." A potential Mars mission was the primary subject of the panel. 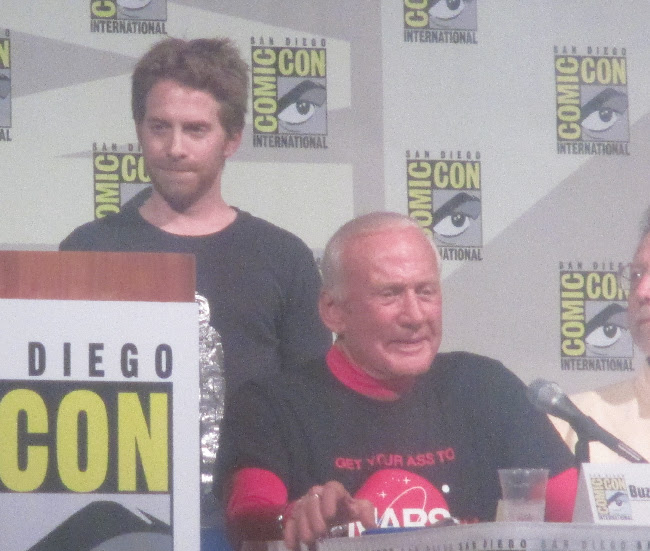 Actor Seth Green moderated the panel. I like Green but he was a little annoying on this panel. His attempts to inject youth oriented humour were invariably awkward from his comparing operating the Mars rovers to getting his driver's permit to saying at random moments, "Spring break on Mars!" I really, really wished he would stop doing that.

It seemed, though, related to the very reason NASA was apparently at Comic Con for the first time--to get younger people excited about space exploration. But the best moments were when the panellists abandoned this and simply spoke as themselves. Aldrin was making pretty much no attempt to sound hip, which was really nice, and Jim Green's passionate descriptions of Martian landscape features were wonderfully earnest.

Here's the video I got, including Seth Green's excruciatingly awkward reference to Ellen DeGeneres' "selfie" at the Oscars.

The number of times I heard selfies mentioned on panels I think a memo must have gone out that selfies must be mentioned at all cost.

I'm happy to say someone else has uploaded much more video from the NASA panel, a user named Emese Gaal. Here's some video she posted of Jim Green answering an audience question about the Fermi Paradox:

The other really tired meme I was exposed to at the Con was the one about Sean Bean dying in every movie and television series in which he appears. It was part of the marketing for Legends, an upcoming series starring Bean as an FBI agent, the panel for which I sat through in order to see the NASA panel. 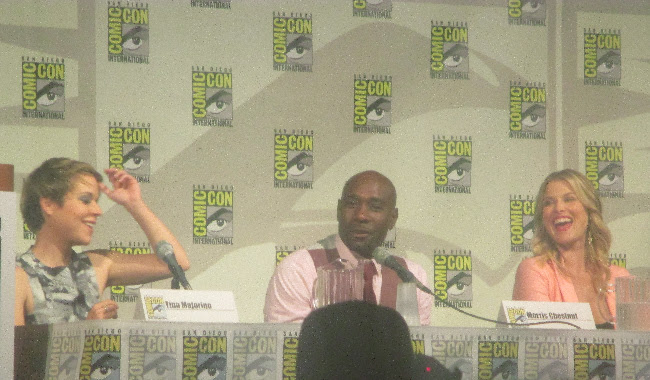 Bean wasn't there but cast members Tina Majorino, Morris Chestnut, and Ali Larter were. The most interesting of the three by far was Majorino who I'd seen on Veronica Mars. She also plays an FBI agent on the show and she discussed preparing by actually taking real FBI qualifications tests, telling the audience how very difficult they are. The conversation started to move on when the moderator interrupted to ask Majorino if she passed the tests. Majorino smiled and looked down at the table before modestly replying, "Yes."

Larter, meanwhile, seemed extraordinarily vapid. She talked about going to a gun range with a female FBI agent and remarking how heavy the handguns were. She asked the agent if she used special smaller guns for women to which the agent replied, no, she uses the same guns as the boys do. "I thought that was so fascinating!" said Larter. 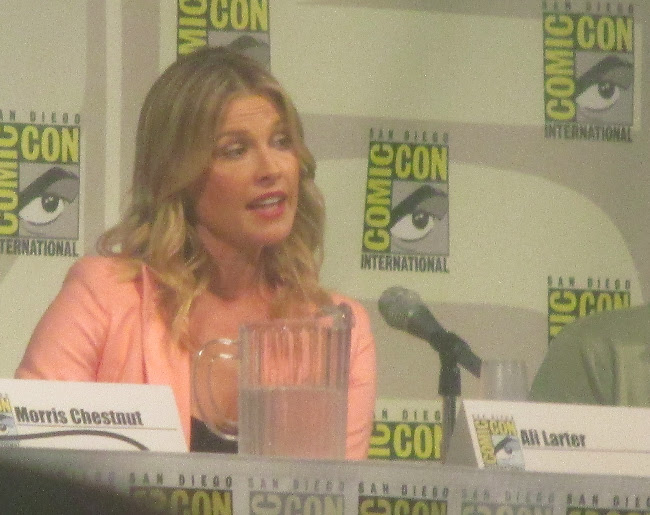 Before the panel, we were treated to a screening of the pilot episode for Legends. The concept is that Bean is an undercover agent named Martin Odum who gets dangerously close to disappearing into people he's pretending to be. I guess it's basically an Alias knock-off, though I've never seen Alias so I can't say for sure. Apart from Bean's performance, I can't say there's much to recommend the show. The intelligence of the writing seemed to be about on par for a TNT or USA series--Odum has an estranged ex-wife with whom he may or may not still have chemistry, he has sexual tension with his boss played by Larter who is at one point forced to pose as a stripper and give him a lapdance to communicate to him while he's undercover. And the FBI's technical people are portrayed as not knowing the difference between the words "upload" and "download".

Here's a White Walker I saw earlier that day: 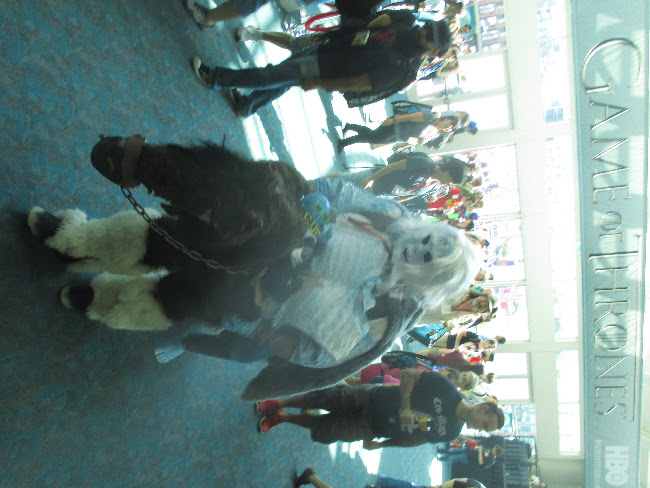 Well, I still have a lot more to talk about so tune in to-morrow. I saw enough on Friday to fill a whole Con. I leave you with this image of the exhibit hall on Thursday: 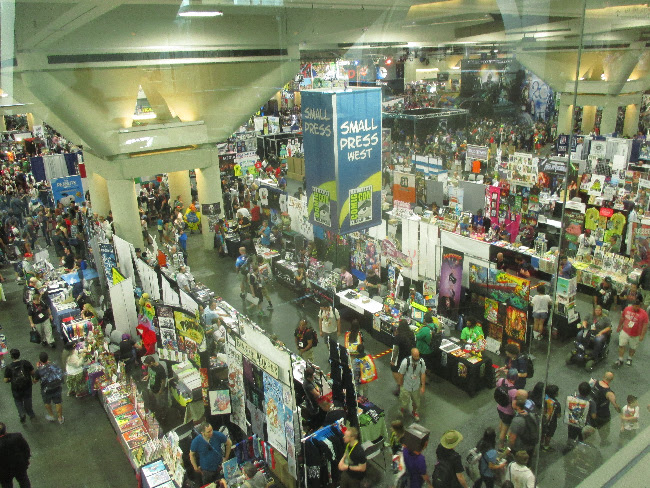