When You're Down and Out and You Eat People 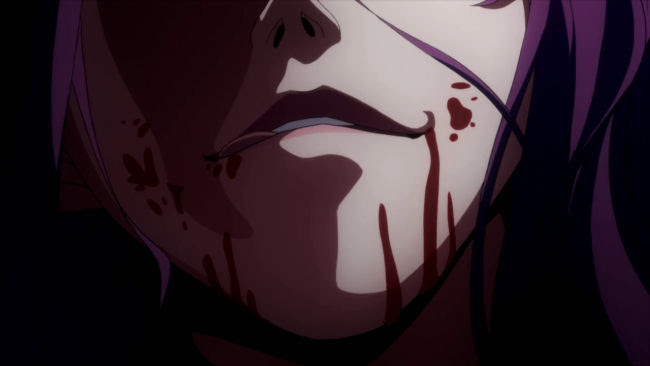 When is cannibalism just cannibalism? Almost never in movies and television it seems. To-day I watched the first episode of Tokyo Ghoul (東京喰種), a new anime series that premièred three days ago in Japan. I thought it was good, not spectacular, but maybe good enough to watch the next episode.

In this case, the cannibalism seems to be a metaphor for otaku culture. Police going over the crime scene of a "binge eater" ghoul remark on how useless ghouls are, how they only take and never give anything back. The central character, Kaneki, a shy young man who finds he's become a ghoul after receiving organ donations from a ghoul who tried to eat him, walks through a crowd and is alarmed by how sensitive he is to the presence of other people's flesh--particularly of women and children. 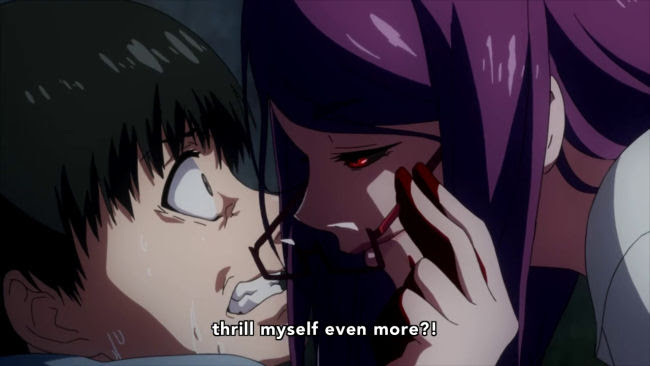 He's horrified by his own compulsion and I think the terror the show is tapping into is a vast since of guilt conferred on otaku by a society that kind of assumes all otaku are paedophiles and rapists. Now he's got the organs of a woman he was attracted to inside him--she was killed in the middle of trying to eat him apparently by a complete accident and surgeons used her organs to save the critically injured Kaneki. So tied in with the horror of what society says about his compulsions is the shy bookworm boy's fear of women's bodies, something the show comes back to when the character introduced as his mentor in ghoulhood is a young woman he'd had a crush on--she offers him the flesh he dearly desires to eat but can't bring himself to out of moral restraint. 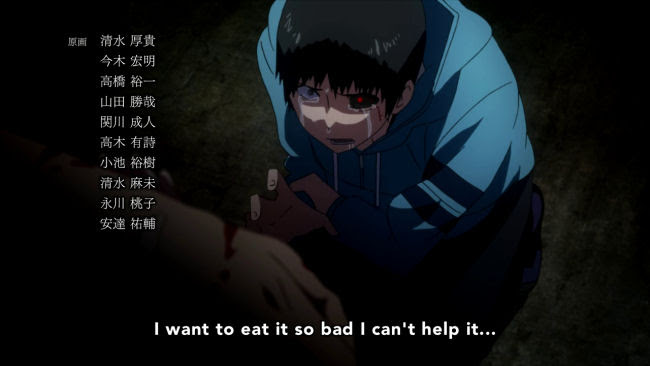 It reminded me a little of David Cronenberg's Rabid--as in Rabid, the central character finds himself unable to digest regular food after he's changed into a supernatural being, though that movie was more about objectification of women in popular culture.

Visually, the show isn't particularly interesting, its design downright academic and the action consisting of what must at this point be outlined step by step in a manual somewhere of tentacles grabbing people and throwing them into walls. But it's nice to see a horror anime with these kinds of thematic layers, which of course it probably gets from the manga series its based on. The anime adaptation hasn't done anything to prevent me from wanting to see the next one, though.

Posted by Setsuled at 4:52 PM
Email ThisBlogThis!Share to TwitterShare to FacebookShare to Pinterest