Here's my first Comic Con exclusive--this June bug flew past me when I was across the street from the convention centre, landed, and started burrowing into the grass. 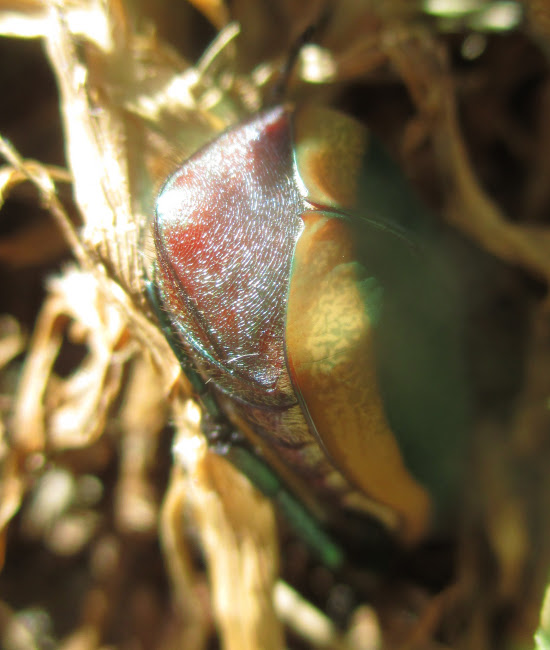 He didn't seem to mind when I pulled the grass blades aside to take pictures. But eventually he moved to another spot. 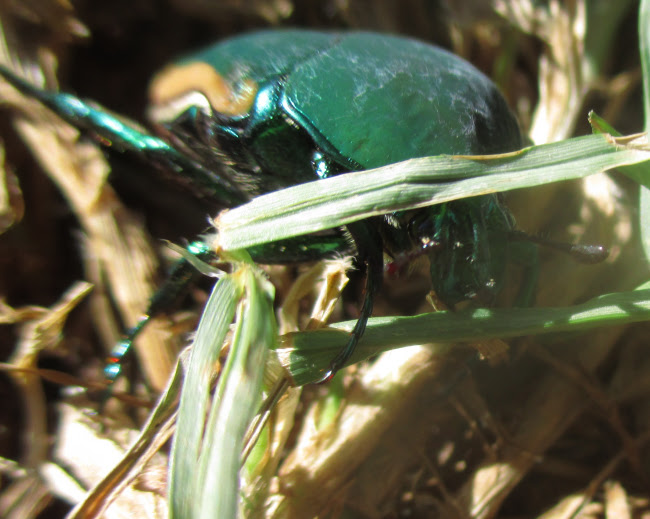 I also saw some women catcalling at a guy dressed as Wolverine on the escalator, a day after I commented on a post on Facebook about how women generally don't catcall like men do. Though, to be fair, they just seemed to be asking for his number.

I thought this was an interesting promotion for SyFy's show Ascension in the Gaslamp Quarter outside the Con--those are mannequins on the awning. 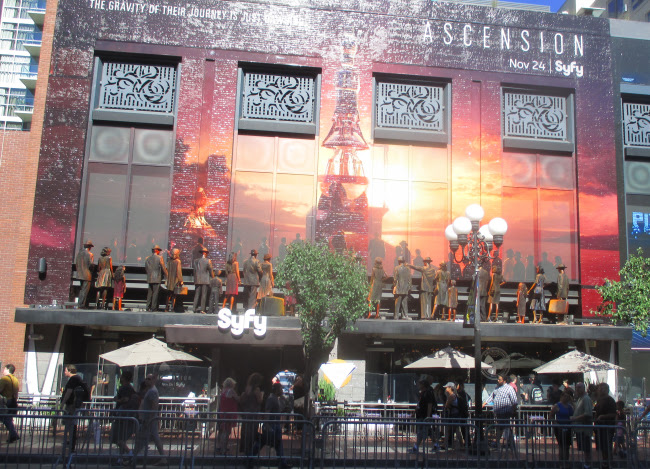