Down the Rabbit Cut Out Square 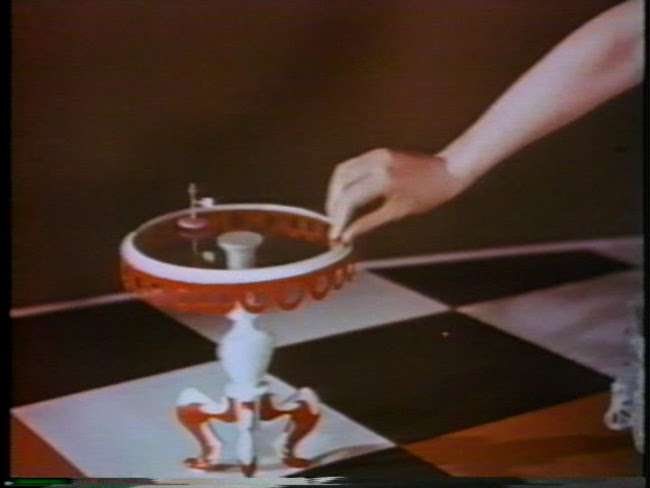 I may never see every adaptation of Alice's Adventures in Wonderland and Through the Looking Glass but I've been making the effort for years now. So my quest has brought me to the very difficult to track down 1949 French Alice in Wonderland (Alice au pays des merveilles). Part of the reason it's so hard to find is that Disney exerted a lot of legal effort and succeeded in preventing its release in the U.S. until the 70s so that it wouldn't compete with Disney's 1951 adaptation. They needn't have bothered--the 1949 Dallas Bower film is quite inferior even to Disney's imperfect animated film but it nonetheless has a few nice qualities. 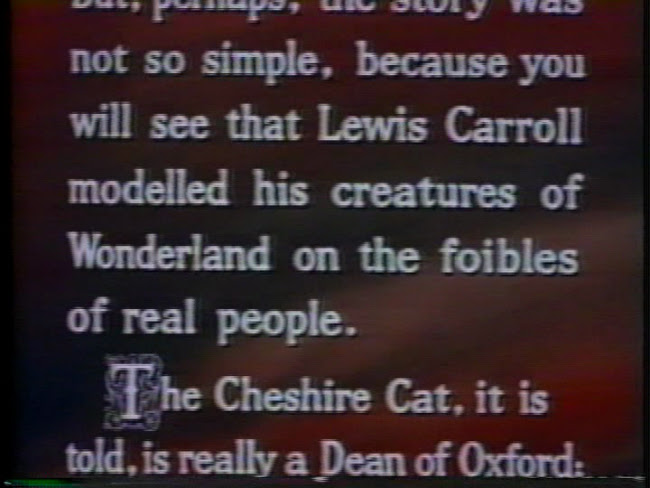 The film wastes time with an opening segment explaining how all the weird citizens of Wonderland are really people Lewis Carroll knew at Oxford and the Queen of Hearts was in fact Queen Victoria. This is completely contrived for the film and the connexions serve neither to provide insight into the real people and Carroll or into the book. Though Pamela Brown delivers a funny, irreverent performance as Victoria and a perfectly mean and arrogant turn as the Queen of Hearts. 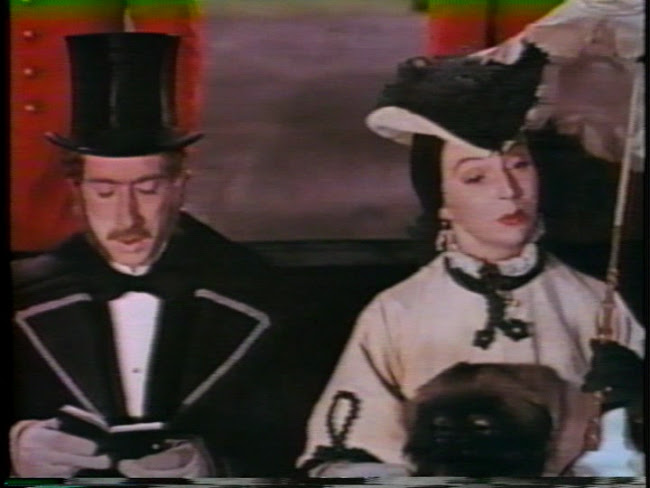 Carol Marsh plays Alice competently--she's pretty and her very formal acting education through the Rank Organisation is right for Alice though she doesn't bring any insight to the material. It's almost more of a nice reading than a performance, especially compared to my two favourite Alices, Anne-Marie Mallik in the Jonathan Miller version and Kristyna Kohoutova in the Jan Svankmajer version--the former bringing out a brooding, petulant, somnambulism and the latter a very childlike sadism, both performances harmonising with the story of Wonderland to bring insight into the dream reflections of Alice's mind. 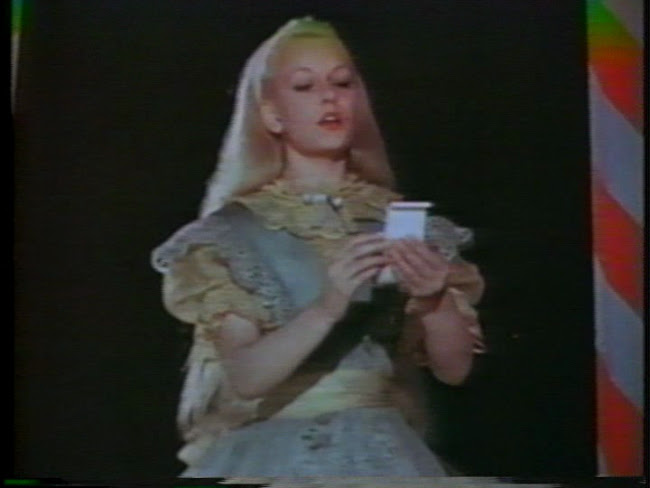 The 1949 film is much more about Carroll's mind--portrayed by Stephen Murray--but a very dull version of Carroll whose main trouble in life seems to be for some reason his obsession with getting the bell removed from the tower at Oxford. Alice comes across as sort of a cursor for this bland version of Carroll to arbitrarily navigate the events of the book.

The film does get a lot stronger once Alice actually gets to Wonderland and the events of the book are observed. The residents of Wonderland are all portrayed by the stop motion animation of Lou Bunin which is charming but compared to the energy and character of the 1951 Disney film looks rather lacklustre. The 1949 film has musical numbers, too, and they, too, compare rather unflatteringly to the songs in the Disney film, coming off as almost atonal with extremely bland or awkward rhymes. 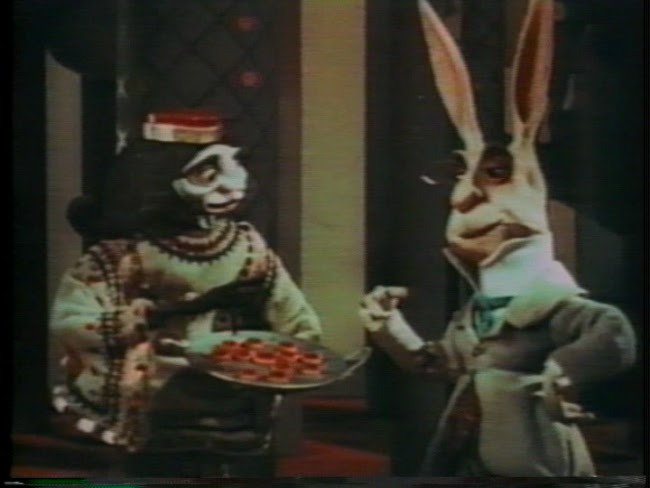 However, I think this is the only time I've actually seen lobsters dancing a quadrille, not counting John Gielgud dancing on the beach in the Jonathan Miller film, and it has an understated, strange charm. 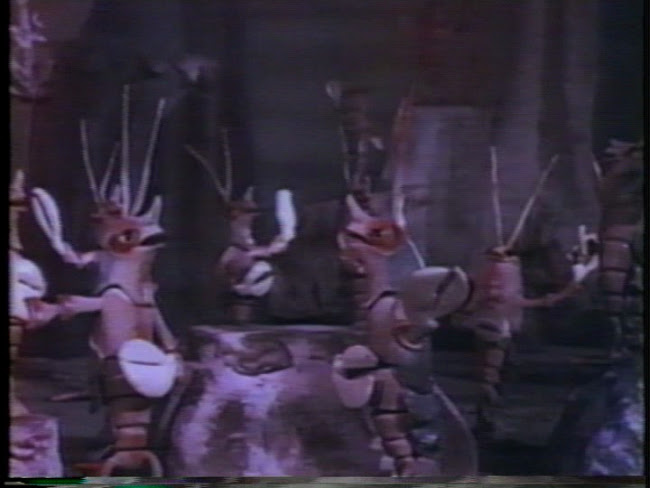 Not so hard to find anymore, I see someone has uploaded the whole 1949 film to YouTube a month ago--and a better quality video than the DVD I bought (for cheap) off Amazon which appears to be a VHS transfer. If you want to see the quadrille, it's at the fifty seven minute point:

The design of Wonderland has a minimalist, generally red, black, and white design that's pretty but also sort of harsh and cold.

Posted by Setsuled at 2:49 PM
Email ThisBlogThis!Share to TwitterShare to FacebookShare to Pinterest