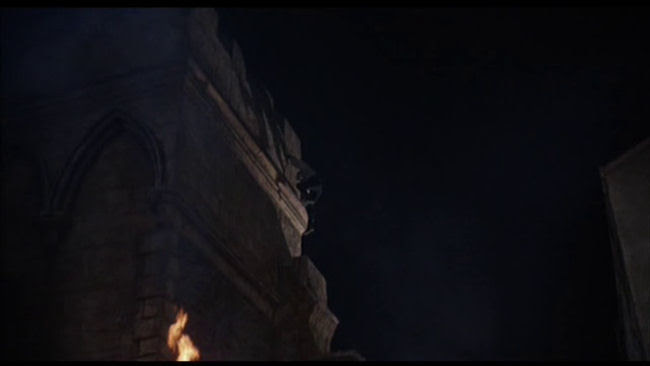 There are a lot of reasons a human being might turn into a beast. "Even a man who's heart is pure and says his prayers by night may become a wolf when the wolfbane blooms and the moon is bright." That's the line from 1941's The Wolf Man, not the first Hollywood film about werewolves--1935's Werewolf of London preceded it, superior to the later film for tying the main character's lycanthropy to his personality traits. In 1961, Hammer released The Curse of the Werewolf which, one might say, externalised the cause of the werewolf's condition even further. It has some fantastic makeup effects and some of the best of Hammer's trademark atmosphere. And is far more effective than The Wolf Man, being what you might call a horror of anti-Existentialism. The fear evoked by The Curse of the Werewolf is the fear of being unable to escape inherited behaviour, the fear that no matter what kind of person you would like to be, your destiny has been determined by your family history.

Not genetic history--this is a fantasy film, not science fiction. The movie stars Oliver Reed in one of his first major roles but he doesn't show up until two thirds of the way through the film, the story beginning years before his birth in Spain in which we see a sadistic Marques (Anthony Dawson) torture and imprison a beggar (Richard Wordsworth) and we meet a young woman (Yvonne Romain) who is raped by a prisoner for whom she had been the only caretaker. 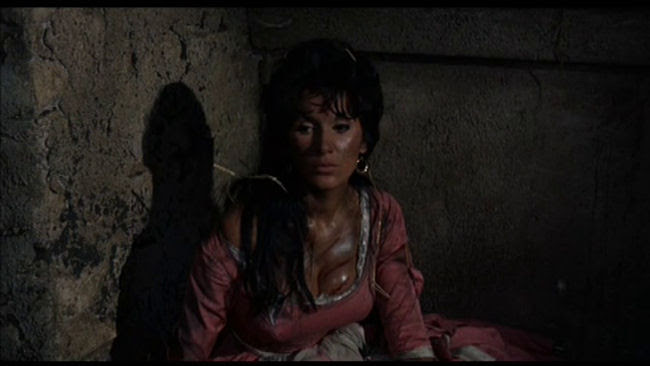 Afterwards, she becomes pregnant with Leon (Reed) and his lycanthropy is created entirely by the otherwise non-supernatural acts of brutal cruelty that took place in the lives of his parents. He's raised by a kind, wealthy man named Corledo (Clifford Evans) who doesn't know anything about his son being a shapeshifter until, when Leon's a little boy, sheep in the countryside start turning up with their throats ripped out. The local priest (John Gabriel) explains the problem to Corledo, telling him that so long as Leon is surrounded by affectionate and supportive influences, and the young man doesn't give in to sin, the wolf part of him will remain suppressed. 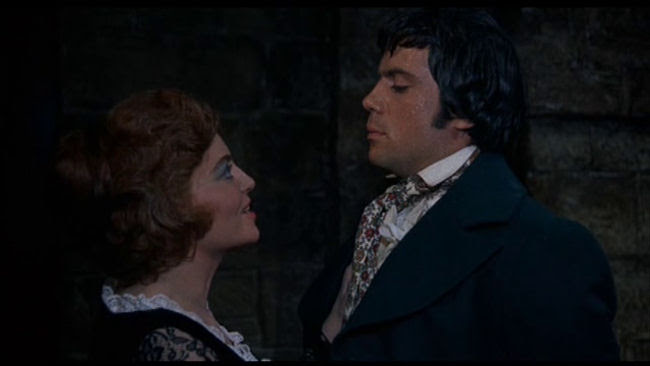 For some reason, Corledo decides not to tell his son about this before sending him out into the world. Leon finds a job working at vineyard and apparently the sin doesn't need to be terribly extravagant because all it takes for Leon to grow fur and set off on an uncontrollable murder spree is to go out with his friend to a party one night and follow a girl upstairs. Which I actually rather like--grotesquely rigid morality belongs in a horror film. 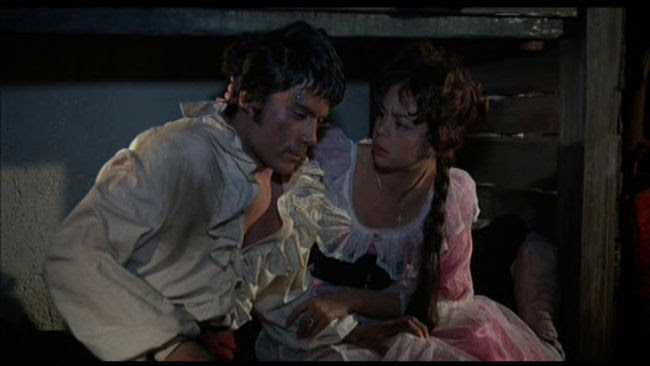 The priest had also explained that Leon could be saved by the true love of a woman and he does develop that kind of relationship with the daughter of the vineyard's owner, Cristina (Catherine Feller). I love that the movie doesn't implicate her in Leon's transformations--other forces simply prevent her from being with him when he needs her. Though, like the moral powers working about Leon's curse, his dependence on the love of another to keep himself human is another thing that takes any kind of choice out of Leon's hands. This is the story of a man truly at the mercy of outside forces. 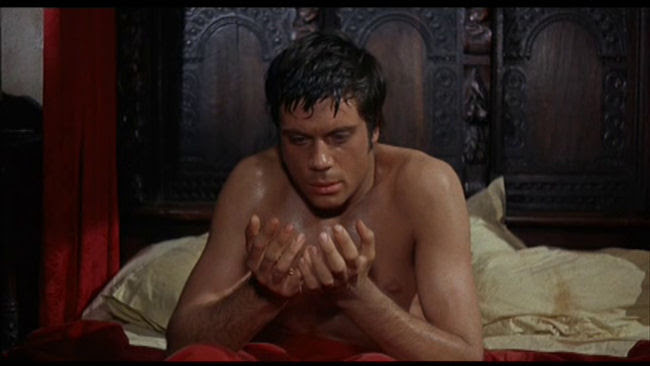 Reed's desperate, whispering intensity really help sell this, as do his heavy, dark brows. I very much like that the movie mostly refrains from showing him in full makeup, instead often using shadows high up on buildings. And I like that Leon doesn't look quite the same each time he changes--the second transformation is really great, he has patchy white fur and there's bright red blood all over his mouth. 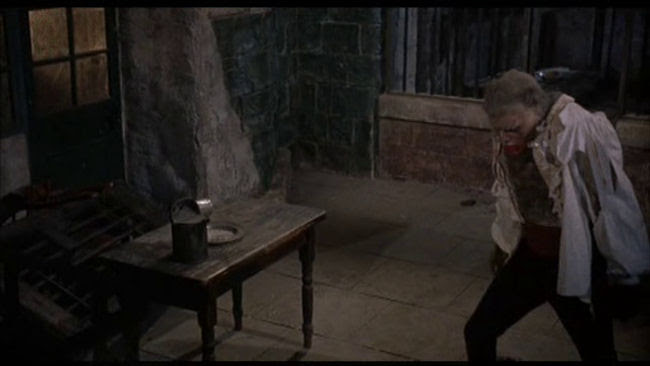 Posted by Setsuled at 4:14 PM
Email ThisBlogThis!Share to TwitterShare to FacebookShare to Pinterest