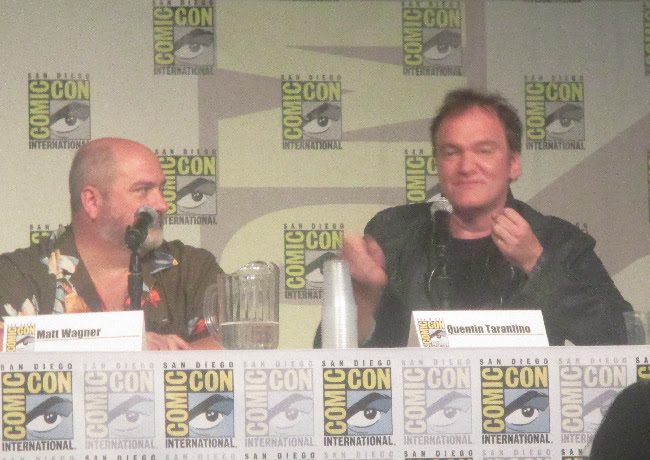 This picture of Quentin Tarantino apparently looking right at my camera came from the Dynamite 10th Anniversary Panel, the publisher of Tarantino's upcoming collaboration with Matt Wagner, a crossover series between Django Unchained and Zorro. However, while most of the first part of the panel consisted of discussions about the comic, of course questions from the audience quickly turned to exclusively Tarantino related questions.

The one that's making news, which I failed to get video of, was a question regarding whether or not The Hateful Eight, a project which he famously shelved after the script was leaked, would be filmed after all. Tarantino surprisingly responded to the young man wearing a jersey with a number 72 on it that, yes, Hateful Eight would indeed be greenlit. He joked, "Just for you, buddy!" but it was clear he was serious about going forward with the project when he did nothing to discourage the enthusiastic applause in response to his confirmation.

I could've gotten good video, too, because I was in the centre aisle in a queue behind five other people waiting to ask questions. As it turned out, the guy in front of me got the last question of the panel, I was right there at the front when the panel concluded. My question had been a follow-up on something Tarantino mentioned earlier in the panel, that he had screened several movies for Wagner before starting the project, which is apparently a regular practice of Tarantino's before embarking on collaborations. I wanted to know the titles of the movies he'd screened for Wagner. He did partially answer my question in revealing that the villain of the story will be inspired by Samuel Fuller's western The Baron of Arizona.

Anyway, here's the video I did get:

There'll probably be more video later because, as you can see, I was certainly not alone in recording: 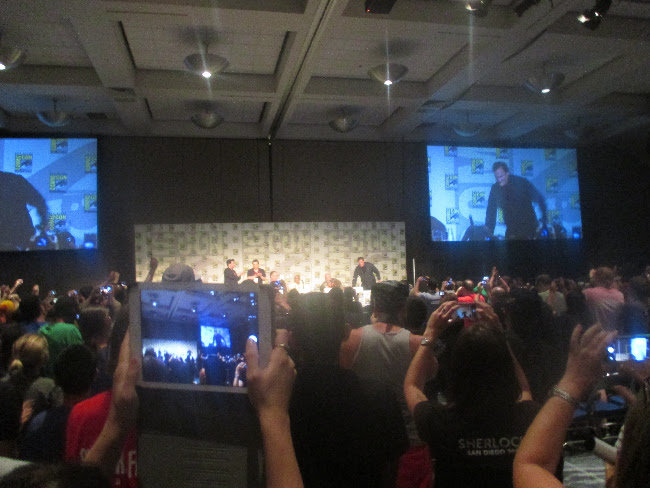 Although there have been plenty of times where I've seen people recording whole panels but then never afterwards seeing the footage on YouTube or anywhere else. Which makes me wonder, do these people just record panels for their own private viewing?

This year, rules on recording and taking pictures were much more explicitly outlined at the beginnings of panels. Of the three panels I saw that Disney was involved in all forbade video and only one of them allowed still photos. Meanwhile, a guy who came out before the NASA panel I saw on Thursday practically begged the audience to get as much footage as possible. Unfortunately, the battery was dying in my camera at the time so I didn't get a lot of footage but I did get some--I'll post it to-morrow when I've had time to become less exhausted.

For now, here are some photos from the last day of the Con--Doctor Who had a much less conspicuous presence this year but I did see the first two Doctors in the event hall to-day. I got their attention by calling out for William Hartnell: 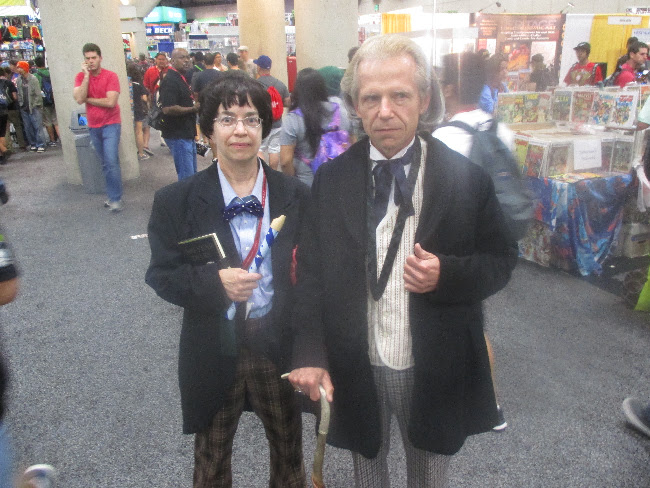 I made a point this year of asking people whether or not they made their own costumes and if they had a web site they'd like me to plug. This woman, who had no web site, not only made her own costume but she's also her own character. 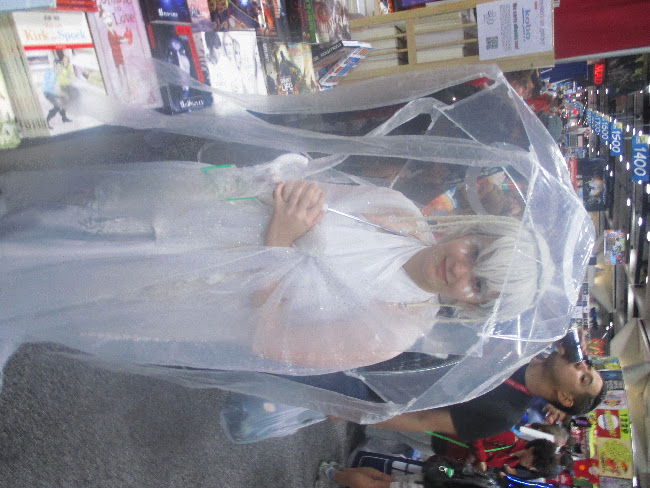 When I saw her, she was twirling her umbrella so the clear plastic strips twisted around her. She had no web site and seemed content just to be photographed.

Here's something a little more elaborate, also constructed by the wearer: 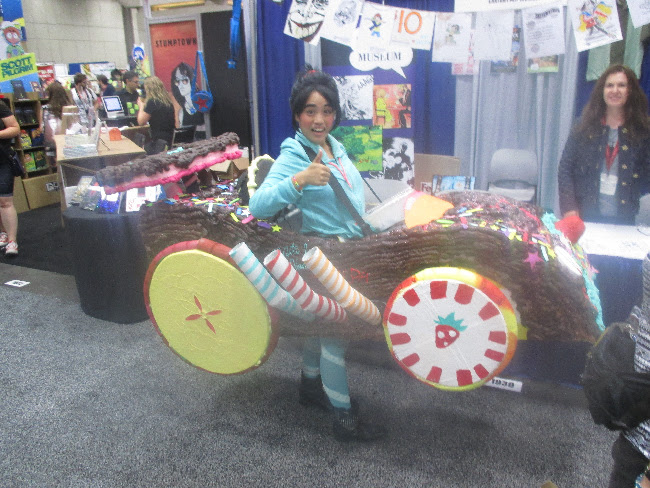 Anyway, I have lots more to share, expect a longer entry to-morrow.

Hot centaurs dressed as undead fall apart.
A fish waits beside the five minute stair.
Armour compels a triceratops' heart.
Old and thin the jokes of Bean's death wear.
An elk's shadow wore a suit for Fuller.
Painted grins outpace the Cheshire Cat's lips.
Reflective Falcons bow to the ruler.
Origami hunters crumple their tips.
The tesseract that's not a cube is blue.
In the labyrinth, everyone has five names.
Female Lokis appear more than Thors do.
The three Palmers play Norwegian word games.
Batman in Lego form isn't so great.
The Strong of many voices will trick fate.

Posted by Setsuled at 9:01 PM
Email ThisBlogThis!Share to TwitterShare to FacebookShare to Pinterest