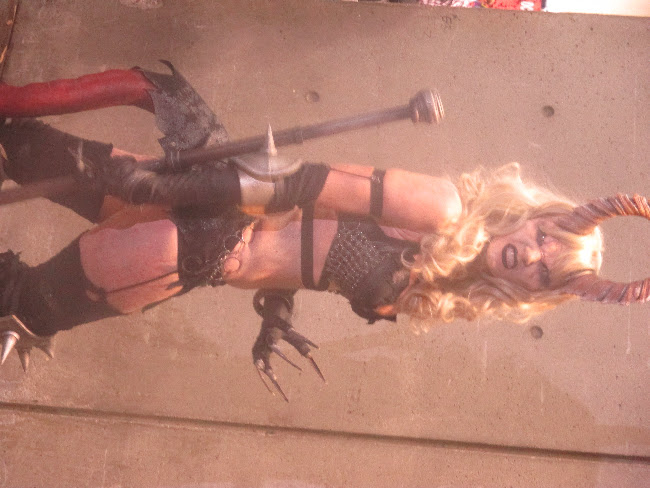 The Cinema Makeup School, whose booth produced the impressive spider lady last year, this year made some kind of demonic faun.

I wasn't quite as smitten as I was by the spider lady but I would certainly go out with her at least once. 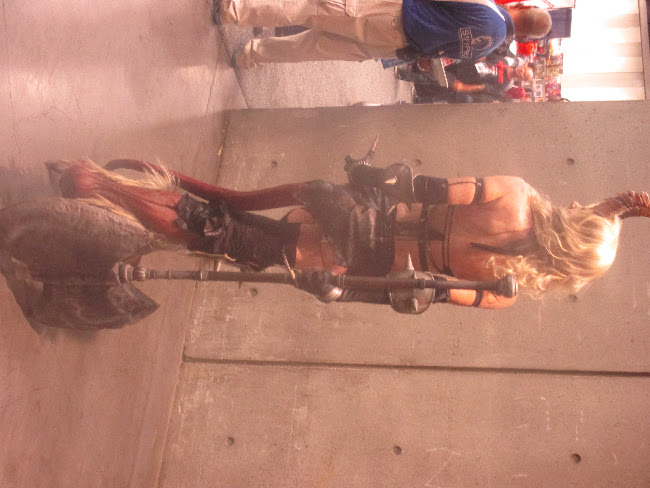 Here's a Marvel Comics Apocalypse being done up at the Cinema Makeup School booth: 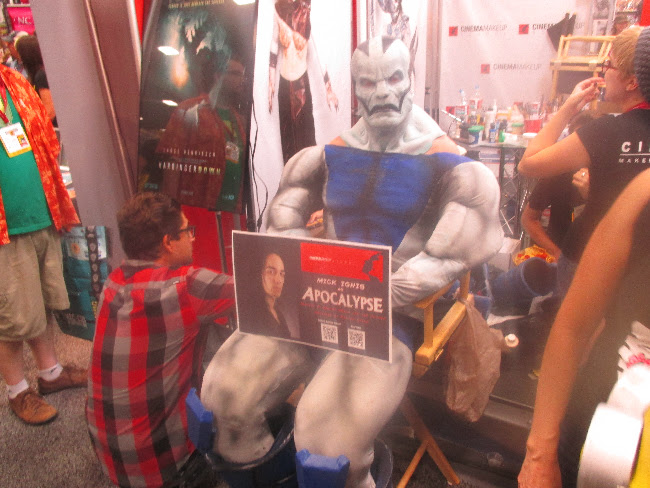 I saw some impressive makeup elsewhere at the Con, too. I didn't get a chance to talk to this gender swapped Coppola Dracula because she was being interviewed for television by Mystique: 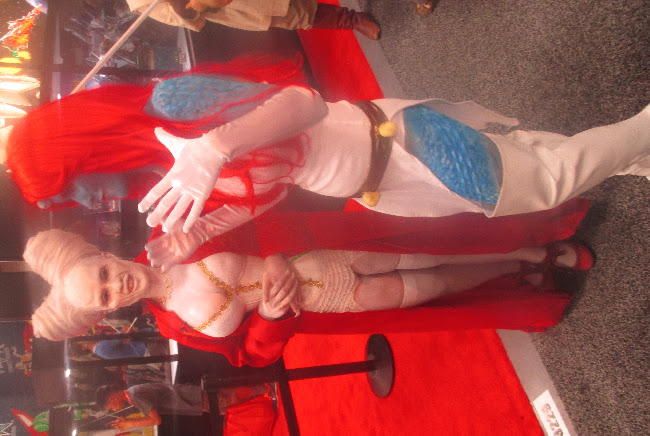 But very well done. The shoes alone would get thumbs up from me.

On a subtler scale, I liked the face paint on this Cheshire Cat: 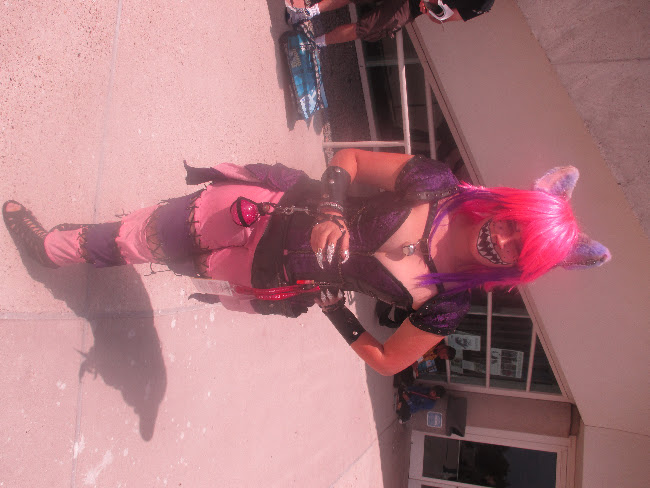 She told me she'd only seen the 1951 Disney film and the new Tim Burton one. She'd never read the books. I think I bored her a little as I launched into recommendations. All the Alice fans I see at the Cons, why's it so hard to find anyone who prefers or has even read the books?

I said I hadn't seen as much Doctor Who cosplay this year but I must mention this guy who is, to date, the only Brigadier Lethbridge-Stewart I've ever seen at Comic Con. 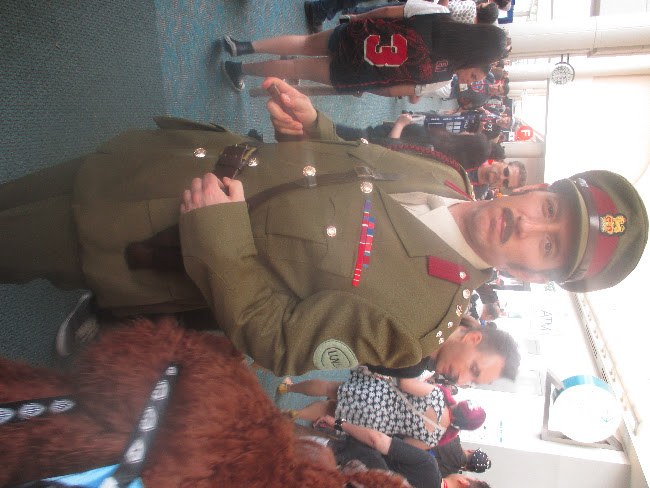 When I pointed this out to him he said sternly, "A shame! A shame!"

I didn't realise it at the time, but I'm pretty sure he was the same guy I saw in this great Fourth Doctor costume on another day: 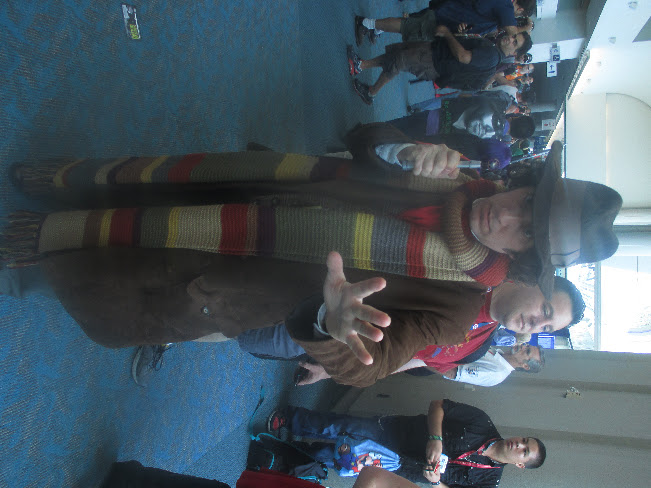 It couldn't have been comfortable--it was 90 Fahrenheit most of the time this year although it actually started to rain on Sunday. This lady would have been prepared: 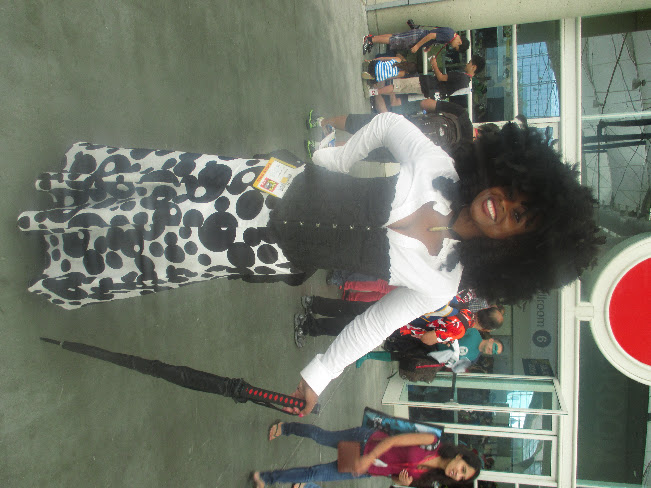 She was dressed as her own character from a comic book series she sells on thumb drives called The Saints of Winter Valley--this is her site.

Well, I have a lot of colouring to do on my own comic to-day, hopefully I can wrap up all the Con stuff in another entry, though there is a lot more. I leave you with Daenerys Targaryen, Mother of Ninja Turtles: 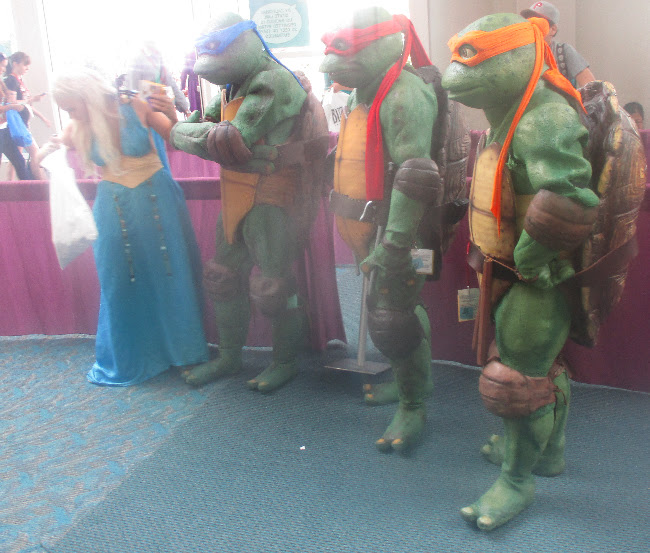 Posted by Setsuled at 12:33 PM
Email ThisBlogThis!Share to TwitterShare to FacebookShare to Pinterest