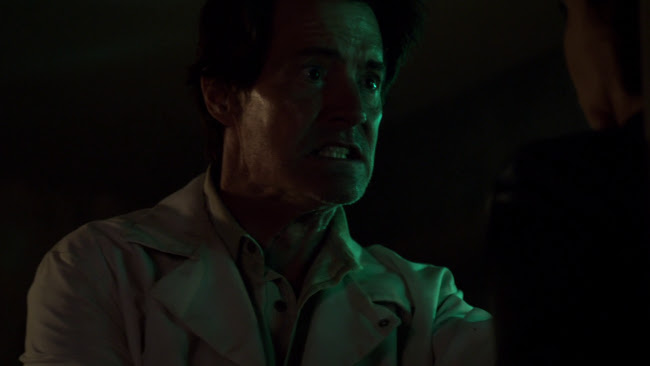 So the writing for Agents of S.H.I.E.L.D. for season two so far really hasn't been a great improvement over the first season. The biggest problem I have so far is that it seems like S.H.I.E.L.D. and Hydra are alternately inexplicably more capable than real life espionage organisations and then far inferior. There are times when they have trouble stopping or even tracking unarmed individuals but then stop to enjoy trite, glib conversations like everything's under control. But on the whole, the season so far is an improvement for performances alone--Patton Oswalt is a welcome bonus as an endless series of duplicate S.H.I.E.L.D. agents--he makes his lines funny. Also, the woman who almost became Wonder Woman on David E. Kelley's aborted series, Adrianne Palicki, joined the S.H.I.E.L.D. agents this season and she's clearly overqualified for her small supporting role. I had no idea who she was or if she was going to become a regular when she showed up during Simmons' Hydra infiltration plot. I just thought, "Wow, someone who can act." 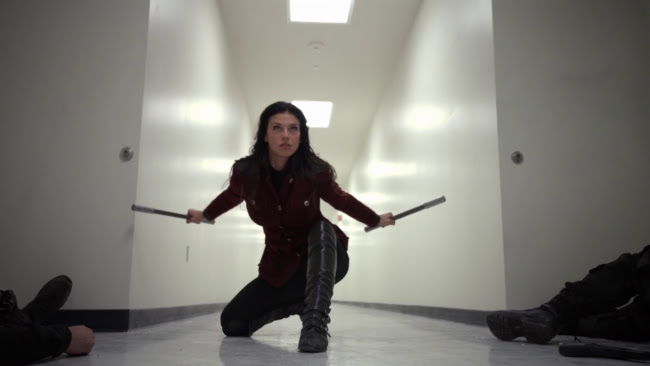 This was a surprise because the other new additions to the cast--the characters Trip, Hunter, and Mack--are like the worst picks of a soap opera. Hunter played by Nick Blood is particularly annoying since he's supposed to be Bobbi's (Palicki's) on again off again boyfriend and their dialogue is about as excruciating as you'd expect, made more so by actor Blood's sleazy and tone death interpretation of human emotion. It's such a shame when Palicki's so good and I feel slightly indignant on her behalf.

The original cast mostly continues to give decent performances. It's disappointing that Ming-Na Wen's character May has lost just about everything that distinguished her in the pilot--the taciturn martial arts expert who preferred not to carry a gun now chats and totes a pistol as much as anyone, even giving the lame glib one-liners. 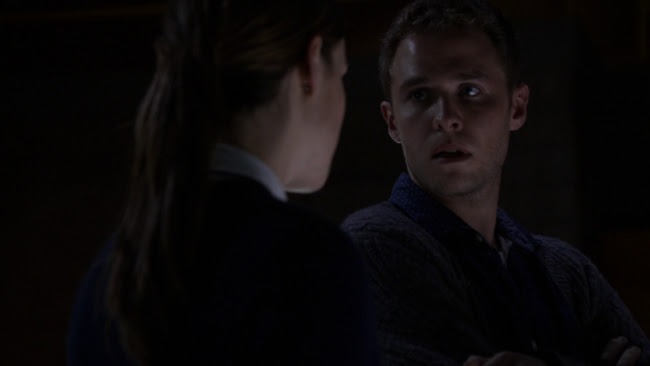 Iain De Caestecker as Fitz has been justly praised, though, for his performance this season. Suffering permanent brain damage from the events of the first season finale, the tech genius is frustrated by his new inability to express himself. But once again, the performance is hampered by a dopey romantic plot as a meaningless conflict between himself and his former partner Simmons is dragged agonisingly through senseless hoops to artificially prolong the "will they or won't they" plot--after confessing his love for her, Fitz finds Simmons doesn't want to be near him, which it turns out is because she secretly thinks it'll make him worse somehow. Cue various convoluted and repetitive justifications for them not to make up.

Easily the best part of season two has been Kyle MacLachlan as Calvin Zabo, a Marvel Universe character created in the 60s, also known as Hyde, who's in some respects an evil version of the Hulk. As his name suggests, he was influenced by The Strange Case of Dr. Jekyll and Mr. Hyde though Zabo quite consciously creates the brutishly powerful Hyde persona. 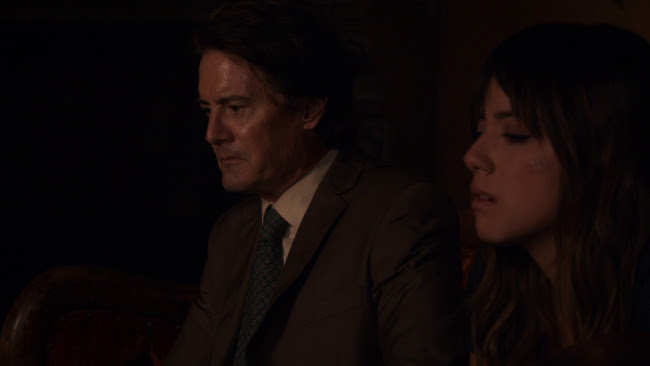 But the Agents of S.H.I.E.L.D. version of the character is the father of Skye--which makes her another Marvel Universe character, Daisy Johnson, which explains why, like May, her character this season bears almost no resemblance to who she was in the pilot. There's only one mention of the fact that she's a hacker now when it used to be her primary purpose on the team. Now we see her engaging in hand to hand combat and even serving as sniper. But MacLachlan's performance takes over everything every time he shows up, managing to create a man of complex motives and self conception, a violent sadist bent on revenge but with the remnants of a decent man whose derailed existence gave birth his new identity. It's not an unusual character, particularly for comics, but MacLachlan reminds us that David Lynch used to cast him in all his movies for a reason. 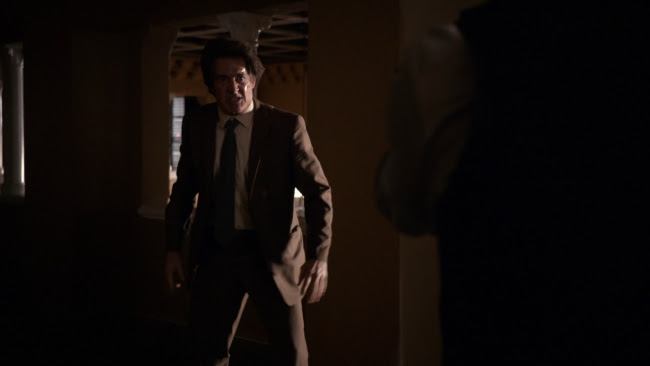 Posted by Setsuled at 1:32 PM
Email ThisBlogThis!Share to TwitterShare to FacebookShare to Pinterest