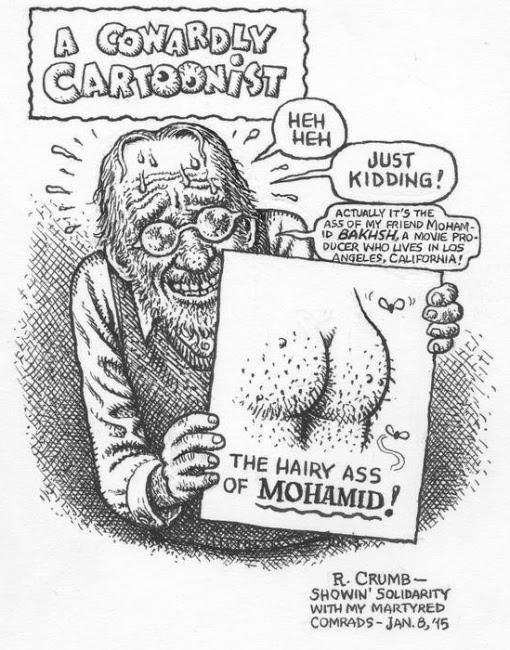 Here's famous cartoonist R. Crumb's response to the Charlie Hebdo murders (I found it via Billy Martin on Facebook). It's a little disappointingly timid, actually, as Crumb covers his own ass a little while baring that of "Muhamid". Though referring to the Charlie Hebdo cartoonists as martyrs is certainly spot on, something perhaps better stated in other cartoons like this one from Philly.Com: 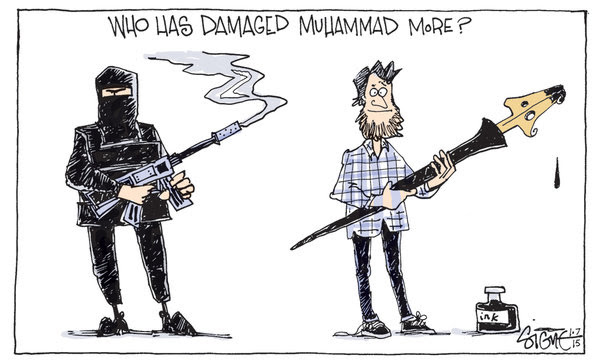 A friend of mine pointed out to me to-day that if al Qaeda was behind the Charlie Hebdo attack, as some reports have indicated, creating martyrs may well have been the intent in order to create a further divide between Muslim communities and everyone else in Europe. All part of the larger short sighted goal of destruction.

But I set out to-day to write about butts. Did you notice how often they're in the news lately? Even after 2014 was proclaimed "Year of the Butt"? As comedic actor and writer Bill Corbett wrote on Facebook to-day, "After these days of awful news, thank god for the No Pants Subway Riders to remind us that people have butts." And yet, butts have been a real part of the series of terrible news events. A significant portion of the controversial Charlie Hebdo illustrations prominently featured butts: 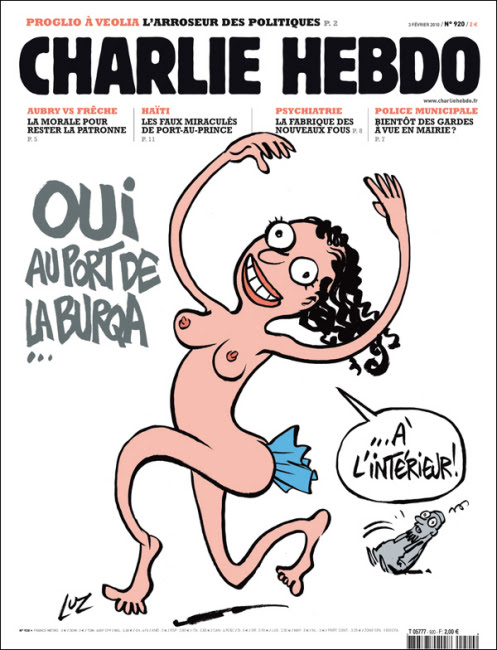 And not many people seem to be pointing to the fact that we've had two major stories of violent extremist responses to satire--Charlie Hebdo was preceded by North Korea's attempt to prevent the release of The Interview, a movie which satirises Kim Jong-un and his regime. Many commentators pointed out that Kim Jong-un may have been less insulted by an image of his death than he was by the depiction of himself shitting his pants.

Many negative reviews of the film complain about its posterior fixation, as though butt humour lowers its cache as satire. Another article I read postulated this aspect of the film makes it difficult for South Koreans to relate to. Which is an ignorant assertion as South Korean comedy has at least as much butt as anyone's. Have we already forgotten the toilet humour in the music video for "Gangnam Style"?

As for whether it de-legitimises satire, I would like to point out that when I think of butts in film (and I do) the first thing that comes to mind is Akira Kurosawa's Seven Samurai. 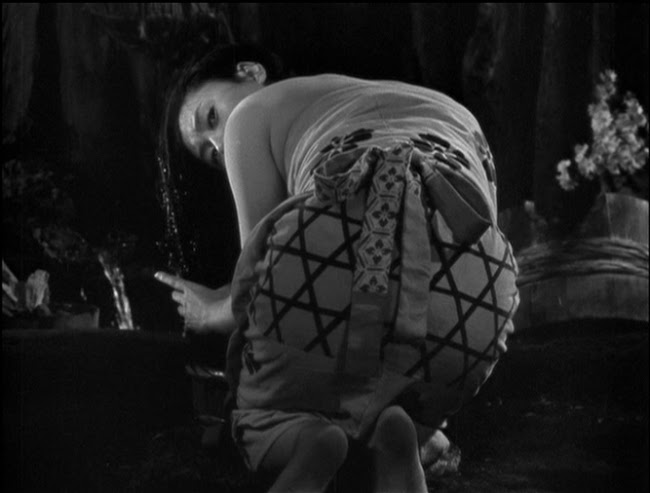 The villagers in the film are frequently shot huddled on the ground, the camera fixed on their behinds. And the movie gives us more than one significant view of Toshiro Mifune's ass. 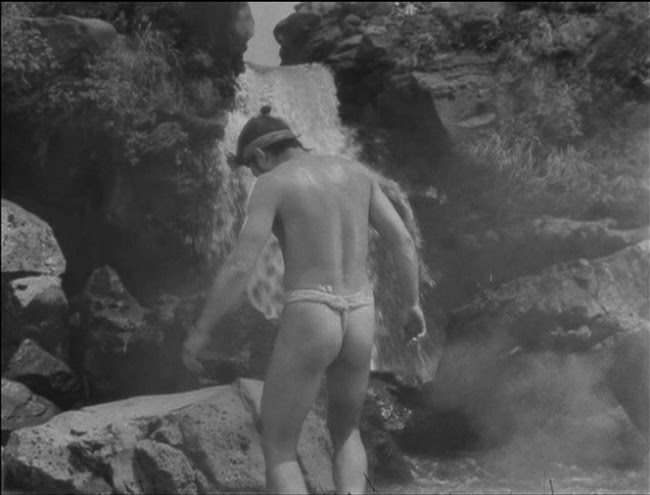 He's wearing a fundoshi which was the standard men's undergarment of sixteenth century Japan. But the amount of butt in Seven Samurai was by no means typical of Kurosawa films or period Japanese films made in the 50s. Michael Jeck points out in the Criterion commentary that this focus in Seven Samurai is to emphasise the basic, ridiculous humanity of the characters. The villagers, threatened by bandits, are really in a terrible situation and the prominence of this ridiculous but universal human feature seems to underline a connexion to the bottom rung of society they cannot escape. In terms of Mifune's character, it's an even more poignant image because he's the common man who aspires to an ideal of the samurai but his costume and the way he's photographed show the base humanity from which he can't escape. It serves the overall statement of Kurosawa's film which criticises the artificially imposed hierarchy which deems some people more divine than others. Most people come away from the movie loving Mifune's character more than any of the other samurai.

The perspective unites Kim Jong-un and the terrorists who attacked Charlie Hebdo--the divine cannot have a butt. One of the best jokes in The Interview is Kim Jong-un's PR rep very seriously and sincerely explaining to Rogen and Franco's characters how the North Korean leader does not have an anus.

It's a dangerous thing, you see, saying we're all human.

Posted by Setsuled at 4:39 PM
Email ThisBlogThis!Share to TwitterShare to FacebookShare to Pinterest