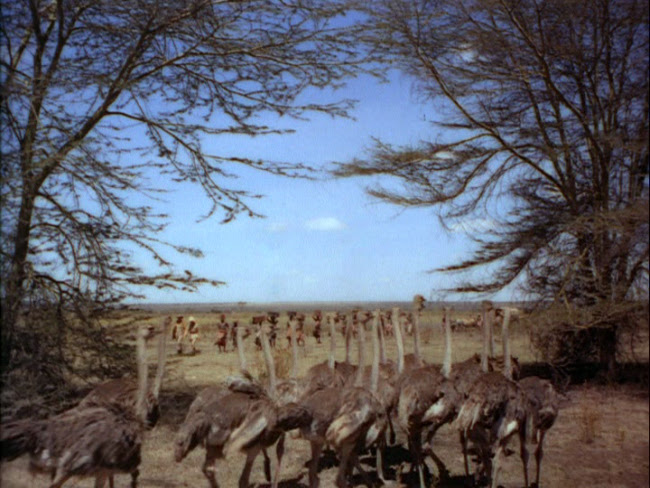 A few nights ago, I had a dream of some man, who considered himself an authority figure, systematically slaughtering snakes. Maybe he was Saint Patrick. I tried to reason with him, the snakes weren't doing him any harm, anyway they were kind of cute. He just looked at me like I was crazy. 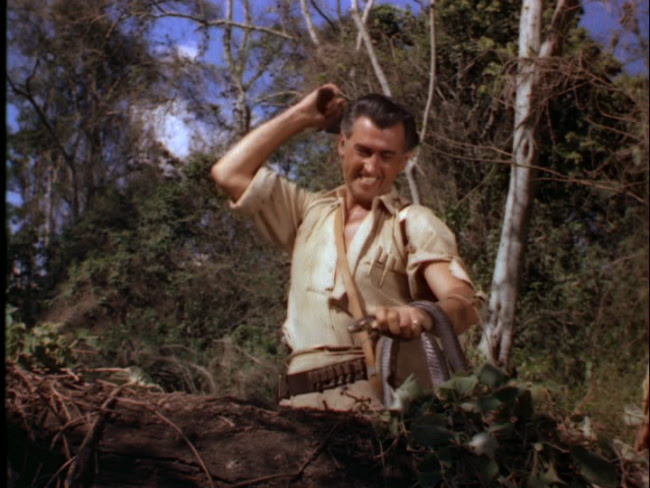 Here's Granger handling an actual snake. I don't know if he really killed it, which would be disappointing. The film opens with footage of an elephant being shot, I'm not sure if it's stock footage or not. Otherwise, I've always loved the extensive location shots in the film, so unusual for 1950, particularly for a Hollywood film. Perhaps its makers were inspired by Ingrid Bergman on a volcano in Stromboli.

I've never read King Solomon's Mines and this is the only adaptation I've seen so I'm not sure how much of Quatermain's actually rather admirable dialogue regarding animals is from the source material. I particularly like a scene where the group encounters a rhinoceros and as it peacefully passes them, Deborah Kerr's character asks why Quatermain didn't shoot it. He says, if it'd attacked them, he would have. Otherwise it's rather pointless. It's a shame more people don't think this way. 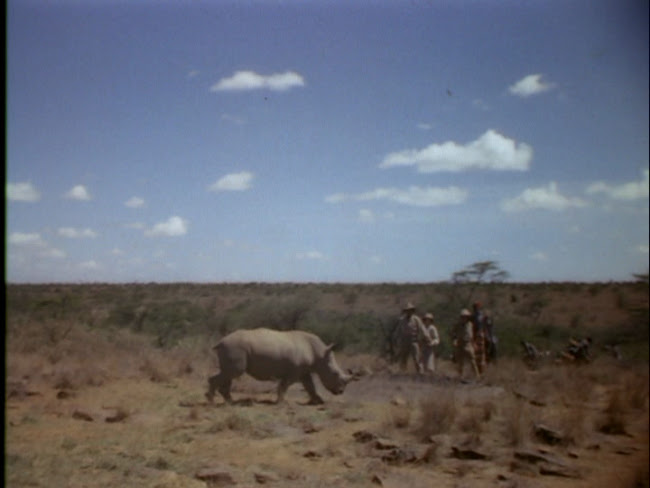 Posted by Setsuled at 2:53 PM
Email ThisBlogThis!Share to TwitterShare to FacebookShare to Pinterest