Who Can Take A Bad Dream and Slash It with a Hook? 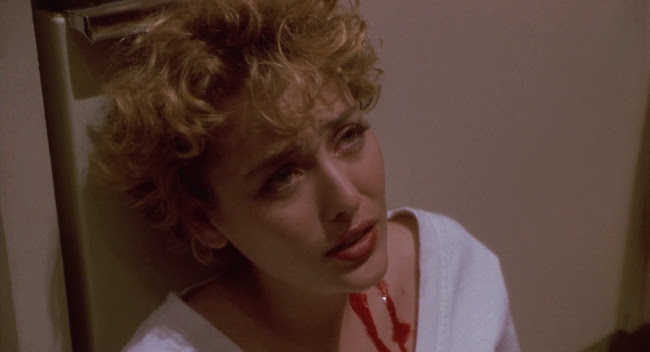 Recognising the reality of racism and continuing conditions of inequality in the U.S. doesn't mean a white woman is exempt from the fury of a murderous ghost of a black man with a hook for a hand. 1992's Candyman is a supernatural slasher film essentially of the Nightmare on Elm Street/Friday the 13th variety but with a mind to address social issues at the same time. Ultimately, the film has nothing in particular to say on the topic and its positions are a little hazy or simplistic though not overbearing. As a horror movie, it's not bad.

Virginia Madsen plays Helen Lyle, a graduate student who, along with her friend, Bernadette (Kasi Lemmons), is putting together a thesis on urban legends. Her interest in one such legend, known as the Candyman, is piqued when two cleaning women at her school insist the Candyman haunts their housing projects. 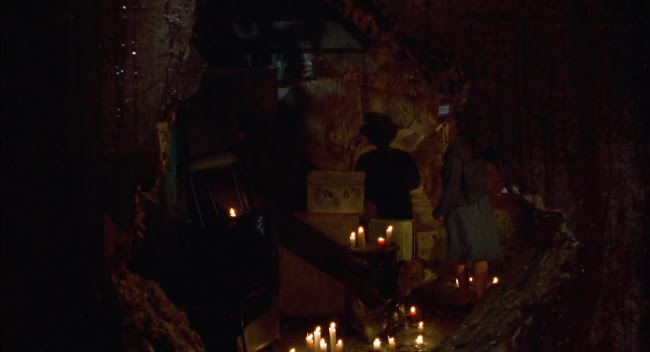 Maybe one problematic issue is the inhabitants of the projects Helen and Bernadette interview kind of reminded me of "We people of the mountains" from Todd Browning's 1931 Dracula, the simple villagers whose deeply held faith in the existence of vampires is scoffed at by Renfield on his way to visiting the Count. It's quite possible this was a conscious influence but there's something insulting in the idea of vaguely drawn absolute credulity among a city dwelling, disenfranchised community. It's true, there really are urban legends about demons that appear if you say their names multiple times in a mirror--when I was a kid, I heard one about a "Bloody Mary" but alas my mirror won't serve alcohol. Generally these are stories believed by children and told by teenagers amongst themselves to test one another's maturity--like in Candyman's opening scene with Ted Raimi. 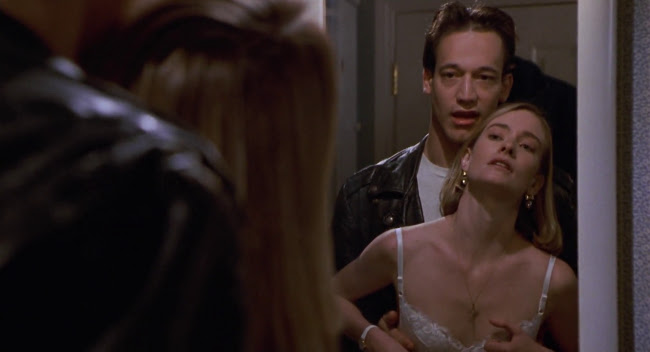 But Candyman portrays this has a widely held belief among the adults living in the projects as well. When Helen in the course of her investigation is assaulted by some young men who consider themselves disciples of the Candyman, she identifies the ringleader from a line up for police and the detective thanks her for finally providing the testimony to put away the perpetrator of a number of unsolved crimes. Later, Helen remarks to Bernadette how sad it was that it was only Helen's word that was finally taken after a series of ignored reports apparently because Helen is white. Then the real Candyman shows up to teach her what it's like when everyone's suspicious of you. 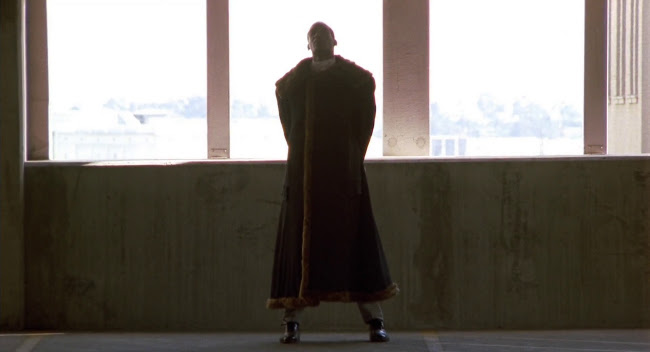 He's played nicely by Tony Todd, whose deep, slightly raspy voice is great for such a role. Candyman, we learn, was the son of a former slave during the Civil War. He was killed by a mob for impregnating a white woman. In death, he apparently hates everyone but thrives on being believed in, something Helen threatens by trying to convince everyone he's only a superstition. So Candyman starts framing her for murders somewhat improbably--he starts off by making it look like she hacked the head off a woman's dog and hid the same woman's baby--the woman, Anne-Marie (Vanessa Williams), finds Helen in her home and immediately calls the cops. Everyone seems to assume Helen is the culprit though it's not entirely clear why. Helen has no motive, it's inconsistent with her established character, and she's made no apparent attempt to cover the crime. 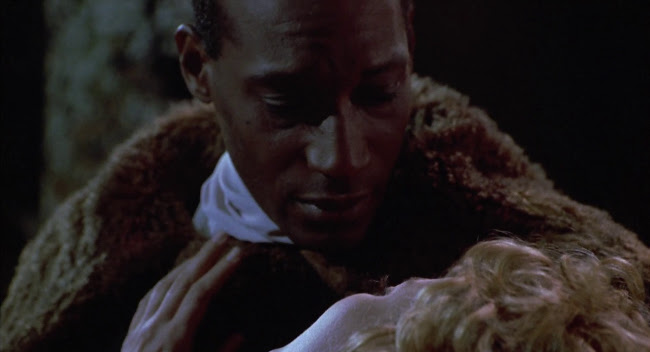 But the lack of sense also kind of contributes to the nightmare quality of the film and the weirdly intimate back and forth between Candyman and Helen is nicely sinister.