I listened to one of the best Doctor Who audio plays I've heard so far, the 2002 Eighth Doctor story The Chimes of Midnight, which has nothing to do with Henry IV. But it's a very cool, rather effectively creepy haunted house story. It's written by Robert Shearman who already impressed me with The Holy Terror. He's written one episode of the television series, the Ninth Doctor episode "Dalek" which is based on Shearman's Sixth Doctor audio play "Jubilee", which I haven't listened to yet.

I wonder why Shearman hasn't written more episodes of the television series. Maybe Doctor Who is too safe for him--I see in his Wikipedia entry he's written a play called "Easy Laughter" which "purports to be a Christmas domestic comedy, but eventually reveals itself to be set in a world where the season celebrates not only the birth of Jesus but the successful murder of the Jewish race." I also had the feeling that The Chimes of Midnight was subtly mocking the previous, Mark Gatiss written story so I wonder if he's not welcome in the clique.

The Doctor (Paul McGann) and his companion Charley (India Fisher) find themselves in what appears to be a large manor in 1906 England but anachronisms and increasingly obtrusive aberrations in the ways in which the people they encounter think begin to indicate things aren't what they seem. The story ends up being something that feels more emotionally intimate the the typical very clever time paradox story though it is that as well. Right from the beginning, there's something off about how the servants refer to themselves as "nothing and nobody" and the way they seem to assume the obvious murders that occur are suicides.

Also this week, I watched the first episode of Marvel's Agent Carter which I rather liked. It's a handsome, stylised version of the 1940s with more of a real feeling of the era than the first Captain America movie of which it is a spin-off, despite the fact that it was created by the same writers. 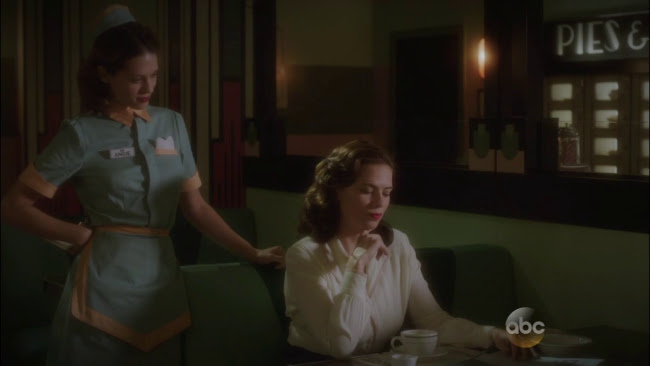 Hayley Atwell is good as Peggy Carter but I found myself enjoying even more James D'Arcy as Jarvis, butler for the Stark family and the inspiration for the computer programme Paul Bettany plays in the Iron Man films. 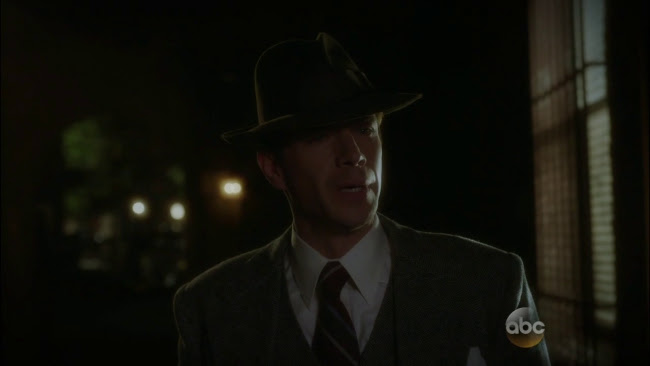 Definitely a homebody and slightly resentful at having to do with all this espionage stuff he also comes off as a solid and sensitive fellow. I'm looking forward to seeing more of this series. I keep fighting the instinct to call it Agent Carter of Mars.

A broken candy cane ghost is shut out.
Confetti brain cells shimmer for police.
The shaven plank shows all the walker's route.
A dinner's hat is grey like elder fleece.
The black bulletin board has Satan news.
Figure eights walk their eggs to destiny.
Connoisseurs daily chew various glues.
A hoof cannot hold to a ha'penny.
Clockwork script eyebrow pumice stones wiped face.
Unsorted detergent candy is clean.
We memorised the rock that was erased.
The continent is a faded red bean.
Green libraries begin the blank sunlight.
Freight grass always knows what the weeds just might.