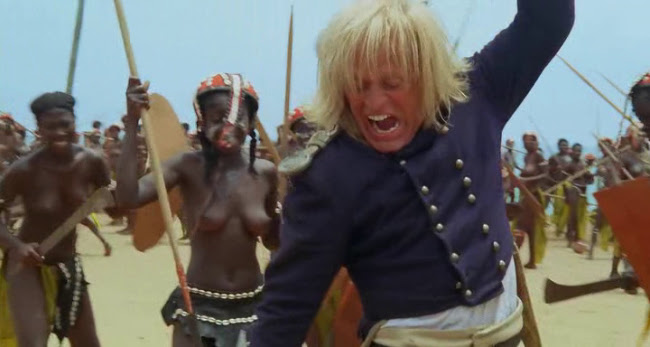 There's a calm and a strange antimatter confidence that comes with depression, particularly in a crisis. Klaus Kinski is like a coiled spring most of the time in his last film with director Werner Herzog, 1987's Cobra Verde. It's a film of violence, action, the inhuman practice of the slave trade, and indomitable boredom. A profound boredom that comes with the loss of the capacity to love people, things, or places.

Kinski's character is very loosely based on Francisco Felix de Sousa who was the only European slave trader in West Africa towards the end of the slave trade as most countries were outlawing the practice. Negotiating alone with the dangerous kingdom of Dahomey at the time seems to reflect the kind of madness that would appeal to Herzog. 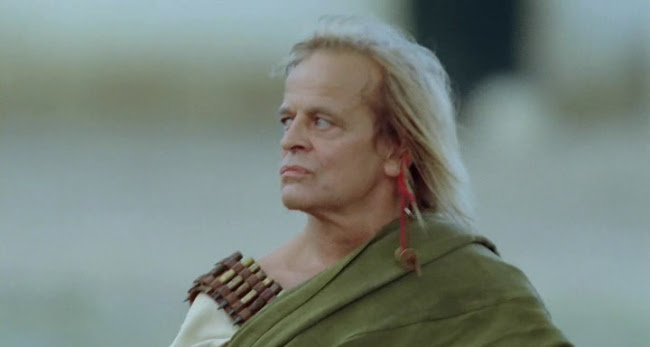 But Kinki's character is named Francisco Manoel da Silva and unlike de Sousa he's an infamous bandit named Cobra Verde in Brazil before he goes to Africa. He becomes a bandit after he loses his ranch to drought. We don't see much of the violence he perpetrates, Herzog allows Kinski's quiet intense stare communicate just what sort of man Cobra Verde is. 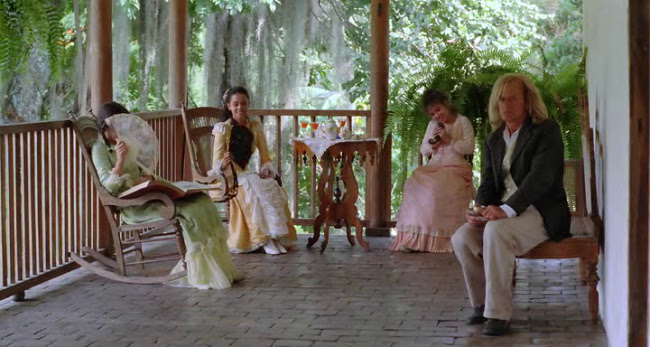 After he's hired to oversee slaves by a sugar baron, he sits bored on the veranda with the man's three beautiful daughters as they giggle about him behind their fans. One of them follows him as he wanders off to be alone, he suddenly violently embraces her, and a jump cut later and the sugar baron is complaining about how da Silva has impregnated all three of his daughters. So he gives the bandit the certain death assignment of reopening the slave trade in West Africa. Knowing they're sending him to his death, da Silva accepts the job anyway because he just can't seem to care. He'll do anything to relieve his boredom or die in the attempt. 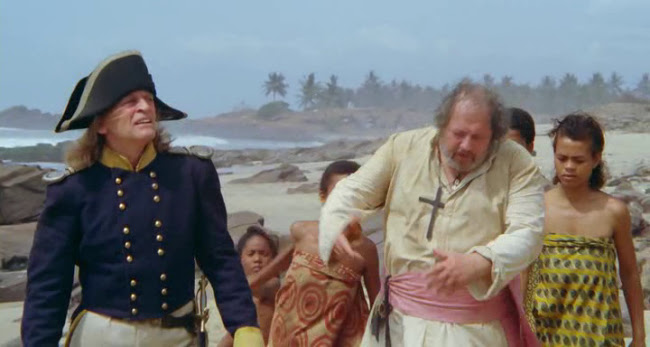 He never says any of this, it's just clear from the path the character follows and Kinski's performance. When he's attacked at one point, he almost doesn't respond, then suddenly like a light switch he turns into a snarling beast, as though consciously deciding to become passionate. 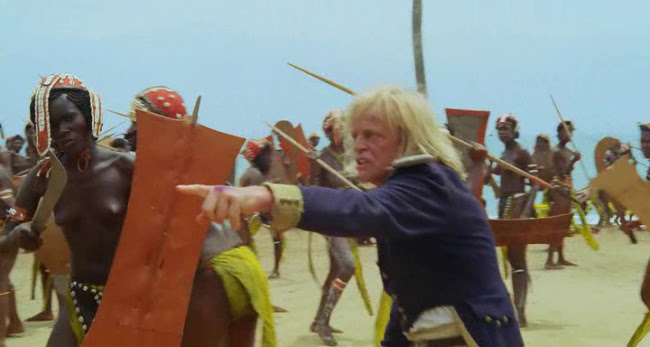 Incredibly, the movie may be the only cinematic depiction of the Mino, Dahomey's all female militia that existed from the early eighteenth century until the late nineteenth. Da Silva trains them in order to assist in a coup. 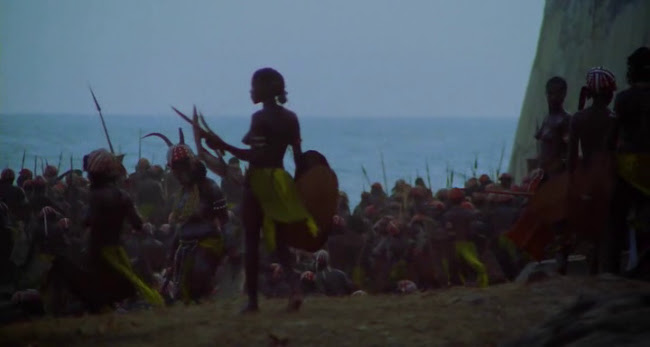 One never senses da Silva has compassion for the slaves he acquires from the Dahomey, or sympathy for anyone. The movie finally depicts this as a mental illness reflected by a series of physically disabled men that show up at Elmina Castle, which da Silva takes possession of.

The movie doesn't quite come alive in the way Herzog and Kinski's earlier collaborations do but it is a beautiful and strange portrait for its simultaneous complexity, violence, and gloom.

Posted by Setsuled at 1:37 PM
Email ThisBlogThis!Share to TwitterShare to FacebookShare to Pinterest