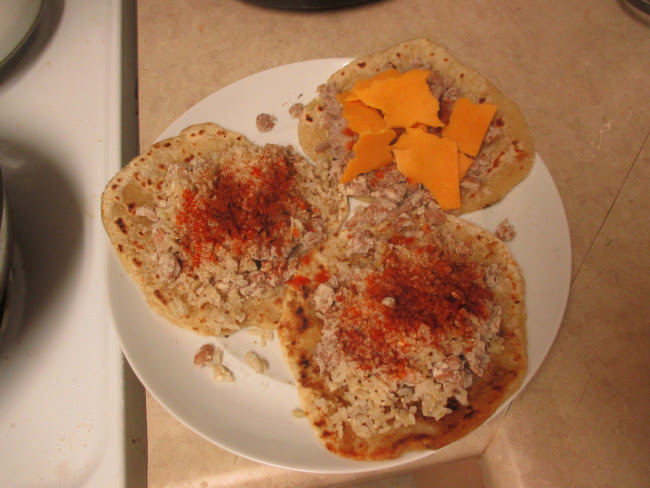 It took over eighteen hours to make my dinner last night. You think making a burrito is simple? Well, yes, you just put beans and cheese and maybe rice and an assortment of other things in a tortilla. But I've always wanted to make a burrito from scratch, make my own refried beans, my own tortillas. Mainly because of salt. I hate salt. I'm just tired of it. So, beginning by soaking the beans overnight and then letting them cook in my crock pot for five and a half hours, then finally making the tortillas, I succeeded. And it was a bland meal. A wonderfully bland meal. Oh, I added chilli powder and hot sauce but it lacked that certain salty something, that something forced on you just about everywhere else.

The recipe I used for the beans called for six cloves of garlic, minced, but I used my Japanese grater instead, turning it into a paste. The result was a batch of beans that really strongly smelt of garlic. Which was fine. Though I was much happier with how the tortillas turned out, even if they were too small. 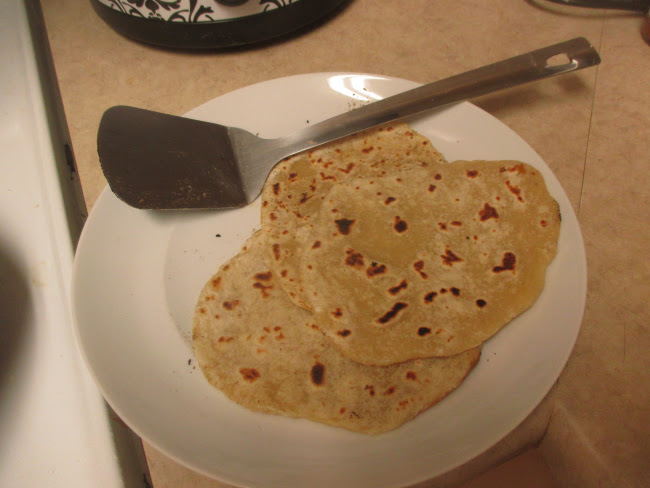 I ended up with what you might call "open faced" burritos which I folded and ate like tacos. For the tortillas all I used was organic, all purpose flour, water, extra virgin olive oil, and cooking spray for the skillet. I could have cooked my own rice but I had some microwavable brown rice in my freezer I wanted to use. 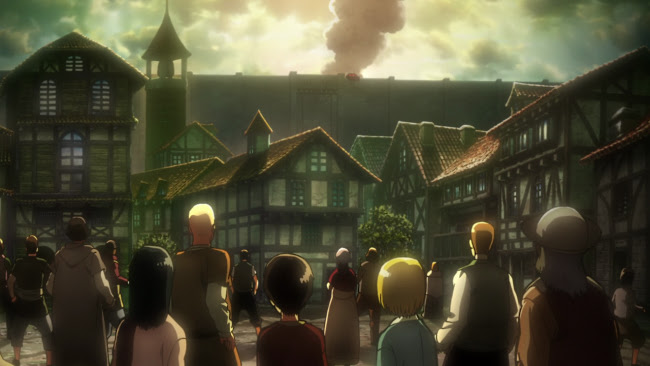 This morning I watched the first episode of Attack on Titan, a new very popular anime series from Production I.G. So far it strikes me as being Elizabethan Evangelion with an insecure young man living in a city being assaulted by mysterious, gigantic beings. 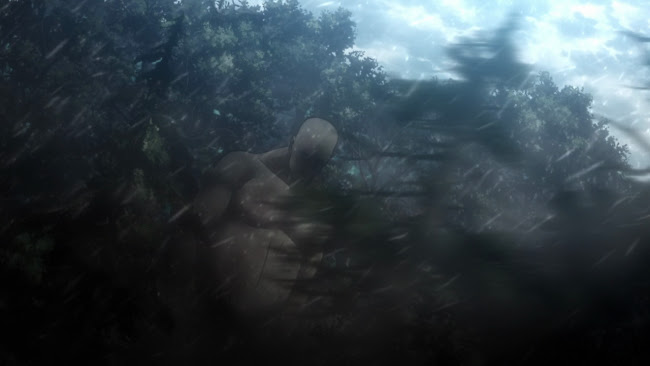 I like the dark and detailed style and the animation isn't bad. I can see myself watching at least a couple more episodes.