I listened to two more 2002 Eighth Doctor Doctor Who audio plays this past week, Seasons of Fear and Embrace the Darkness, the former being better but the latter wasn't bad, particularly for one written by Nicholas Briggs, who's generally a lousy writer. In this case it featured a nicely layered story that has the Doctor (Paul McGann) and Charley (India Fisher) negotiating with a robot sent to rescue a group of scientists who had been trying to build an artificial sun before their eyes were mysteriously stolen. There's a nice blend of sinister weirdness going on there.

Seasons of Fear follows the Doctor and Charley as they try to thwart a man made immortal by an old Fourth Doctor foe, the Nimon. It's a fun chase through time story though it's marred a bit by intentional errors to make it look like the ones in the Mark Gatiss episode were on purpose--in this case both the Doctor and Charley discuss Benjamin Franklin, the former U.S. president. If you don't know about the story arc, it really just sounds like a very embarrassing mistake from the writers and production staff. Though I wonder if this sort of thing in the Eighth Doctor blocks, which seem to have been considered a continuation of the then off the air series, inspired the trend in the 2005 series to have little clues sewn throughout the seasons. 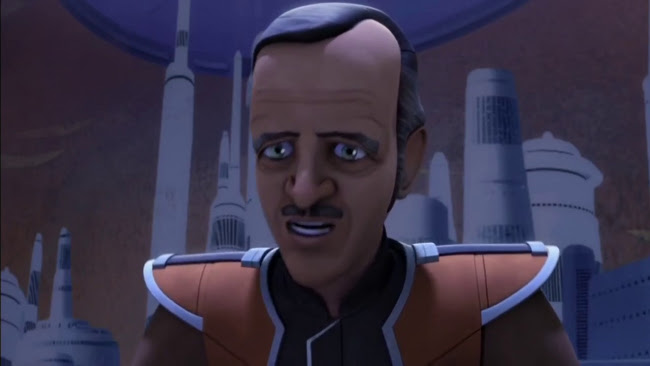 I also watched the new episode of Star Wars: Rebels which may have been the most predictable episode of any television series I've ever seen in my life. Brent Spiner--Star Trek The Next Generation's commander Data--guest stars as a senator who looks like David Niven and secretly broadcasts supportive messages for any aspiring rebels against the Empire out there. The main character, Ezra, has a Jedi vision about the senator warmly congratulating him and talking about his dead parents. Ezra's warned that his vision may be misleading, the group is supposed to meet the senator at a location and time provided in code words in a broadcast. You know what happens.

Then there's also a scene where someone suddenly reveals himself as a traitor by stealing a gun from someone who's usually pretty savvy and just as it looks like the traitor has our heroes dead to rights and pulls the trigger . . . Yes, I saw it coming, too. 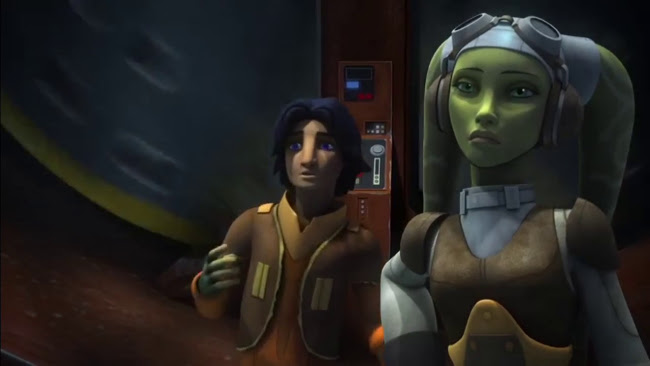 I guess they figure the show's being written for children for whom all these cliches are brand new. The episode's written by the usually dependable Henry Gilroy. So this week in space operas; I liked a Nicolas Briggs Doctor Who audio and I hated a Henry Gilroy Star Wars Rebels. Maybe I'm coming down with something.