The World of Killers and Those Who Suffer 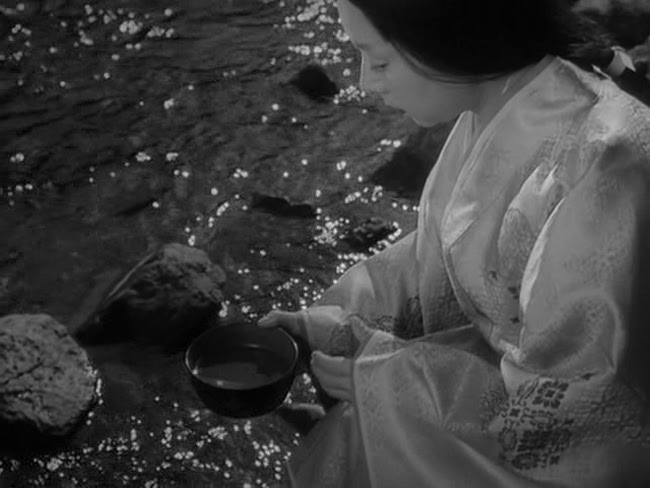 "Conscience is but a word that cowards use, devis'd at first to keep the strong in awe. Our strong arms be our conscience, swords our law." - King Richard, Richard III

Do evil men exist? Does compassion truly exist and is it the opposite of evil? The answer to all three is yes, according to Kenji Mizoguchi's 1954 film Sansho the Bailiff (山椒大夫) which portrays an endlessly brutal and cruel world in which compassion is its own reward. Featuring gorgeous cinematography by Kazuo Miyagawa, its beauty is presented, too, as a self-evident virtue. Featuring several excellent performances, the characters are nonetheless mostly simplistic, serving a severely moralistic story.

The film was apparently an influence on director Terrence Malick who wrote a stage play based on the film in 1990. It's not difficult to find philosophical similarities between Malick's Tree of Life and Sansho the Bailiff. Both films are deeply moralistic, both films cast women as pure, uncomplicated vessels of good. 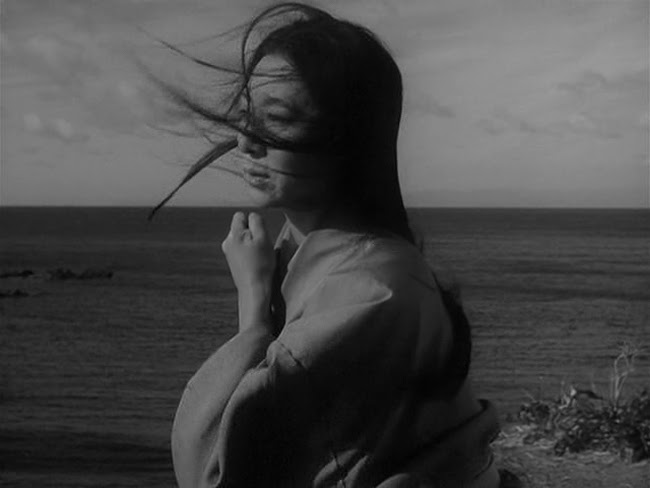 Mizoguchi, along with Mikio Naruse, was at the forefront of a feminist movement in Japanese cinema, consistently making films where society's treatment of women is portrayed as unjust. Though what Mizoguchi's exact feelings were are unclear as he opposed the Director's Guild allowing Kinuyo Tanaka, who frequently acted in his films, to become a film director herself. 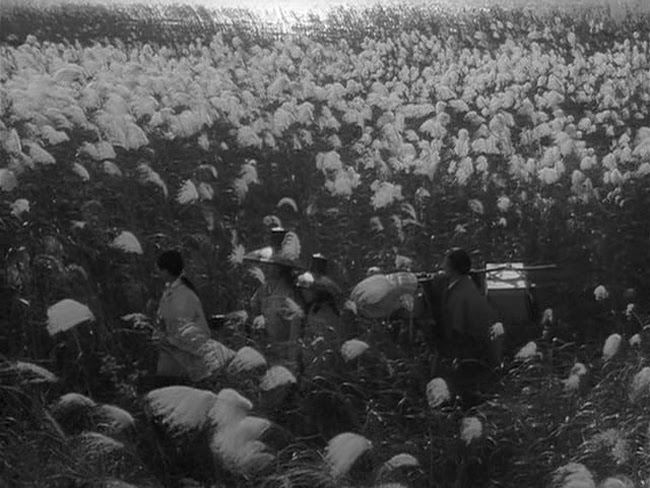 She never appeared in one of his movies again but that was after Sansho the Bailiff where she plays a noblewoman named Tamaki. As the film opens, she, her young son and daughter, and a servant are fleeing the province from whence her husband, the former governor, has been banished. 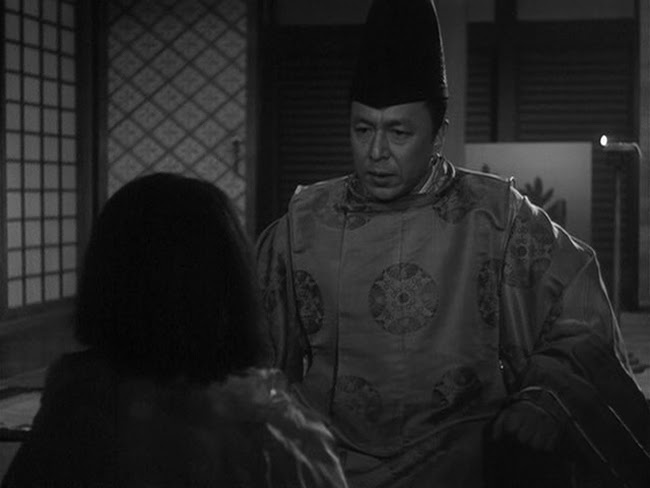 He's played by Masao Shimizu who manages to convey a sense of being deeply committed to principle and a terrible vulnerability. He's being exiled because of his belief in recognising more freedoms for the peasantry, essentially arguing for democracy. It's a value he passionately imparts to his children before he's taken away and this seems by Mizoguchi a conscious attempt to portray the democratic values imposed by the occupying U.S. forces as having precedent in Japanese culture. It's fascinating to compare this film with Mizoguchi's prewar 47 Ronin movie which seemingly argues for the honour of the complete sacrifice of self to one's lord. 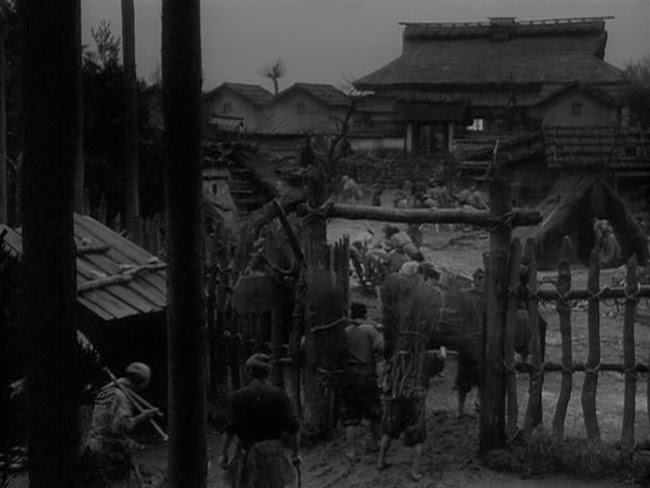 Tamaki and her children are soon captured and sold into slavery. Tamaki is sent off to a remote island to be a prostitute and the children, Anju and Zushio, are sent to the slave village run by the cruel tyrant, Sansho (Eitaro Shindo). 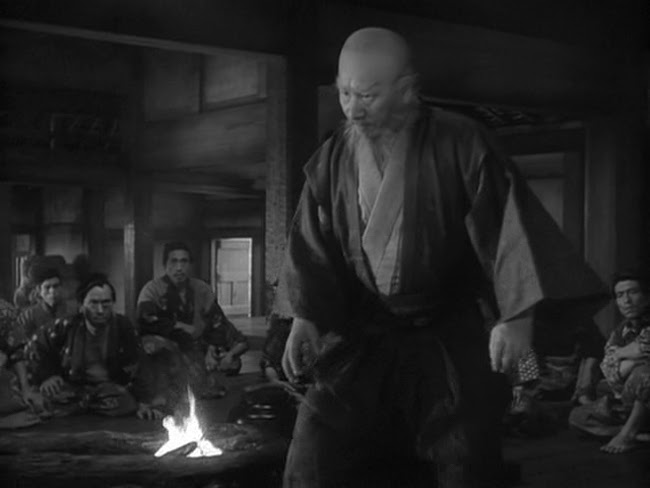 After a few years of their lives of toil, the child actors are replaced by Kyoko Kagawa as Anju and Yoshiaki Hanayagi as Zushio. Where at first both were committed to one day escaping and finding their parents, Zushio has lost hope and has started to go along with the programme, helping Sansho torture and disfigure an elderly slave who attempted to escape. 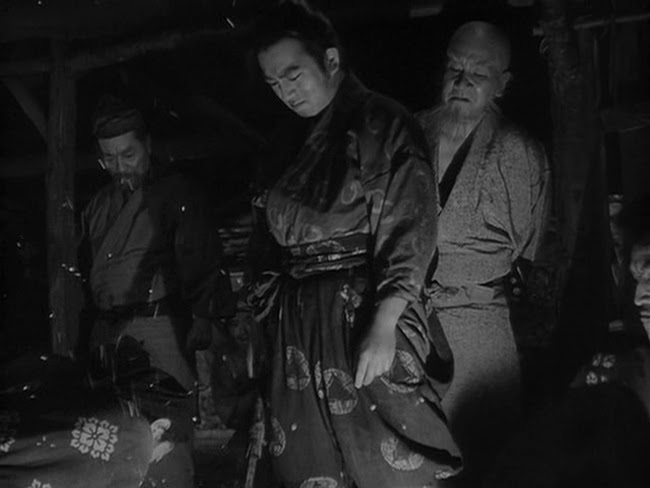 It's Anju, his sister, who never wavers and through her persistence and sacrifice spurs a change in her brother when the two of them are sent to carry a sick slave to a place on a nearby hill where slaves broken beyond usefulness to Sansho are left to die. 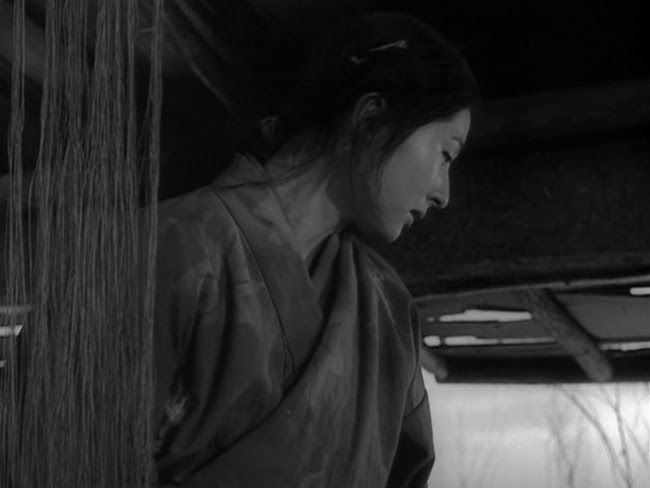 Although one naturally cheers for Zushio in his efforts after escaping to free the other slaves, there's a further, self-evident injustice in Anju and Tamaki's inability to do anything but remain pure and sacrifice themselves. In this, perhaps they're not unlike the samurai of the 47 Ronin movie--their voluntary abdication of agency portrayed as something more sublime than democracy. 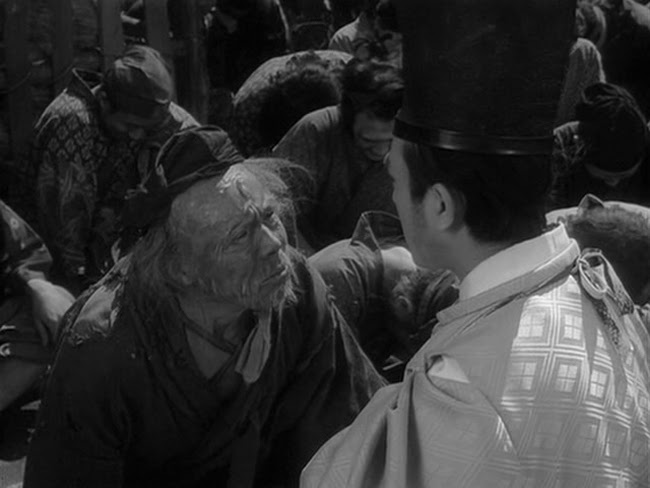 It's astonishing, the beautiful compositions in scene after scene of this film. Ultimately, Zushio makes sacrifices as well and there is a contrast set up between those like Sansho, who would serve themselves, and those like Anju, who would choose instead to place the welfare of others first. It's Nietzsche's master and slave dichotomy and Mizoguchi does not see a third alternative. One might find this third alternative, the ubermensch, in another film shot by Kazuo Miyagawa, Kurosawa's Yojimbo, though perhaps a better example is Kurosawa's film previous to it, The Bad Sleep Well, where one is reminded that the world often does not permit this third alternative.