The Long Legs of Summer 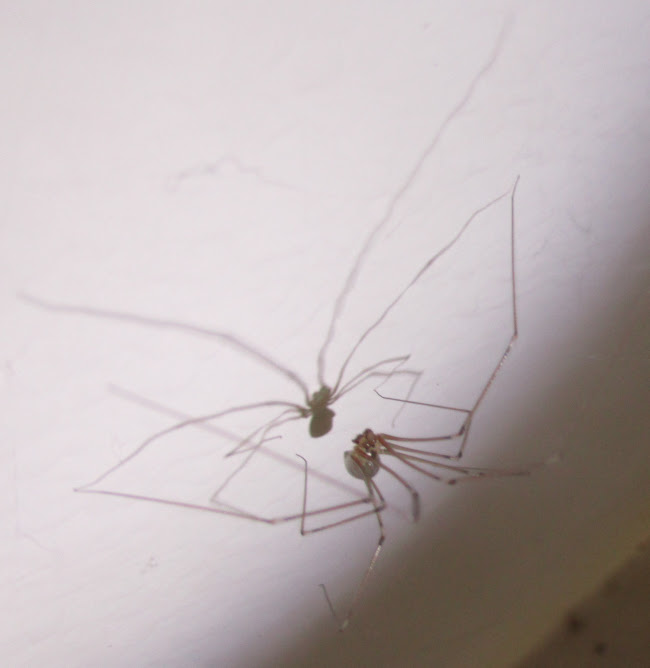 A rather large, beautiful daddy long legs has been staying in the ceiling corner above my television the past few days. His abdomen is about the size of a pea. 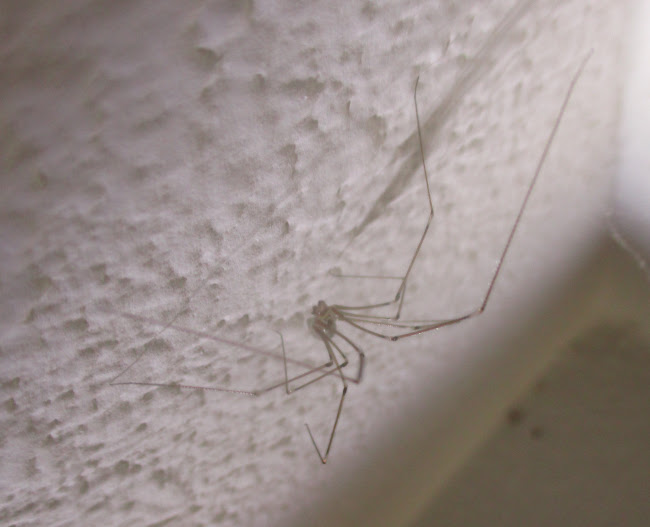 This morning I went out, headed for the library, wearing waistcoat and frock coat and soon had to remove both because it was 80 Fahrenheit. I guess winter week is over. Just yesterday it was under 60 when my friend Tim and I went to the South Korean supermarket in the afternoon for lunch. They have a nice food court and every restaurant gives you a big meal usually for around seven dollars or less--I suspect the fact that the grocery store is attached to the food court has something to do with it. It's like a huge slice of South Korea in this one shopping centre with a big restaurant and tea shop attached, as well as several Korean travel agencies, beauty parlours, arcades, and a Verizon store looking slightly out of place.

The food is good, too, except it's hard to order something without unexpectedly receiving a hard boiled egg. As I already had three eggs that morning, I contented myself with the kimchi and the tofu soup that was still violently boiling for several minutes in the stone bowl it was served to me in.

I finally got around to starting the second season of Agents of S.H.I.E.L.D. a few nights ago, largely compelled by the fact that Jed Whedon and Maurissa Tancharoen have so far only written the first episode. I've watched that episode and the second episode--written by Paul Zbyszewski--and unfortunately both have been pretty dumb, filled with the sort of smarmy quips that Joss Whedon sometimes manages not to make annoying but which consistently fall flat from the pen of his brother and his brother's wife. When speculating if the new villain Creole is lonely when a call comes through on S.H.I.E.L.D.'s monitoring line, Chloe Bennet's character Skye says, no, he's jacked and he can turn his body into anything. When now director Coulson exhibits signs of stress, Skye recommends yoga and Coulson says he's tried yoga but he's not flexible enough in that deadpan way that's supposed to make us go, "Aw, how cute, straight laced spy guy Coulson does/says normal people things," like 80% of his lines.

Still, the additions of Kyle MacLachlan and Patton Oswalt to the cast and upcoming episodes written by Drew Z. Greenberg, Brent Fletcher, and Jeffrey Bell make me want to stick with it a little longer at least.