A Small Hand for the Drowning Damned 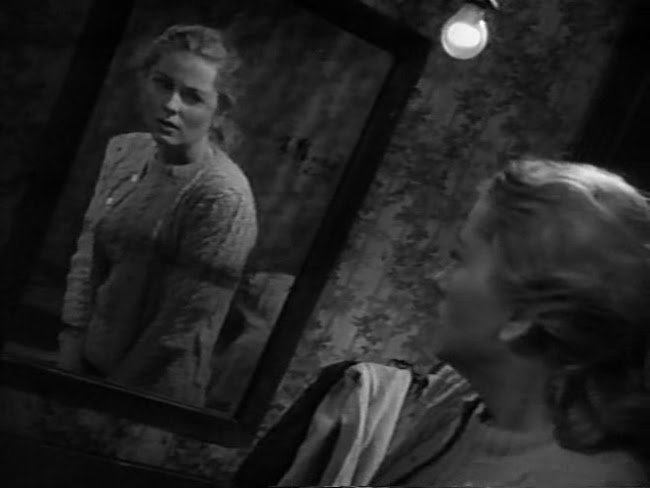 Maybe all Lady Macbeth needed was a little more affection. One might infer this from the title of 1948's Kiss the Blood Off My Hands, a film noir set in post-World War II London. Starring Joan Fontaine, she's not exactly Lady Macbeth, though her costar, Burt Lancaster, has plenty to feel guilty about in this beautifully shot film by Norman Foster.

I actually didn't mind Lancaster so much in this film. Maybe his sleazy egotism was just right for the role. He plays an American GI and small time hustler named Bill who accidentally kills a man in a pub at the beginning of the film. To evade the cops, he climbs rooftops before crawling through an open window where poor innocent Jane Wharton (Joan Fontaine) is trying to sleep. 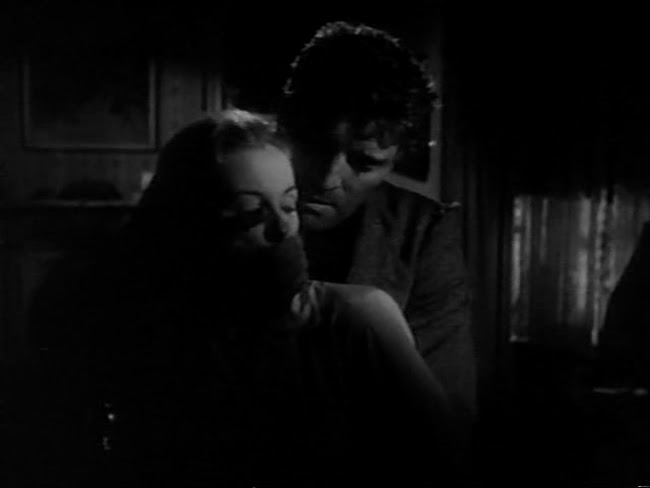 For some reason she believes him when he says it's all a misunderstanding. Maybe not surprising considering in the 1940s she had kind of a track record for falling for dangerous or duplicitous men, like in the two Alfred Hitchcock movies she was in, Suspicion and Rebecca. It's not explained exactly what she sees in the man who broke into her apartment except there's the impression of a warm personality naturally concerned for a wounded soul, a depth of character I put down entirely to Fontaine's performance. It's quite easy to see how Jane would be absolutely flat in the hands of a lesser actress, causing the credibility of Bill's motivations to suffer, too. 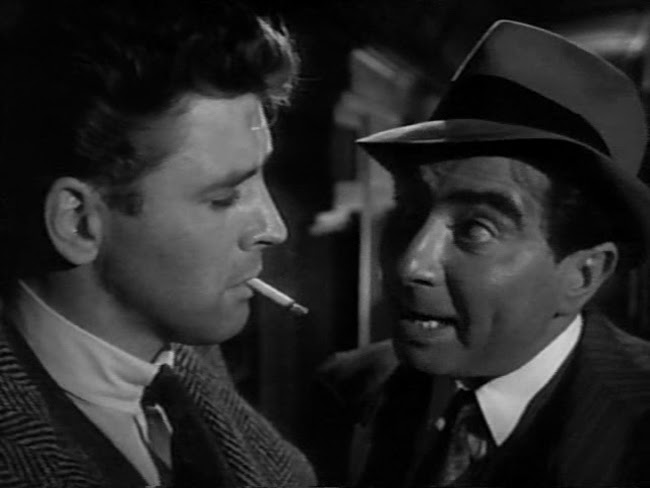 She wins him over and he makes an earnest attempt to change his ways despite being constantly shadowed by a gangster played by Robert Newton with a cockney accent. He'd witnessed Bill's accidental crime and wants to use it as leverage to get Bill to pull jobs for him. The vulnerability and sense of hopelessness in Bill, due partly to his experiences as a prisoner of war, come across very nicely for his motivation to take advantage of people without compassion. Jane slowly redeeming him is generally sweet even as what he's become rubs off on her a bit to her tremendous distress. This may be even more beautiful actually. 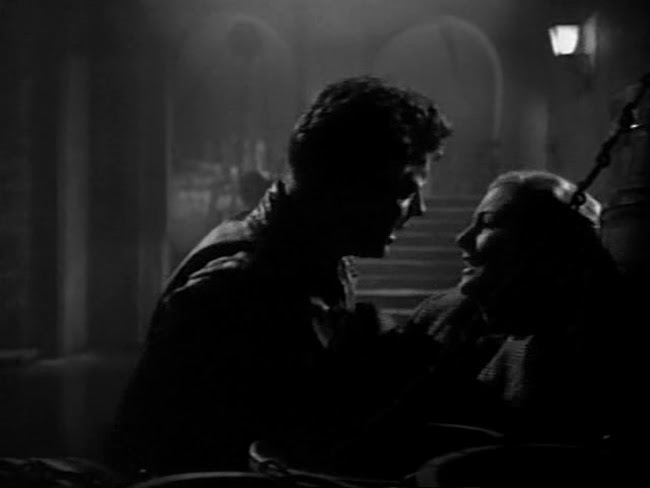 There's a conspicuously code enforced ending to the film but otherwise this is a really nice noir.

Posted by Setsuled at 1:52 PM
Email ThisBlogThis!Share to TwitterShare to FacebookShare to Pinterest