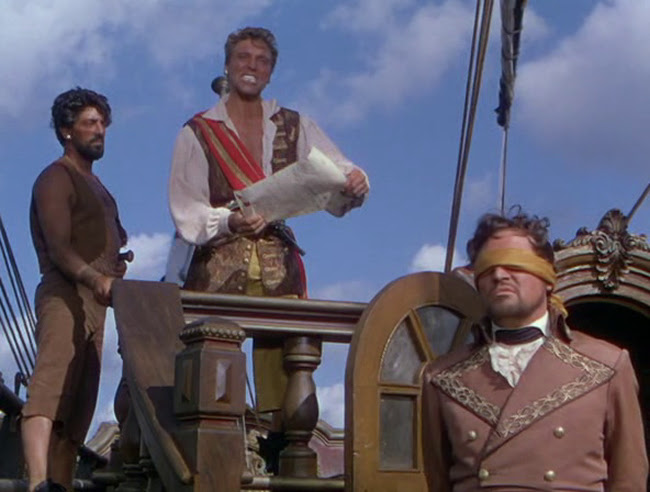 Cinema has a long history of pirates, from Douglas Fairbanks to Errol Flynn to Tyrone Power to Robert Newton to Johnny Depp. It might often be asked which is the best, which is the most charming, the most roguish. I can tell you who's the most annoying--that would be Burt Lancaster in 1952's The Crimson Pirate. This may be entirely due to my personal taste--gods, I hate Burt Lancaster. This has all the earmarks of a good pirate film otherwise--great locations, costumes, ships, and impressive acrobatics from the leads. Though Lancaster (if you hate him like me) isn't the only problem--the film is also a disastrous attempt at mixing comedy and adventure. 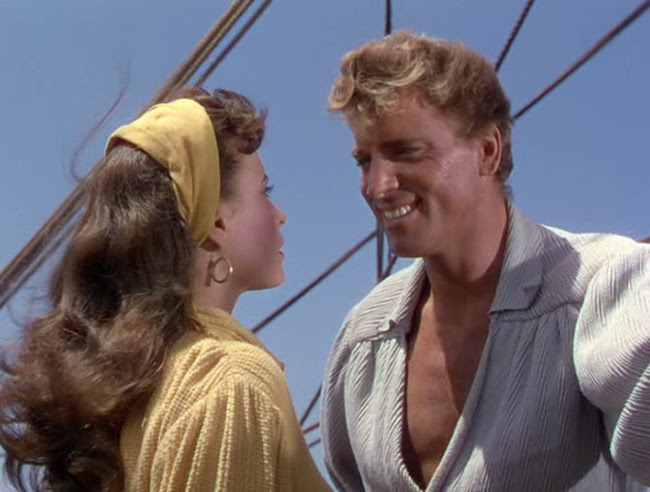 Oh, that fucking grin. Ever since I first saw him in 1958's Separate Tables I've made an effort to avoid this oozing vessel of self adoration. No matter what he's doing, what kind of guy he's playing, I look in his eyes and the thought I see is, "Oh, what a very good actor am I."

And he's so bad, particularly here. From the moment he gives a rousing speech to his crew, his type writer American accent spitting "ye" and "swabs" sounds like Dave Chappelle doing his impression of a white guy. He's that kind of stereotypical bland with apparent absolute self-confidence on top. Oh, and that fucking grin. 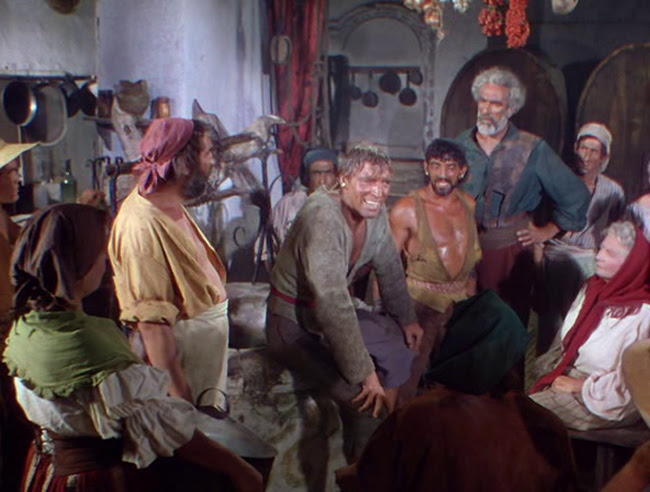 According to Wikipedia, he actually called it "the Grin". Me too, except with the addition of "the Fucking" or "the Shit-Eating." I wouldn't have watched this movie except I've been interested in pirate movies lately and movies with Christopher Lee. 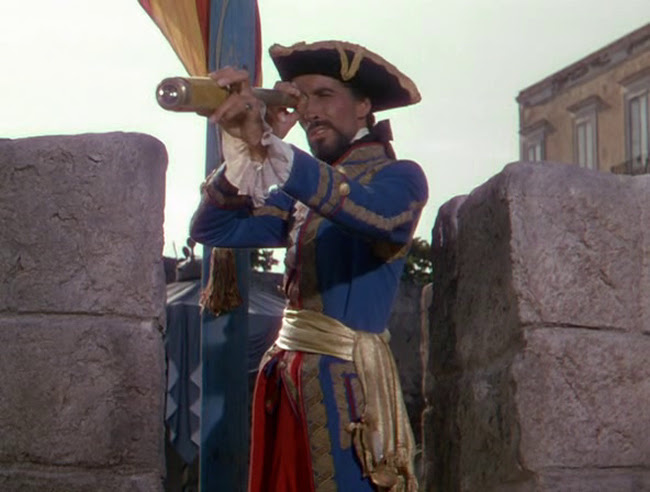 This was well before he was a star but at least he has a few lines as second in command to the main villain, Baron Gruda (Leslie Bradley). The movie's plot follows Captain Vallo (Lancaster) and his first mate Ojo (Nick Cravat) attempting to play both sides against the other, swindling both the Baron and the rebels fighting the colonial government of the fictional Caribbean island of Cobra. But Vallo falls in love with the beautiful daughter of the rebel leader, Consuelo (Eva Bartok), and like so many other pirate movies, many much better than this one, it falls into the trap of insisting on its lead pirate secretly having a heart of gold and not really being much of a pirate at all. Of course, the film starts off with these legs already amputated since Lancaster never seems remotely like a pirate, it's only weird his crew treats him like one. 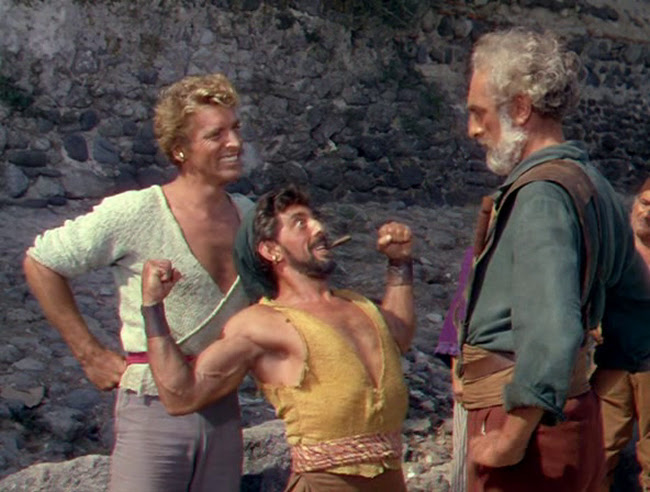 Lancaster and his long time collaborator Cravat do exhibit some impressive acrobatics as they avoid king's guards on the island and on the ship, but the film's plan of also being a comedy drains a lot of the tension out of these scenes making them feel more like impressively executed but rather unfunny slapstick routines. There's also almost no sword play.