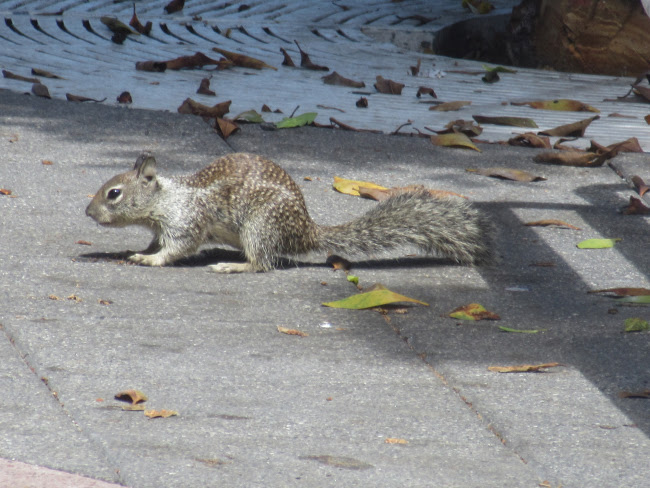 Here's a squirrel from the trolley station to-day which in no way proves I was at Comic-Con--but I was! 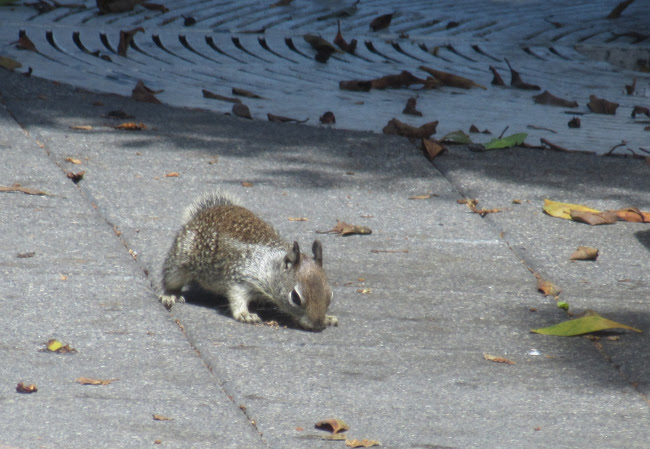 As usual on Preview Night, I just picked up my badge and Con guide and came home so I don't have to get my badge when I arrive in the morning. They were screening a bunch of pilot episodes of upcoming television series, I thought about sticking around for Supergirl, but I couldn't muster enough enthusiasm for it.

Posts from me between now and Monday will probably be brief and infrequent but expect lengthy Con reports next week. You can't stand still two minutes at Comic Con without seeing something to write about.

This is also the place where people think my regular clothes are a costume. To-day I wore an off-white linen sport coat, brown fedora, brown bow tie, white shirt, brown pants and shoes. A older security guard said, "You look like Doctor Who having a fun time!" I'll take that.

If any of you want me to check something out at the Con to write about later, just let me know. 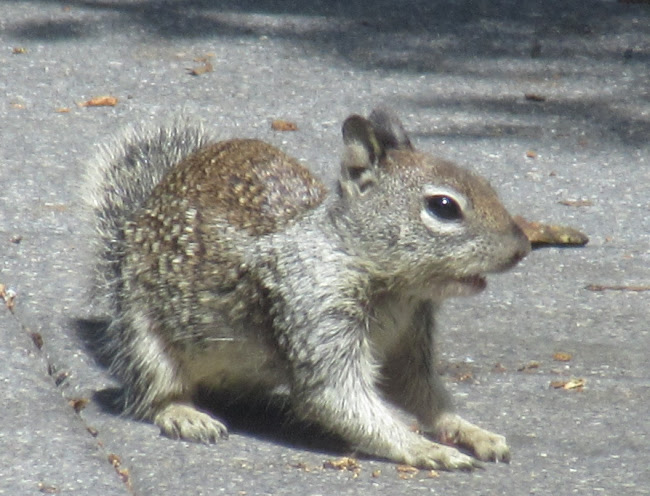