Satan has Decreed Christopher Lee for All Eternity 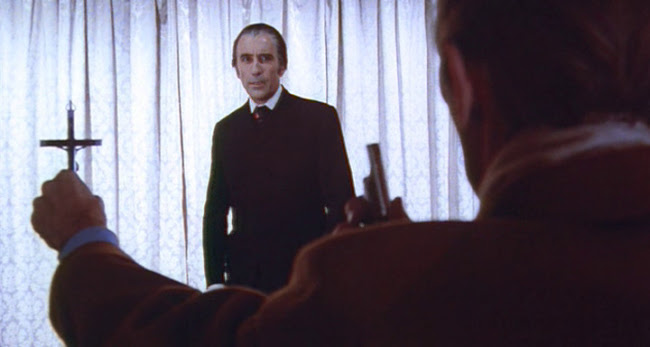 It's one thing to know Christopher Lee appeared in over two hundred films but I think I've gotten to the point of scaling that Mount Everest where I've looked down and been staggered just by the measure incarnate. I've been going through his movies lately, I have at least six more lined up, two more I've watched and haven't written about yet. The weird thing is, I can remember doing this in years past, like two years ago I went through a big batch of Christopher Lee films, and a few years before that. It's been over a decade since I saw him in The Private Life of Sherlock Holmes, I haven't scratched the surface of all the Italian or German films he was in, I haven't even seen all his Hammer films from Hammer's heyday. I haven't even seen his James Bond movie, largely because I'm not much of a James Bond fan, especially when it's not Sean Connery. And still, I'd say I've seen at least forty Christopher Lee movies. The idea that I'll come to the end at some point kind of seems absurd, I can't quite believe death will stop him. It never has before. 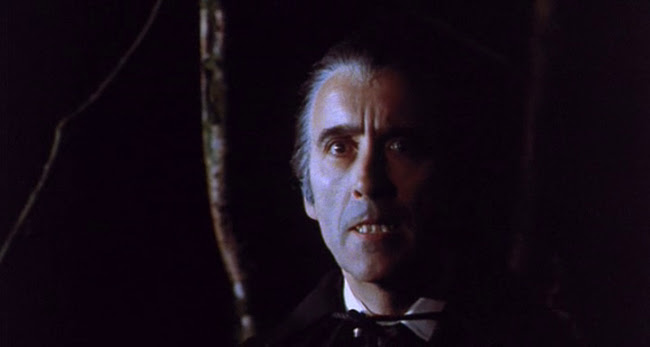 A few days ago I watched the final film in which he officially appeared as Dracula, 1973's The Satanic Rites of Dracula, another Hammer Dracula film that's not especially remarkable but not bad. Featuring Peter Cushing as Van Helsing again, it's set in the modern day and has the usual plot points of seductive brides and entranced heroes. There is a nice gritty quality to the cinematography in this one and some cold, Kubrickian moments, as in this scene where Van Helsing confronts Dracula for the first time. 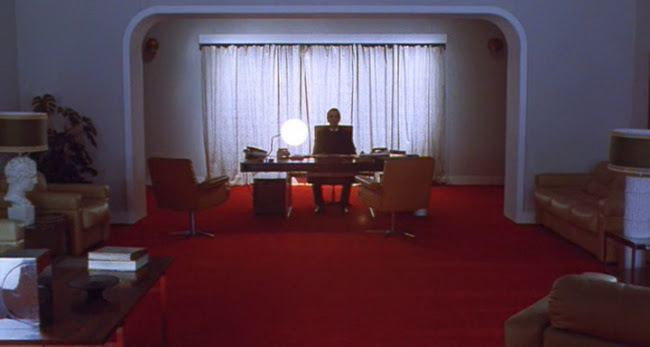 Apparently in an effort to disguise his identity, Dracula speaks with a heavy accent, Lee amusingly doing a pretty good job of imitating Bela Lugosi even though it doesn't quite make sense for the story. 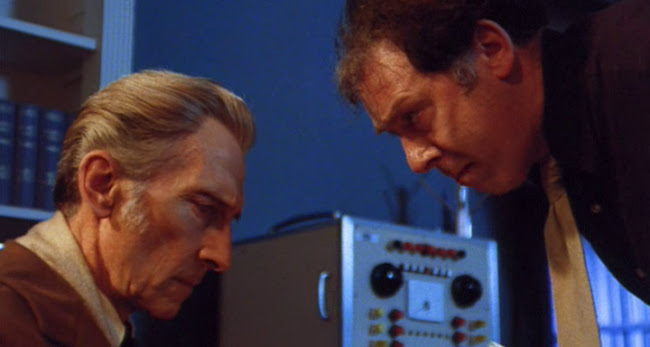 The film has two stand out supporting performances--future David Lynch regular Freddie Jones as an ever shuddering scientist trying to engineer a plague and a very young Joanna Lumley as Van Helsing's granddaughter. 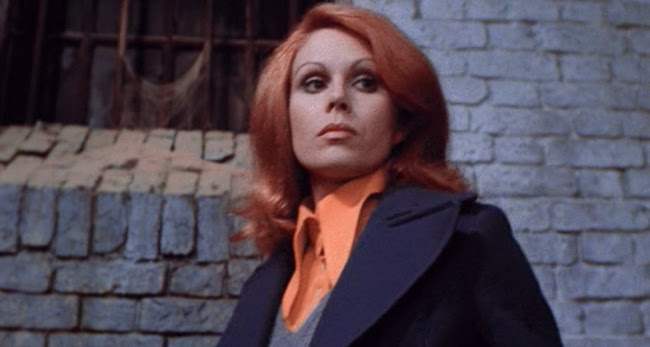 Oof, bright orange and navy blue, I want to say that's a bad choice for a redhead but I don't think that would look good on anyone.

It would have been nice seeing her and her grandfather having a catty back and forth but despite Lumley being incapable of sounding like anything but a worldly and intelligent woman she's forced to play the standard damsel in distress. She makes tea for the boys and then wanders into a basement to get attacked by Dracula's brides. 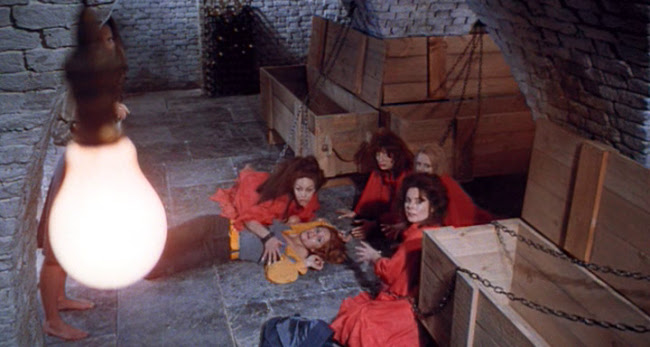 Posted by Setsuled at 3:27 PM
Email ThisBlogThis!Share to TwitterShare to FacebookShare to Pinterest