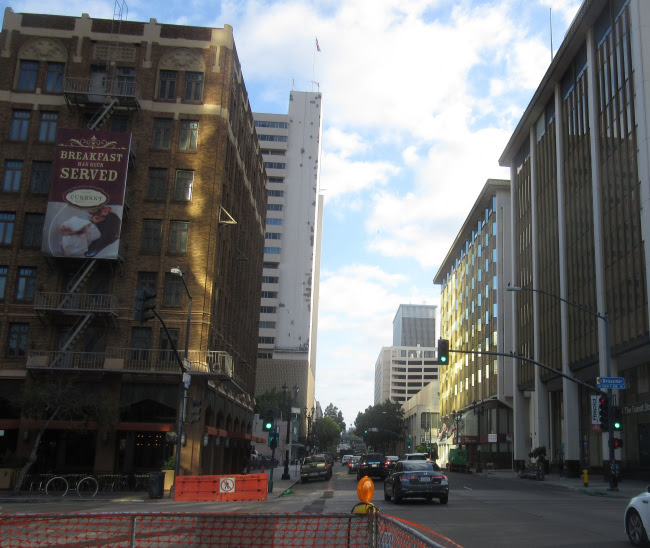 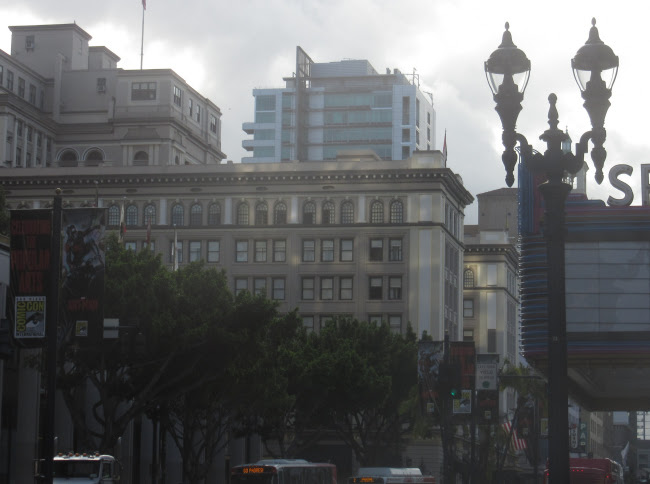 This is near the theatre where Conan O'Brien hosted his show throughout the Con. I saw O'Brien on the way home that day but I didn't manage to get a good picture before my camera ran out of memory. 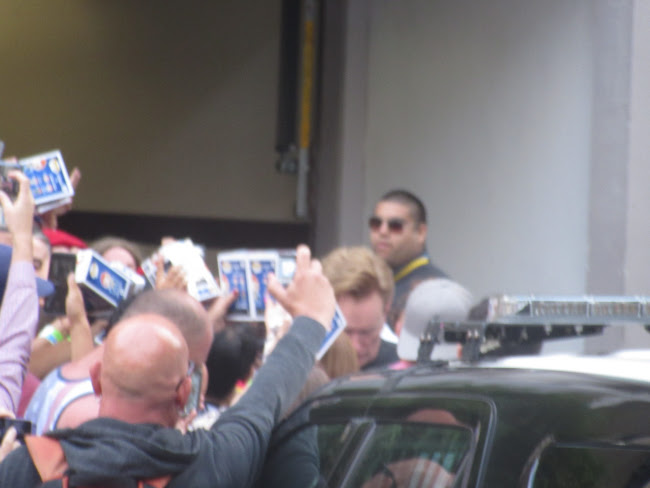 I got a new camera not long ago but I'm still using my old memory card, I guess the pictures and video this one takes are much bigger. But I like having a true zoom on this one instead of just a crop on the spot.

Here's the event hall early on Thursday which was surprisingly not very crowded: 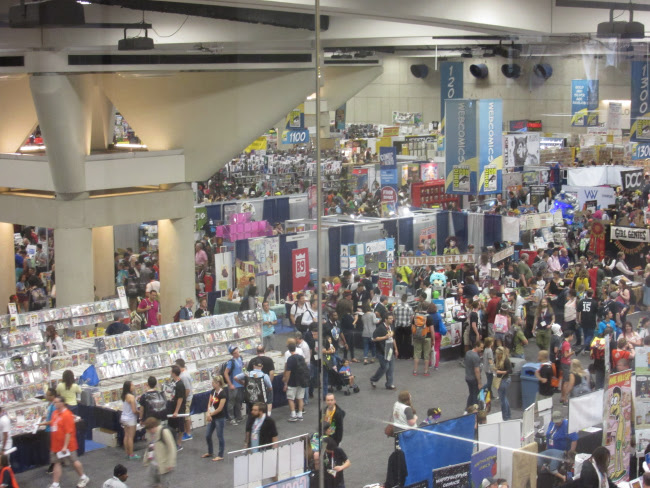 While I didn't get into the Star Wars panel, I did see a few cool Star Wars related things. Though maybe many of you won't be quite as delighted as I was to see this young lady (on the left) keeping the EU flame alive with this Grand Admiral Thrawn cosplay. 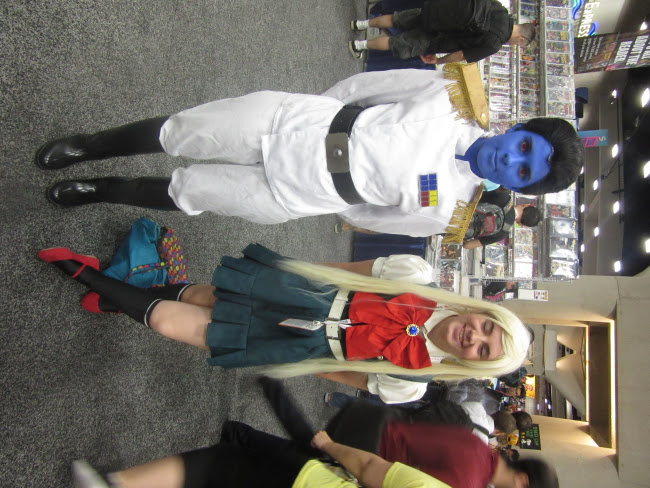 Her friend on the right was a character from some anime, I forget which.

This year the late Grant McCune, special effects designer on the first Star Wars film and many other films, had a large booth in the event hall with actual models used in the production of films he worked on. 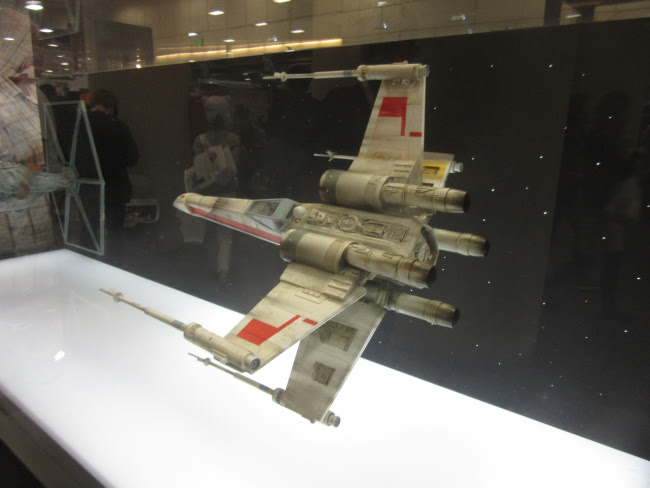 This X-Wing was about fourteen inches long. 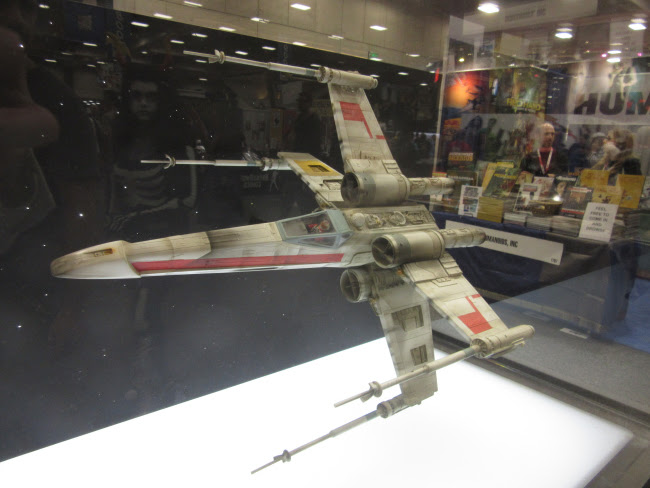 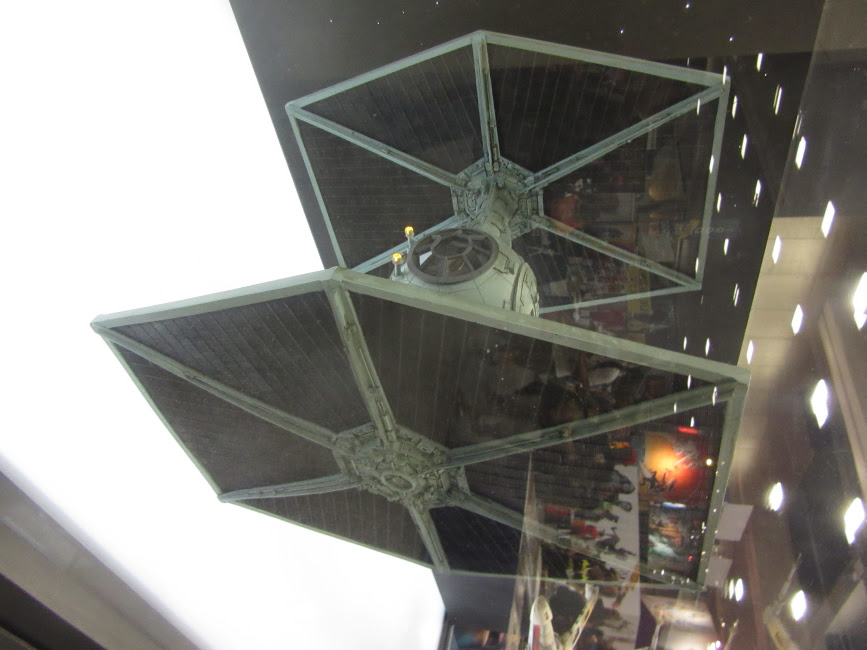 The TIE Fighter was about fourteen inches tall. 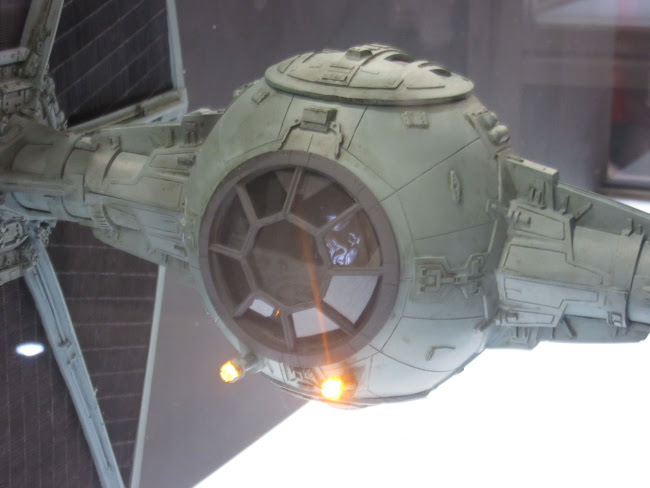 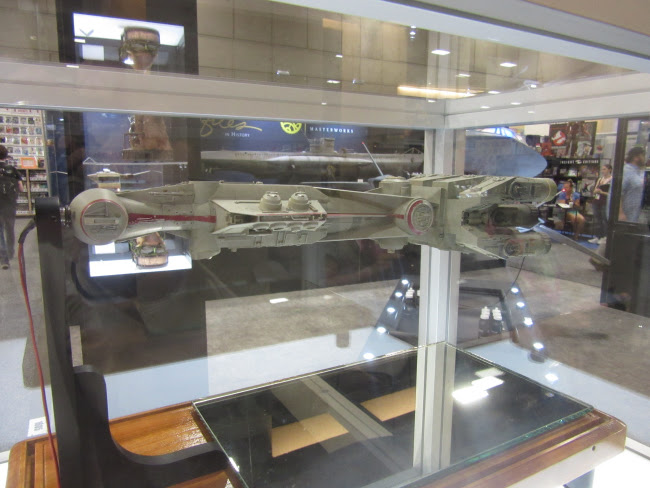 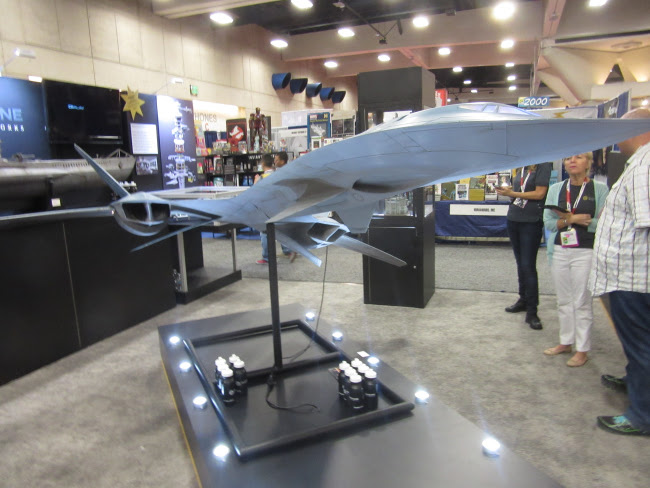 I was surprised by how large this jet from the X-Men movies was. 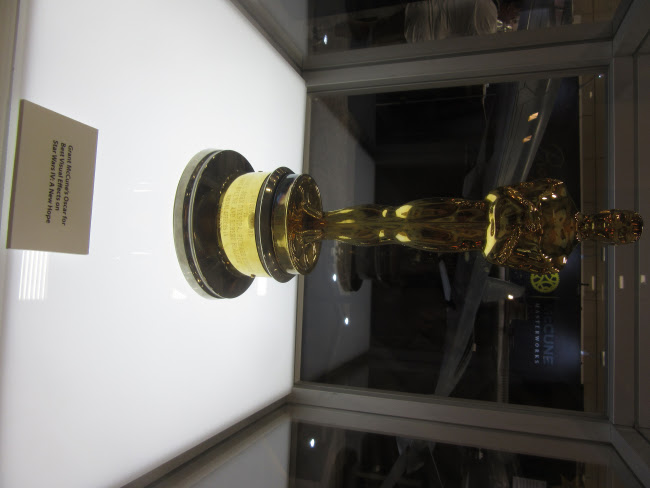 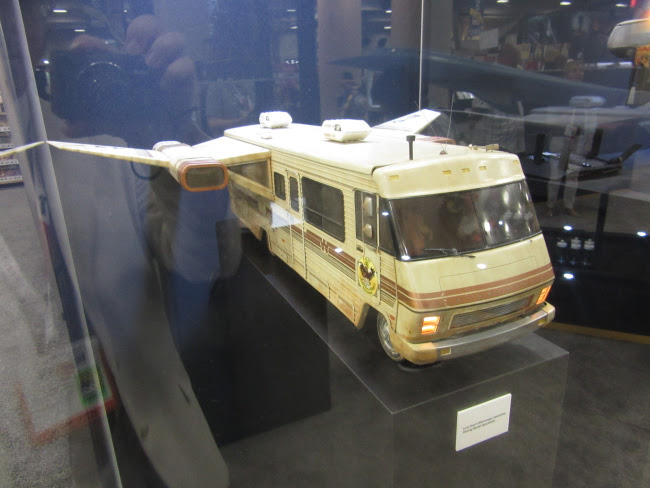 This is the actual Winnebago model that was used for Spaceballs. I ran into some Spaceballs cosplayers later at the other side of the Con--they'd heard that the model was on display so I tried to give them directions but rather failed, I think, vaguely waving my arm, "It's over that ways." 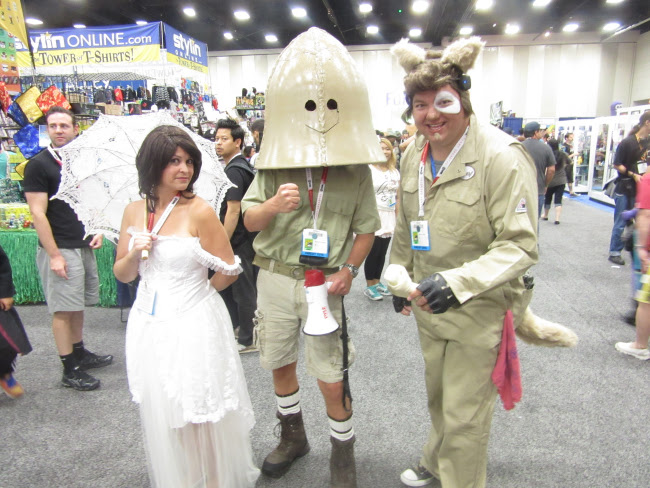 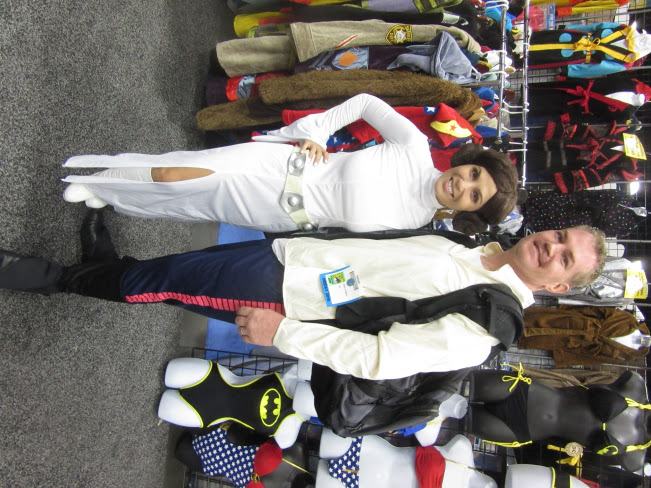 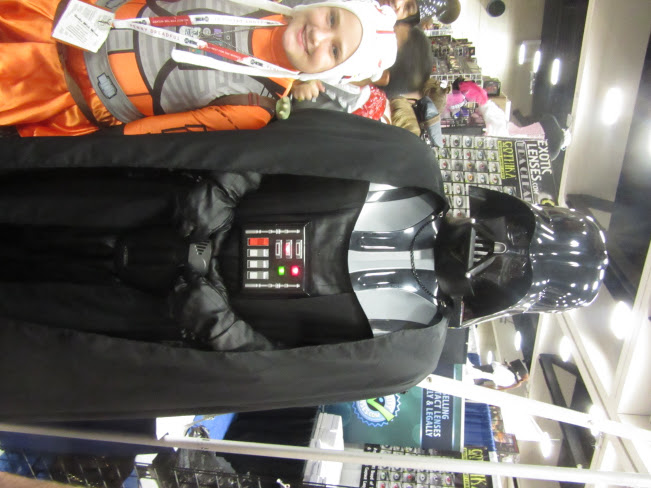 There were a few impressive Darth Vaders, this one I thought could have pulled back his helmet just a bit. Of course there was a steampunk Vader: 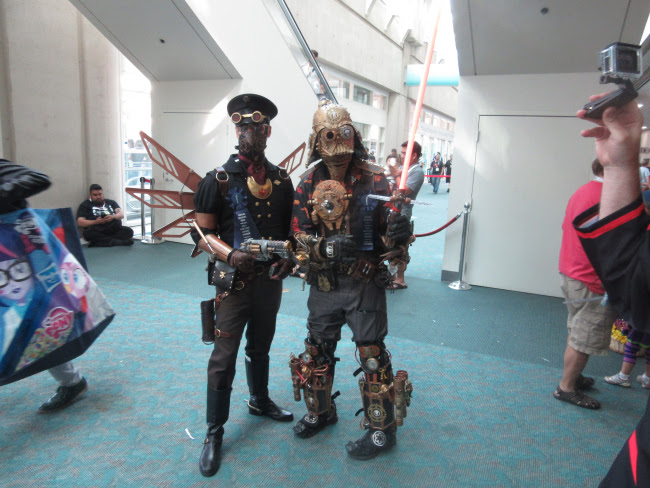 Well, that was a lot of pictures. I think I might be able to finish up with these reports to-morrow with . . . even more pictures! Oh, you lucky people, stay tuned.

Posted by Setsuled at 8:33 AM
Email ThisBlogThis!Share to TwitterShare to FacebookShare to Pinterest