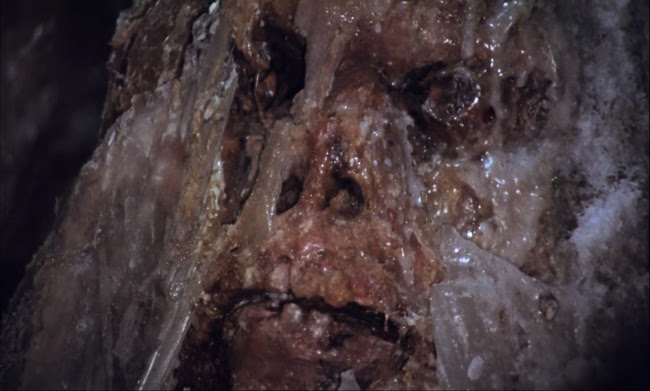 I'm starting to get the impression that people were a little frightened of human evolution in the 1970s. First The Creeping Flesh and now I've seen 1972's Horror Express, another Peter Cushing and Christopher Lee movie that focuses on a threat posed by a reanimated ape man--in this case at least a fossil rather than bone. As Christopher Lee's palaeoanthropologist character explains when asked what a fossil is, it's "Stone!" A particularly good effort for Cushing and Lee, it's also a wonderful train film, something I happen to be a sucker for.

Lee actually not only gets to play the hero he even has at least a hint of romantic subplot--though it never really amounts to much more than heavy flirtation--with a beautiful countess named Irina (Silvia Tortosa). 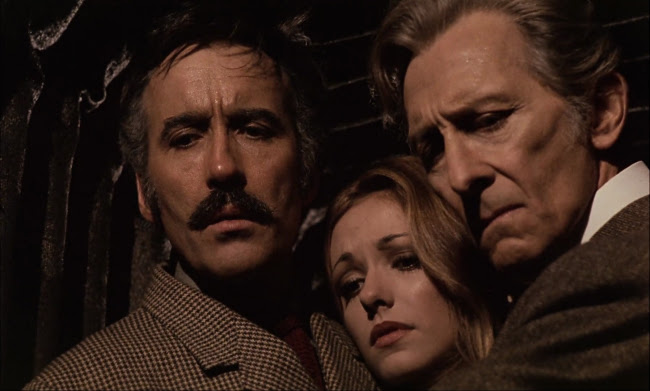 Like much of the cast, she's Spanish because the movie was shot in Spain though it's set on a train travelling through Russia from Manchuria where Lee has made the discovery of a lifetime: a well preserved fossil of an ape man which he puts in a crate that immediately inspires alarm from an Eastern Orthodox priest named Pujardov (Alberto de Mendoza). Which is a nice change of pace when these movies usually use Catholic priests. 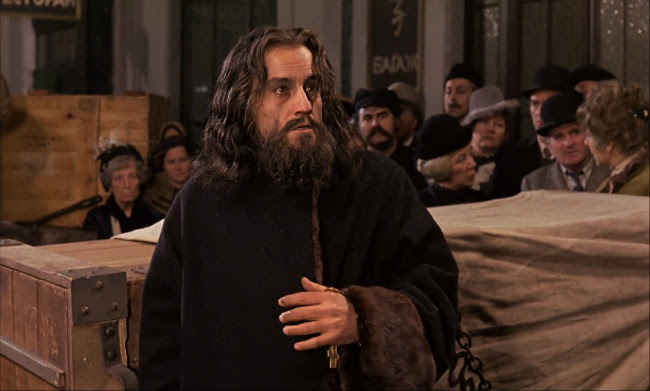 Cushing plays Dr. Wells, a colleague of Lee's Professor Saxton who's damned curious about what's in that crate and tries to coax the secret out of the solemn and severe Lee. Though Cushing's not single minded in this pursuit, being somewhat displeased learning he has to share a cabin with Lee instead of being able to offer a spare bunk to a mysterious beautiful woman (Helga Liné) who comes in to sob on his shoulder. 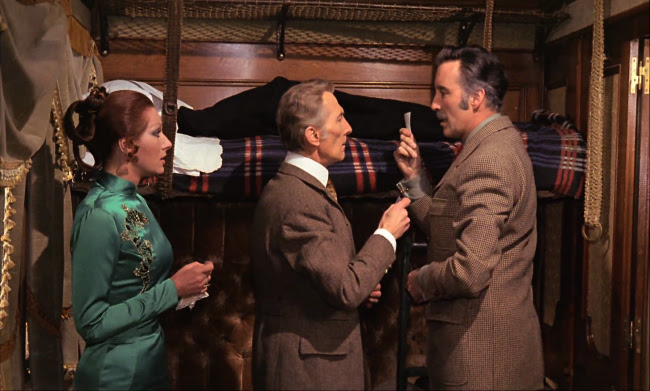 The priest's warnings about Satanic sorcery being hidden in Lee's crate start to gain credence after a series of people turn up rather grotesquely dead, blood tears streaked from bleached eyes, one of them turning up in the crate where the fossil's supposed to be. 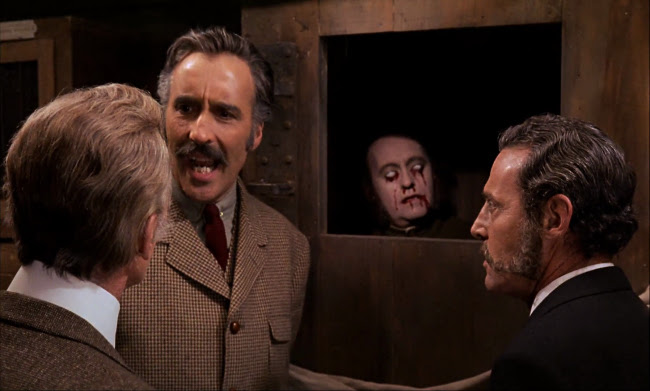 Later in the film, a Cossack captain played by a rather amusingly over the top Telly Savalas boards the train on suspicions of rebellious activity on board. The film is a nice series of inventions like this and it's a lot of fun. 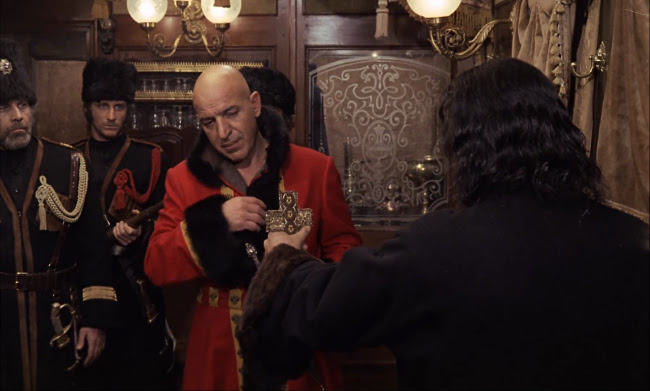