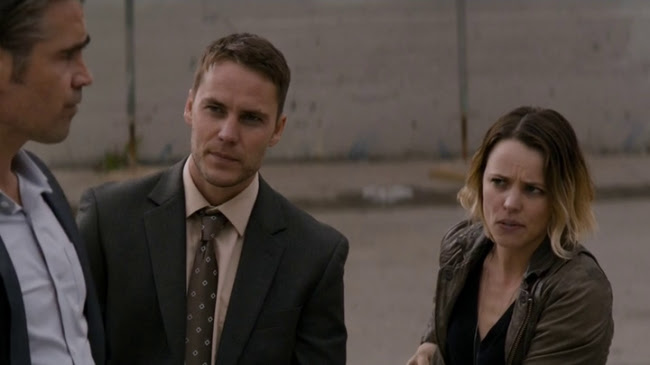 One way to tell someone's a lousy psychiatrist is if he says being threatened with torture means someone's not going to torture him, especially if he uses this false insight as a taunt. So here's Velcoro being a genuinely bad man on the new True Detective, though in this episode he finds out he's even worse than he thought, like one of the nicer lines from the episode where he advises his son that if, on an occasion where he experiences pain, he wonders if there's a limit to the amount of pain one can experience, "pain is inexhaustible. It's only people that get exhausted."

Velcoro records these monologues for his son since he hardly ever gets to see him and, as we see in this episode, he'll have even less opportunity if his ex-wife has her way. I liked just about everything about this episode except the final shot which made for weird continuity with a previous shot of Velcoro, the last shot clearly inserted to hammer a point home to the audience that I don't think really needed to be hammered. 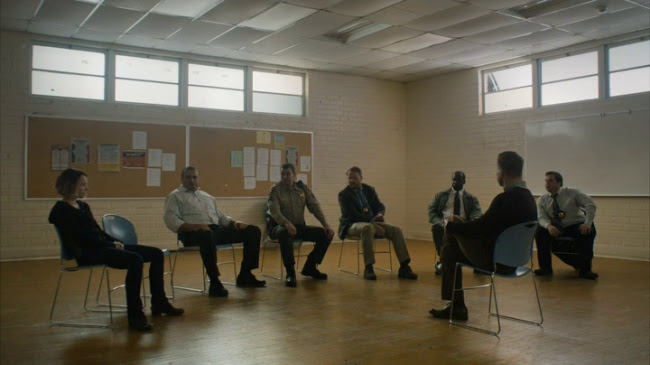 I loved Bezzerides in the sexual harassment therapy group. Her casually talking about how she loves big dicks a nice demonstration of what a farce the situation is. She has a discussion with her sister later about making contact with pimps in order to get into a party. It seems like the hypocrisy she exhibited in the first episodes has smoothed out a bit in the sixty day gap between this episode and the previous one--she's also gone back to smoking regular cigarettes instead of e-cigarettes.

Last week's shoot out, by the way, really impressed me. I loved the sense that anyone could get shot and I especially loved the portrayal of the emotional impact on the survivors at the end, that kind of thing is usually avoided on shows where lives are unrealistically cheap. I'm distinguishing here between lives being cheap because people die all the time, which they certainly do on True Detective, and lives being cheap because they don't mean anything to the people who live, a mistake even some good shows make. True Detective, again like Twin Peaks, knows it's valuable to make death look like it really hurts the people who witness it.

Though for all that, seeing Teague Dixon getting shot in the head last week doesn't make me feel like it's the last we'll see of him, particularly after some of the events in last night's episode. 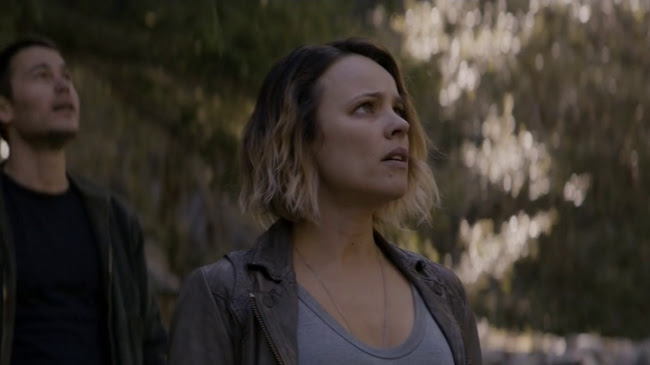 I also particularly liked the scene of Bezzerides and Paul finding a horror scene by following carrion birds. And I thought the relationship between Frank and Jordan was really effectively sweet, which is going to make next week's showdown between him an Velcoro all the more effective.

Posted by Setsuled at 11:47 AM
Email ThisBlogThis!Share to TwitterShare to FacebookShare to Pinterest