The Things They Say in Crypts 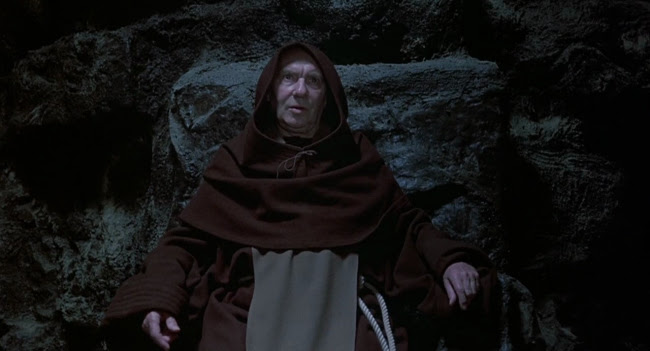 We all know the Cryptkeeper is a desiccated corpse with a shrill laugh. But before the HBO series portrayed him that way, the classic EC comics were adapted as the 1972 Tales from the Crypt with a not especially ghastly looking Ralph Richardson as the famous host. An enjoyably cruel film about just revenge, satisfyingly over the top comeuppance, and general moral mayhem, it consists of five stories drawn from the original Tales from the Crypt comics and its related series The Vault of Horror and The Haunt of Fear.

The framing story of this anthology film shows a diverse group of people on a guided tour of a crypt getting lost and trapped in a room with the mysterious hooded figure played with an air of authority and a hint of sadism by Richardson. He tells each one in turn a frightening tale in which they are the central figure. 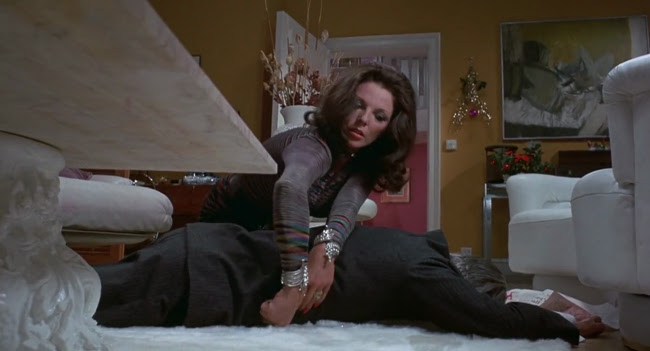 The first story features Joan Collins as a woman who kills her husband on Christmas Eve for unexplained reasons. While she's attempting to dispose of the body, rather clumsily killed in the parlour while their child is upstairs failing at falling asleep in anticipation of Santa Claus, a psychopath escaped from a local asylum turns up outside dressed as Saint Nicholas. The sense of murder on top of murder in the story is nice especially since it puts the protagonist, the beautiful Collins with whom we sympathise anyway, beyond the grace of God right at the beginning. 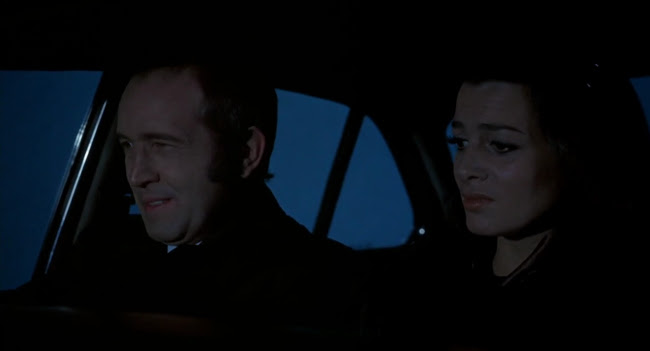 The second story may be my favourite. Perhaps reflecting an influence from H.P. Lovecraft's "The Outsider", Ian Hendry plays a man who abandons his family to run away with his mistress only to have a nightmare that they get in a horrible car accident. Or perhaps it's not a nightmare--the film presents it as a peculiar time loop which creates a nice impression of inevitability. On top of this is the stuff reminiscent of "The Outsider" where the story goes to first person--something that really doesn't work cinematically here any more than it did in the 1947 adaptation of Lady in the Lake but other aspects of the story prevent it from failing. 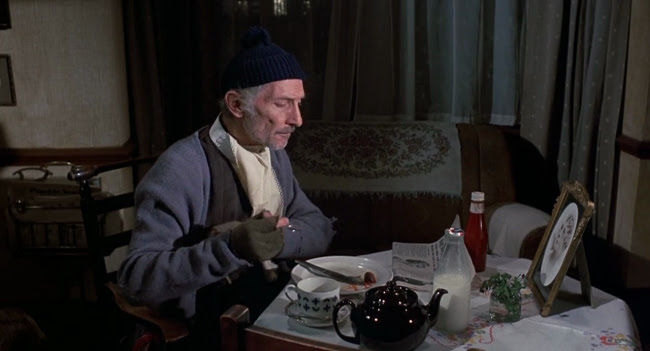 The third story builds to an ending that you sense coming the whole time but is only more satisfying for the anticipation. Peter Cushing plays a sweet, harmless old man who loves his dogs and the local children and talks to a portrait of his dead wife. But his obnoxious neighbour (Robin Philips) wants the old man out because his house is driving down local property values. So the young man silently declares war, spreading rumour and misinformation to destroy the old man's reputation and get his dogs taken from him before forging hateful Valentine letters from everyone in town. Cushing is uncommonly sweet and heartbroken in this story, the ending couldn't be horrific enough to please me. As it is, it did okay. 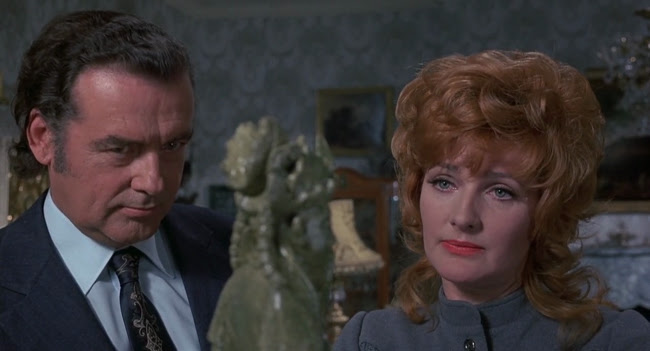 The fourth story, a variation on "The Monkey's Paw", is interesting though it makes no sense in context of the framing story given that the man the Cryptkeeper talks to neither does anything wrong nor dies in the story. 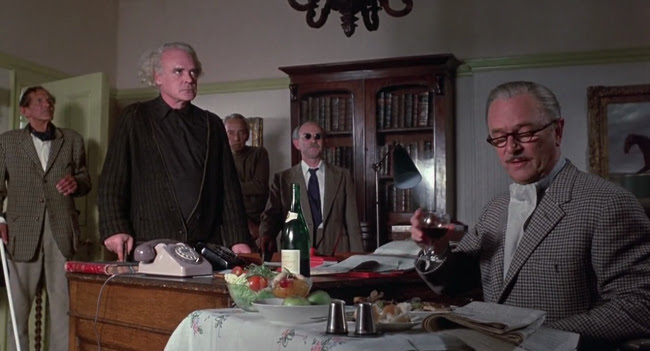 The final story is the longest and least interesting, a fairly simple story about a home for the blind under the cruel management of a greedy military man (Nigel Patrick). Patrick Magee gives a magnetic, quietly burning performance as the leader of the blind men who turn against him but the story never reaches the heights of inventive cruelty of the first three. It did make me long for a time when even blind men in nursing homes wore sport coats every day.