A Game of Nudes

I have to say, an acoustic cover of Chris Isaak's "Wicked Game" is a pretty inspired choice for a Game of Thrones trailer.

Looks like Daenerys has been enslaved by people who didn't care to take her valuable looking necklace. Or is she a foot soldier now? But all in all, a good trailer. I even like the kind of tacky cleavage tease for Melisandre. I think this season what we really want to see is Cersei getting payback so that "I choose violence" line is pretty nice.

Speaking of nudity, I was surprised to see most of the more obnoxious news feeds this morning filled with Bette Midler whom the media has decided is in a Twitter war with Kim Kardashian based on one tweet:

"Kim Kardashian tweeted a nude selfie today. If Kim wants us to see a part of her we've never seen, she's gonna have to swallow the camera."

Kudos to Midler's publicist. How many people in the media make vaguely or directly disparaging remarks about Kim Kardashian that don't get any play? Kardashian has released a statement about how her body is empowering and I certainly agree there's nothing shameful about someone posting naked pictures of themselves if they want to. I don't think Midler was aiming for that level of philosophising, though, as indicated by her follow up and only other tweet on the subject: ".@KimKardashian: I never tried to fake friend you. Looks like anyone can take a selfie but not everyone can take a joke..." It was barely a joke; more like a limp comment by someone at the party trying to do everyone the courtesy of looking vaguely engaged with the discussion. I doubt Midler really gives half a rat's ass what Kardashian does or doesn't do. 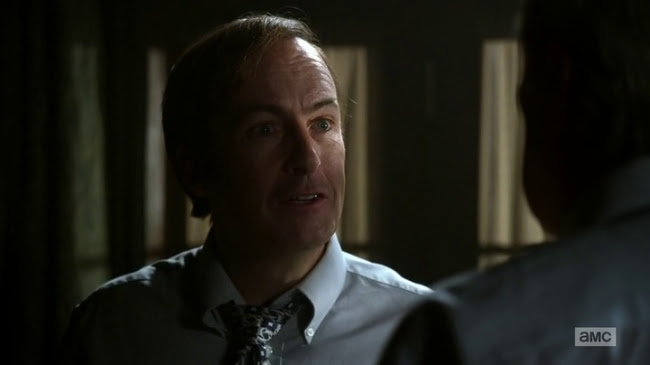 Jimmy getting in hot water over recording a commercial without the senior partners' permission is nice. I like the way this shows the different ethical sensibilities of Jimmy irresistibly manifesting themselves. I love that the show has us wanting Jimmy to be happy about his relationship with his brother and simultaneously has us wanting him to succumb to the Saul side. 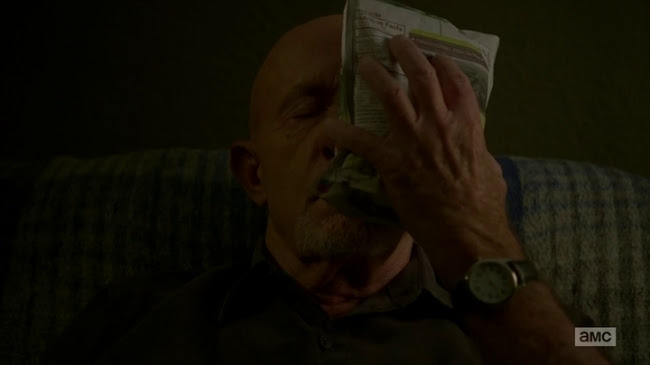 The violence in the Mike plot was pretty good.

Posted by Setsuled at 8:41 PM
Email ThisBlogThis!Share to TwitterShare to FacebookShare to Pinterest