Some of Your Friends are Here 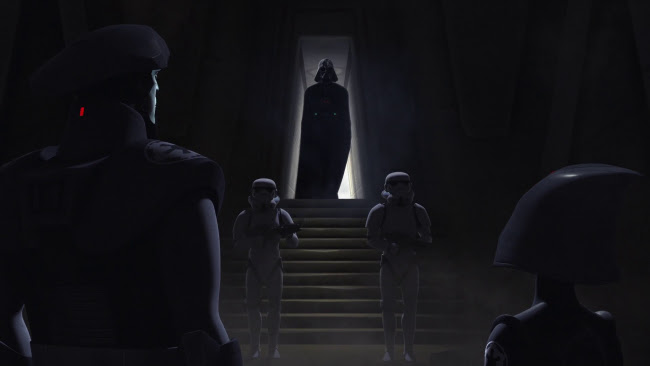 I feel like people should be making a bigger deal out of the fact that Frank Oz was Yoda and James Earl Jones was Darth Vader on last night's Star Wars: Rebels. That no-one's making a big deal is probably a testament to how disappointed people have been generally with the show but--to those of you who've been away--last night's episode was a high point in a season that's been on the definite upswing.

It was written by Henry Gilroy, the best writer from the first season and one of the few imports from Clone Wars. The producers seem to've realised he's their best asset, writing-wise, and have put him in charge of the more important episodes, arc-wise; last night, we finally got a little quality time with Ahsoka, Ezra's turn to the Dark Side was teased, and Kanan faced a belated test. 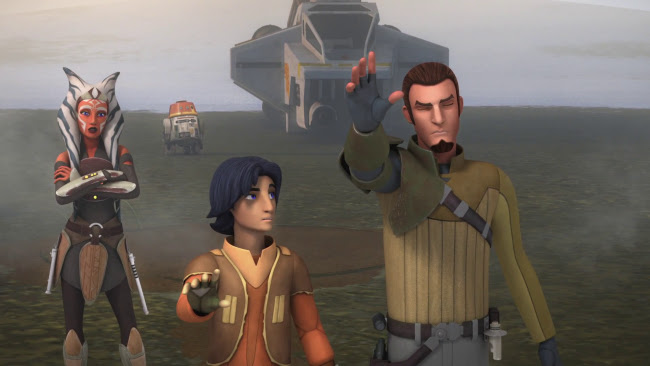 I've actually been almost not hating Kanan and Ezra for the past couple episodes. I even thought Ezra's ability to talk to animals in "The Call" was kind of charming--though I think I'm alone in that opinion. But I'm definitely happy the show has adopted something closer to the Clone Wars model of focusing on different characters every episode in vastly different locations. Last week had a very nice Enemy Mine homage with Zeb and Agent Kallus--Enemy Mine being a science fiction film released by Disney in the 80s so I wonder if this episode was Disney saying, "Look how natural it is we have Star Wars now." 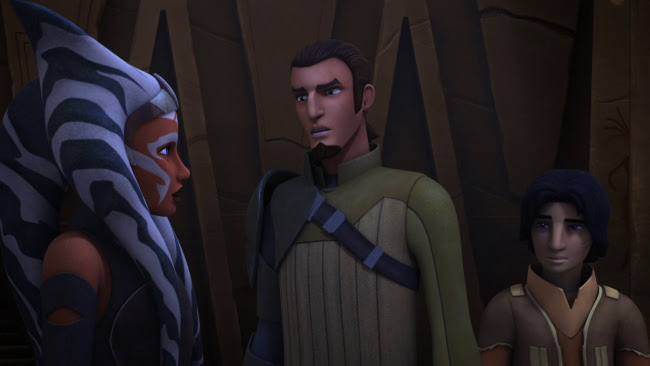 Since she was brought on in last season's finale, Ahsoka has been annoyingly side-lined, having sort of a Mace Windu role as a respected master who isn't around often. "Shroud of Darkness" gives us a little bit of her getting close to realising her former master, Anakin, has become Darth Vader. 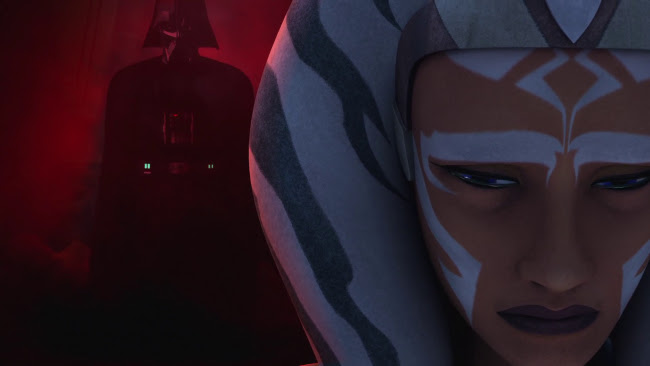 The title of the two part finale airing on March 30 is going to be "Twilight of the Apprentice". Which probably means Vader's going to kill Ahsoka but I really hope it means Ezra turns to the Dark Side and Ahsoka becomes the new star of the show in season three. 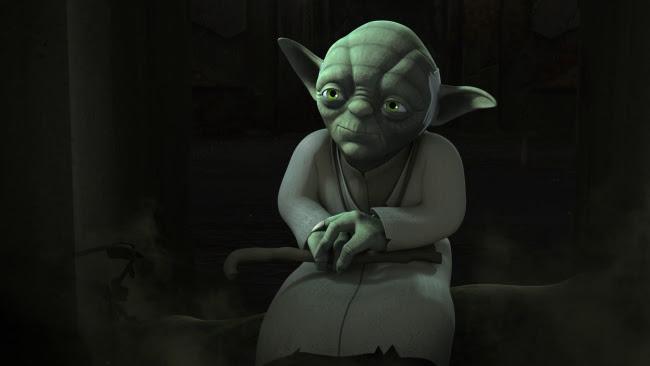 The little brat, Ezra, is the one who gets to talk to Frank Oz as Yoda in his vision--the three light sabre wielding characters each have visions in a Jedi temple. Yoda tries to give Ezra the "wars not make one great" rap he gave to Luke but the twerp is even less receptive. He insists that fighting is the only way to win and winning is the most important thing. Ezra going to the Dark Side works not only because it means we'd see less of him: it prevents him from being the generic brand version of Luke and it makes sense of what an ornery little prick he is. 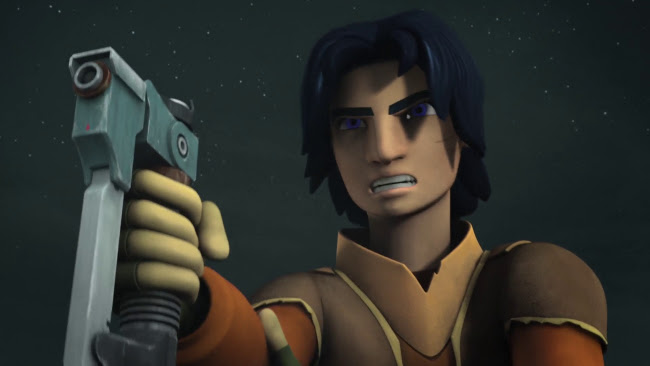 Maybe if he turns to the Dark Side he'll wear a mask with a new voice and he'll be essentially a new character. That'd be nice. My preference would be to have Vader and Ahsoka team up and dismember him but I guess that'd do.