I had such ambition for the weekend. I wanted to pencil and ink at least six pages for my comic but I ended up only pencilling two. On Saturday I ended up hosting a charity Strip Chess Exhibition Tournament for someone in Russia who only has two dollars a day to eat with--we ended up raising 108 dollars, which I'm rather pleased with. Sunday I had to drive forty miles north to a place called Carlsbad for one of the two poetry magazines I'm interning for this semester, the Magee Park Poets. I attended a poetry workshop at Carlsbad's one hundred year old Cole Library which has only recently been reopened. The topic for the workshop was "grief" and as I was the only one there under fifty and most of the people there were at least sixty I was pretty well outpaced on the topic. Most people had stories that began with sentences like, "When my husband died twenty years ago," or, "I'm grieving the loss of my eyesight." All I could say was that I was grieving the loss of literacy which I've been feeling acutely lately in my capacity as writing tutor at the university. I mentioned to those present at the workshop who were adjusting to blindness that one of my favourite poets, John Milton, wrote his best work after he went blind and I was pleasantly surprised to find that several people in the room had actually not only heard of John Milton but also liked him.

Anyway, here's the sonnet I put together in the thirty minute writing period, I see now with one more quatrain than I intended:

A vertical stripe in a gurney cools
Before a clean and blue elbow at rest
On sterile counter counting dreamless pools
A notecard with broken dry unrest
In frame behind the walls in rooms
Acknowledged late by balding sleep that wakes
A shifting seat upsets the icy thought for looms,
A Fury's cord, an oven's grill that bakes
An inverse heat, a chill so hot it burns.
Impatience aims a spike, the seat ignites
One takes a crowded trolley ride, and turns
Deferred 'til ghosts with trumpets loud recite
Foretold by soundless print but not received
Transmission caught in space by men of dreams
Now called the feed for those asleep deceived
Misled into linoleum for beans.
A peeled potato falls into the pond,
A cam'ra cracks for a shattered bond.

Afterwards, I got a late lunch at Plaza Camino Real Mall which may be my favourite shopping mall in the county. I think it's the oldest, it's also generally not very crowded when I'm there. It always feels at least twenty degrees colder there than the temperature gauge on my car says it is and there's no food court--I had lunch at a newly added Panera on the outside of the mall. A mall in Chula Vista, towards the south end of San Diego, has a dead food court in its centre and a bunch of new food places outside so this seems to be reflecting a phenomenon of people wanting to go to the mall but not into the mall. The best thing about Plaza Camino Real, though--aside from the fact that it's indoor, I love indoor malls--is that it has an enormous comic book store that seems to be rather permanent. The other comic book stores in the county seem forced to shift location all the time. I'm always happy to visit that place especially since all the customers seem like they actually read comics rather than the dull, grazing passers-by I tend to see in the other shops.

I went to the Coffee Bean across the street to write yesterday's blog entry and saw a bunch of tiny birds fighting in the foliage. 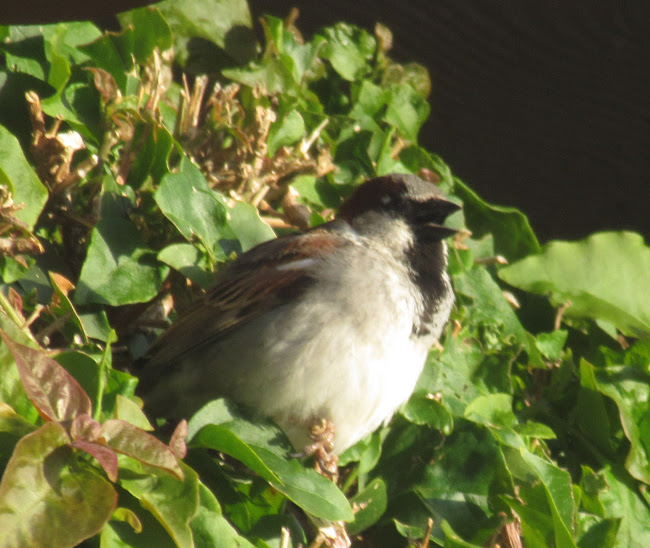 So, yeah, this my way of saying I probably won't have a new chapter of comic ready by the weekend. I probably still won't have finished unpacking, either. I think it's been three weeks now with boxes of books and kitchen stuff piled in the floor of my new place. At some point I need to start making a concerted effort at finding a room mate, too. I could really use a few extra days in the week. 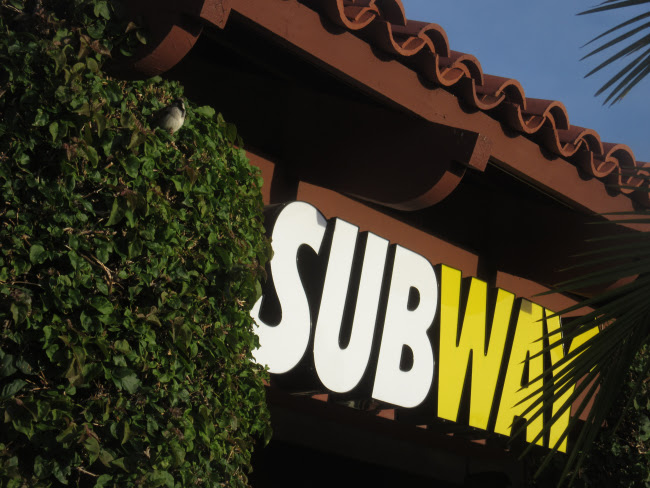 Posted by Setsuled at 4:13 PM
Email ThisBlogThis!Share to TwitterShare to FacebookShare to Pinterest