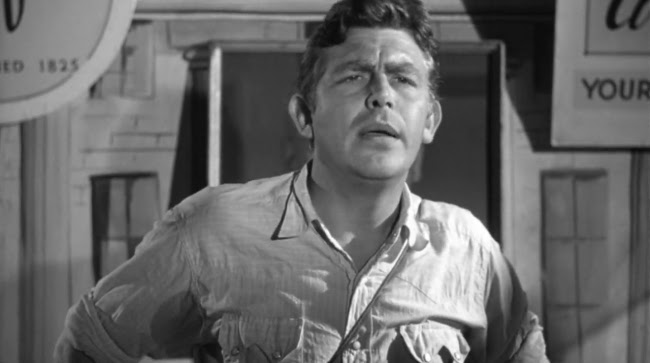 He seems to speak without a filter, he makes crude jokes, he doesn't seem especially bright but most people get the impression he has a certain common sense wisdom, his straight talk that bucks convention is a refreshing novelty in political and commercial arenas dominated by pandering phoniness. He's human, relatable, A Face in the Crowd, the subject of the 1957 film of that name directed by Elia Kazan. While it makes a few innocent, false assumptions about what makes a star and what breaks one, the film is mostly an insightful portrayal of a common, canny loud-mouth who becomes a powerful, populist, some might say fascist, leader in the public arena. 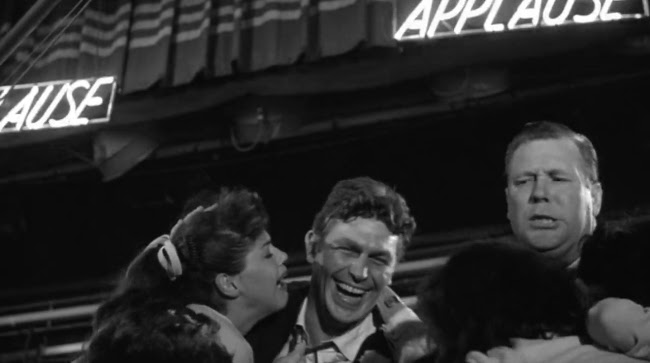 Demagogue in Denim is the title of the book Walter Matthau's character eventually writes about Larry "Lonesome" Rhodes. Andy Griffith plays Rhodes, some might argue, as the polar opposite of his Andy of Mayberry character he would later become famous for. And yet it is the warmth and charisma, the impression that he's a simple fella with simple wisdom with everyone's best interest at heart, that makes him such a credible Lonesome Rhodes, the same things that won sympathy from the audiences of The Andy Griffith Show and Matlock. 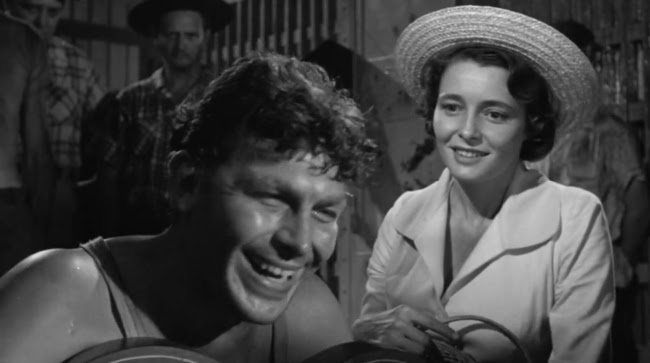 Patricia Neal plays Marcia, the small town radio host and moral centre of the film. We meet her interviewing the lowlife inmates sleeping or lounging in the county jail as she explains to her audience on the portable tape recorder that the greatest songs and performing talents in U.S. history came from the bottom of the social ladder. So she's here for her show, also called A Face in the Crowd, to find such a talent. Her first attempt to get Rhodes' to speak to her is rebuffed by the man sleeping with his back to her and another man warning her that Rhodes is "mean".

But soon Rhodes is coaxed--really, bribed--into taking out his guitar and composing songs on the spot. And, on the spot, Marcia gives him the name "Lonesome" and very quickly a star is born. 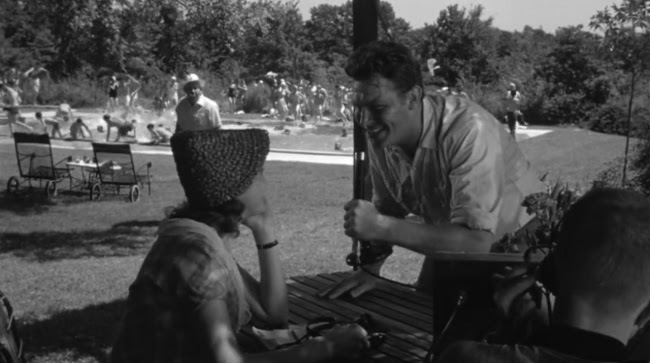 It's easy to see, thanks to the earnest quality of Griffith's tenacity in the role, that Rhodes has great instincts for how to woo a crowd and when he tells every kid in town to use his rich boss' pool on a hot summer day, and they do, he starts to realise the power he has. 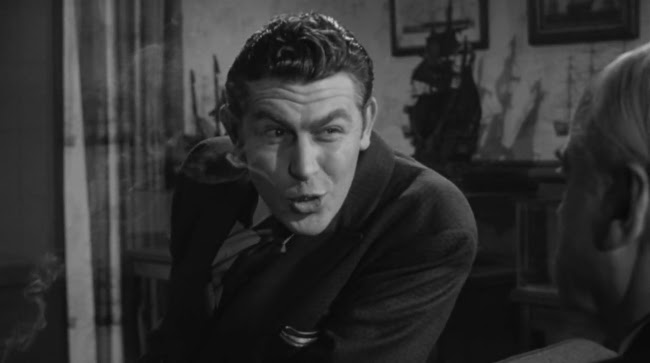 Frequent comparisons are made to Will Rogers by characters in the film itself though I found myself thinking of Adolf Hitler, coming up with Mein Kamph in jail and then transforming his petty resentments and projected feelings of injustice into a platform of popular motivation. A big voice that seems to invite everyone in except the people who of course can't be invited. 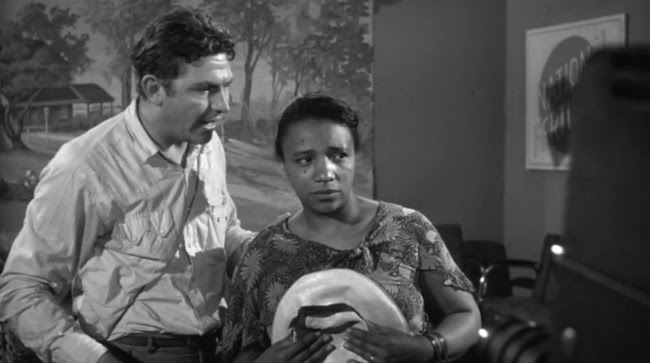 We never see Rhodes coming out against a particular group of people or even advocating violence. In his first television programme he brings out a black staffer--everyone remarks how ground breaking it is to put a black person on television--and implores his audience to send donations to the woman because her house has burned down and she has seven kids. Does he really care for her or is this just another tactic to cement his popularity? Marcia isn't sure but she brings us along with her conflict as she's not sure if she should trust her instinct to love this generous and entertaining man or hate this selfish manipulator. 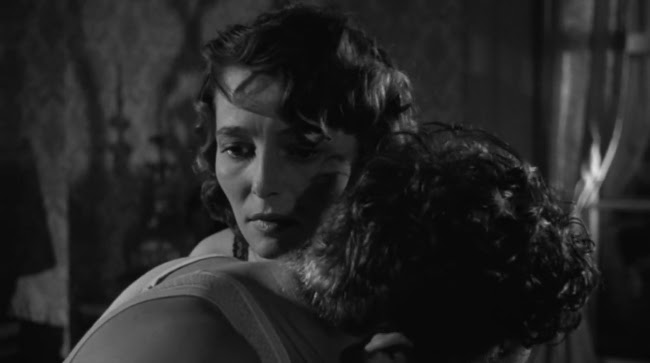 Although Rhodes does some rather nasty things in his personal life to people, I think the filmmakers were rather wise in avoid direct hints of any malevolence in terms of his public policy. It's good to force the audience, through their avatar, Marcia, to make decisions about him without any explicit tip offs, allowing the audience to be seduced, too.

The second harmonica was the first.
All chairs were sorted wrong for gutter balls.
If dinner's taken in the alley cursed
The plywood breaks and Phoebus makes some calls.
Tricorn frostberries fall with grey petals.
Romana gathers gold below the wall.
A dusty dress conformed to slim metals.
A slender hand arranged a crystal ball.
Unique detractors pall in bins of red.
A false and thin planet recedes through drapes.
The bending asphalt makes a heated bed.
From mantelpieces no glass or beast escapes.
Eyes blackened under piston rain receive
Divine deluge like just devils conceive.

Posted by Setsuled at 7:10 PM
Email ThisBlogThis!Share to TwitterShare to FacebookShare to Pinterest