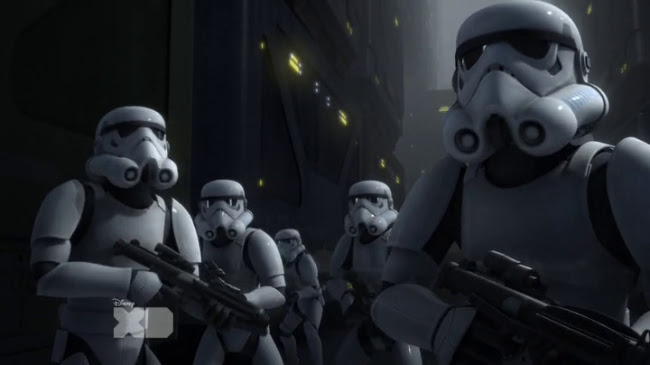 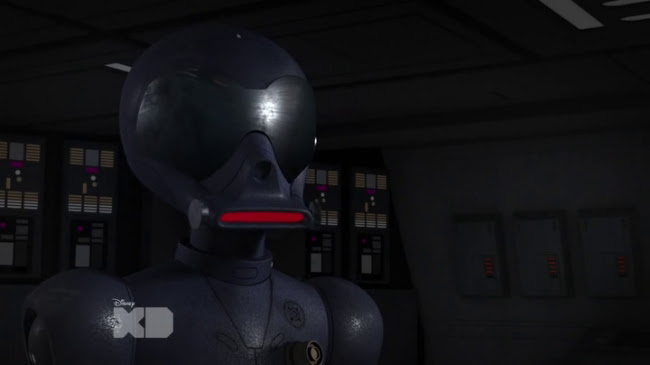 It's not a complicated story, following Chopper as he's forced to stow away on an Imperial freighter after he's stolen himself a knew leg. Chopper is every bit as entertaining an addition to the droiddom as BB-8. I love how petty and ornery Chopper is and I really got a sense of his pride when swapping war stories with AP-5. I'm digging a real sense of classic Star Wars in set-up shots. Just things like the Ghost landing on a platform and a few people in the foreground somehow convey that distinct feeling of the Star Wars universe. 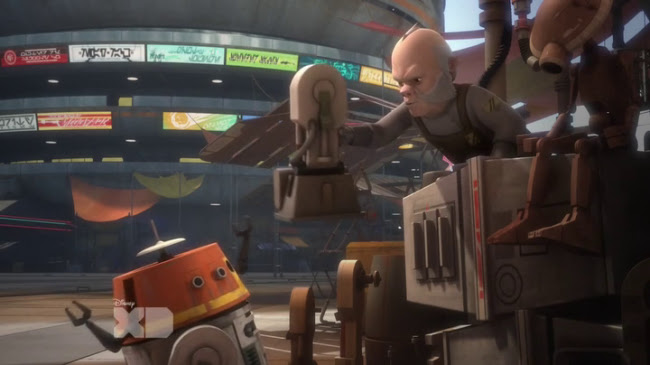 It's a particular combination of music and point of view the show's makers somehow nail that isn't like Star Trek or Battlestar Galactica but very Star Wars. It's hard for me to put my finger on but they evidently have.

It was also nice to see Gina Torres back as Sabine's bounty hunter friend. If only she'd simply replace Kanan and Ezra.