This Can is 95% Celebrity 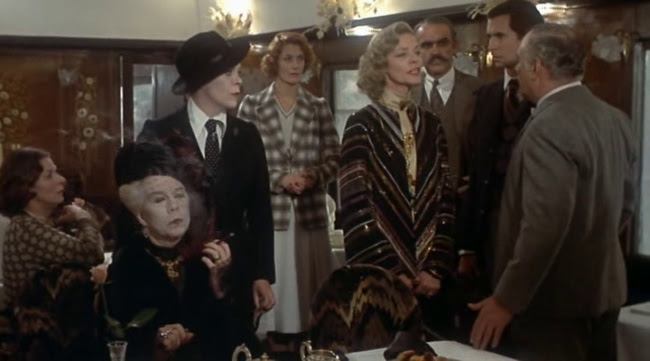 With no rooms left for Hercule Poirot to lodge alone, a train is filled with movie stars; Lauren Bacall, Ingrid Bergman, Anthony Perkins, Sean Connery, Jacqueline Bisset, Martin Balsam, Richard Widmark, Vanessa Redgrave, Michael York, John Gielgud, Wendy Hiller, Rachel Roberts, and Jean-Pierre Cassel. You're probably wondering why director Sidney Lumet gathered all these together; it was for the 1974 film version of Murder on the Orient Express, an entertaining film whose heart is buried under its ultra-luminous star power. 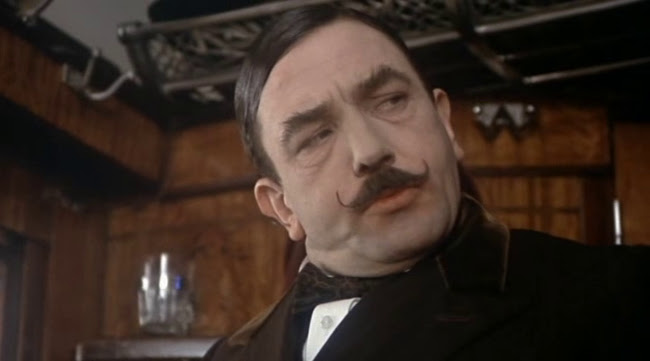 And there's another star, English actor Albert Finney was cast as Agatha Christie's peculiar Belgian detective Hercule Poirot. Finney gives the man a pretty broad accent, making him difficult to understand at times, but Finney fills it with enough ingenuity to be interesting. As he interviews one train passenger after another, though, it becomes a grand competition of actor mannerisms without restraint, the story about a murder and a Lindberg baby-ish kidnapping being comparatively limp and vaguely sketched. One gets the sense that what Lumet was really up to was an ode to old Hollywood. I've said it before, there are few things I find more adorable than 1970s nostalgia for the early and mid-20th century. We still have that nostalgia now but there was a kind of breathless passion about the transitioning from sepia stills to full colour under the swells of an overwrought score in movies like The Night They Raided Minsky's or Pretty Baby. The late 60s sounded the starting pistol for going full bore sentimental on this stuff; suddenly women in great fur coats and cloche hats, men in fedoras and ties, and cranked cars were terribly precious things to be summoned back to life with the magic of cinema. 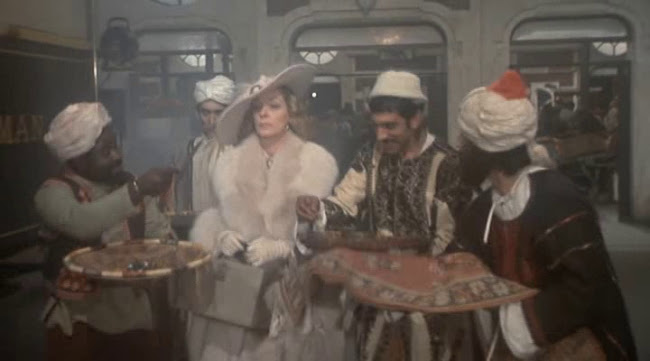 I'm being a little ironic but I do love this particular brand of 70s nostalgia that itself seems as much of a time as the periods it's nostalgic for. There are several good movies that exhibit it--The Godfather and Chinatown come to mind. But in other cases, it becomes a sentiment that quite overwhelms the characters and the story. The score with strings and harps that accompanies shots of the train incongruously make it seem like we're heading off to wonder and enchantment, not a parlour room murder mystery. 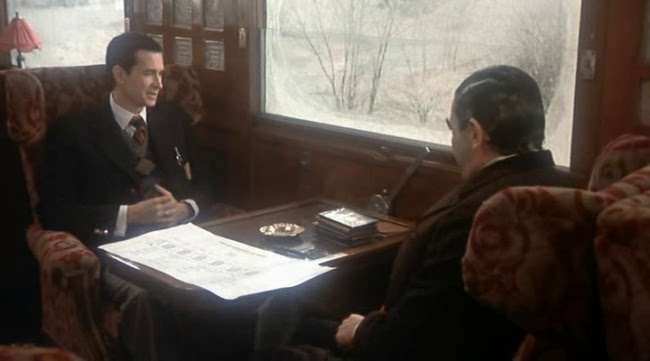 Anthony Perkins plays Widmark's secretary pretty much exactly like Norman Bates--Poirot even analyses his peculiar attachment to his mother and watching Perkins twitching in his seat has the feeling of watching a rock star playing his only hit on a Las Vegas stage for the ten thousandth time. He's not bad, if chewing the scenery a little hard, he's just so much The Anthony Perkins Moment instead of contributing to the film. Gielgud, a versatile actor before and after this, plays a butler in a similarly predictable way. 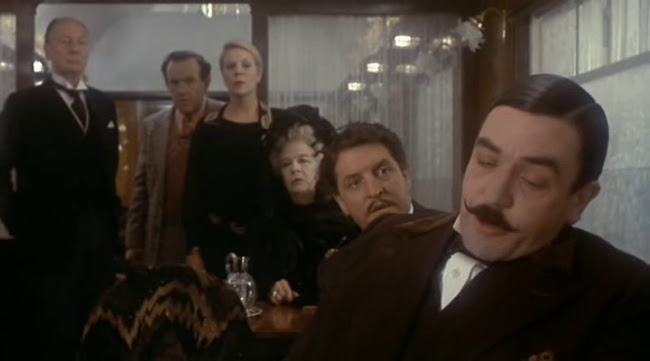 Ingrid Bergman won an Oscar for this movie and it was most certainly a characteristically "due" award, really in recognition of other movies where she did a lot more than the couple of brief scenes with dialogue she has here. But she is very good and it's exciting seeing her being captivating still by the mid 70s. 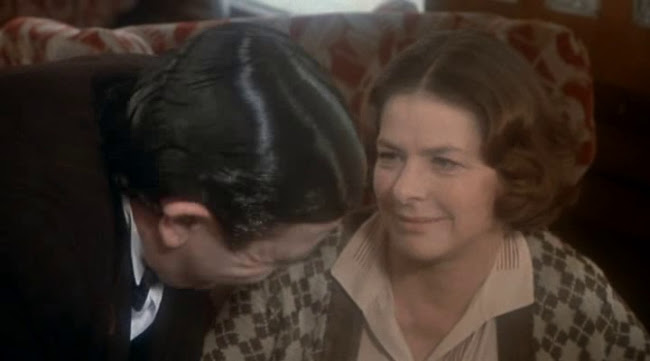 I'd never read the book. I found the solution to the mystery pretty unsatisfying but maybe it comes off better without all the competition.

Posted by Setsuled at 2:59 PM
Email ThisBlogThis!Share to TwitterShare to FacebookShare to Pinterest