Give in to the Spiders 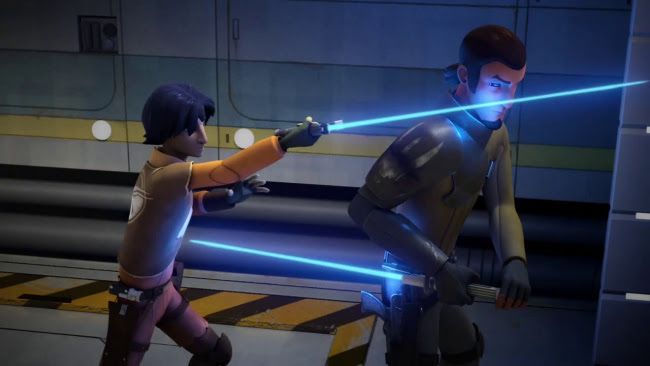 Well, hints that Ezra is going to turn to the Dark Side on Star Wars: Rebels are getting heavier and more frequent. I sure hope it's not misdirection. I've said it before but I'll say it a third time: IT HAD SURE BETTER NOT BE MISDIRECTION. Imagine you've never seen Clone Wars, as well you may not have. What do you know of Ahsoka Tano from Rebels? She's a nice lady who turns up once or twice and doesn't seem to have a lot to say. Damn it, that's just not good enough. Please, don't kill her now. But what can I say? They wouldn't listen to me or anyone like me even if next week's episode weren't in the can. 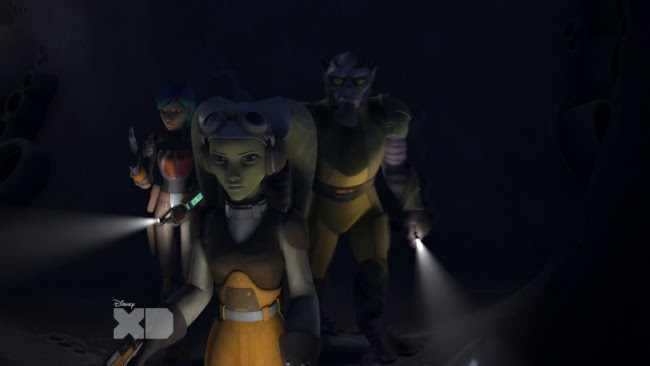 Last night's episode was a decent Aliens homage--not unlike a first season Clone Wars episode I can think of. Which I guess makes this a homage of a homage. But why not? I loved the design of the giant spiders with their screaming faces. 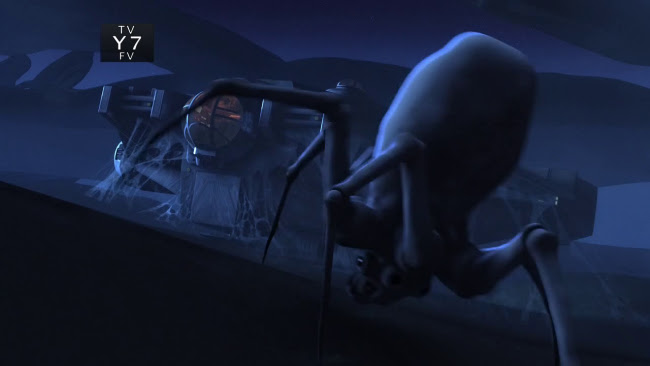 Ezra can't commune with them for some reason presumably having to do with the creatures themselves but I suspect the revelation next week will be that he's just not so pure hearted anymore, not enough to command woodland creatures, anyway. He's lost the Snow White perk.

A trailer's been released for next week showing Ezra getting seduced by none other than Darth Maul;

Always nice to see Maul, maybe now they'll film the story arc he had coming from the aborted sixth season of Clone Wars. But of course, this also bears the stink of misdirection. I'm almost willing to forgive that for the hinted Darth Vader versus Darth Maul showdown. But not really.

With all these Clone Wars characters coming in, I wonder if Dave Filoni is trying simply to turn Rebels into Clone Wars gradually.

Oh, by the way, don't think I didn't notice Hera straining ever so hard to get the spider's legs open while there was a flash light in her mouth. Now I know it's Disney. 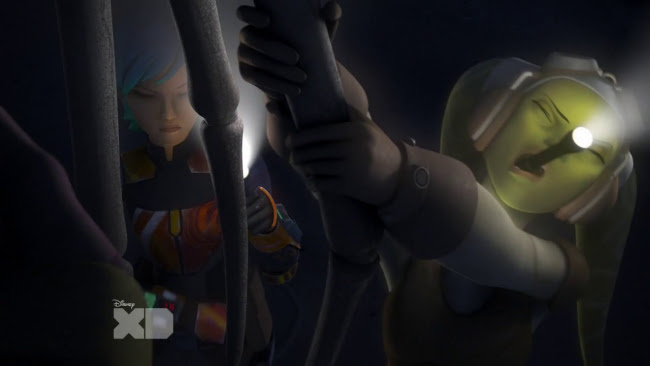 Posted by Setsuled at 6:18 PM
Email ThisBlogThis!Share to TwitterShare to FacebookShare to Pinterest