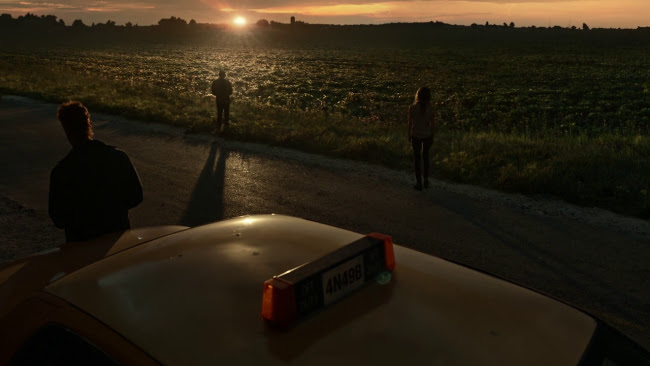 Sunday's new American Gods was like two episodes mixed together; one good and one disappointing. It all looked good, though. 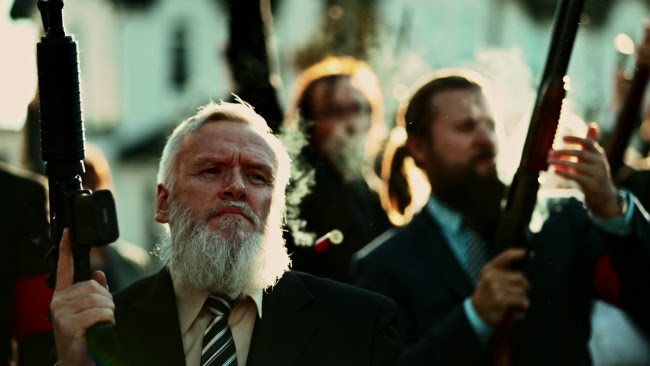 In the disappointing plot, Shadow (Ricky Whittle) and Wednesday (Ian McShane) visit a town populated by gun-toting redneck stereotypes who worship Vulcan (Corbin Bernsen). In the good part, Laura (Emily Browning), Mad Sweeney (Pablo Schreiber), and Salim (Omid Abtahi) go on a road trip, looking for a friend of Sweeney's who can resurrect Laura--properly this time. 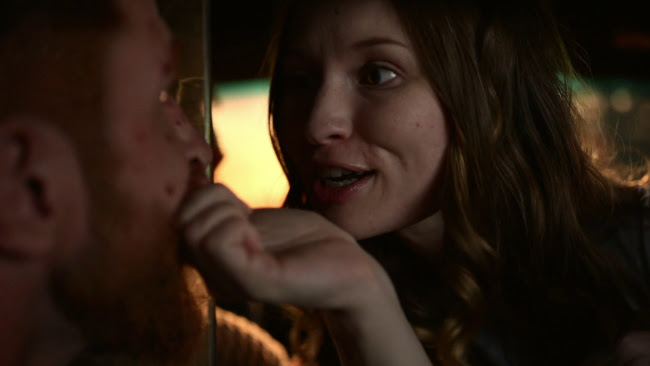 I would assume the Laura plot was written by Bryan Fuller because it, again, felt more like Dead Like Me than American Gods. I liked the discussion of Laura's dwelling on aspects of her life, this mirrored by Wednesday pulling Shadow away from her so that he can move on. But one of the three writers on the episode is a fellow named Seamus Kevin Fahey, about whom there's little information on the internet, but I'm going to go out on a limb and suggest he's Irish. He may have been brought on to write dialogue for Mad Sweeney--whoever wrote those segments, they work really well. I love Laura and Sweeney's caustic rapport and the addition of Salim as the meek fellow in the middle is a perfect way to round out the trio. 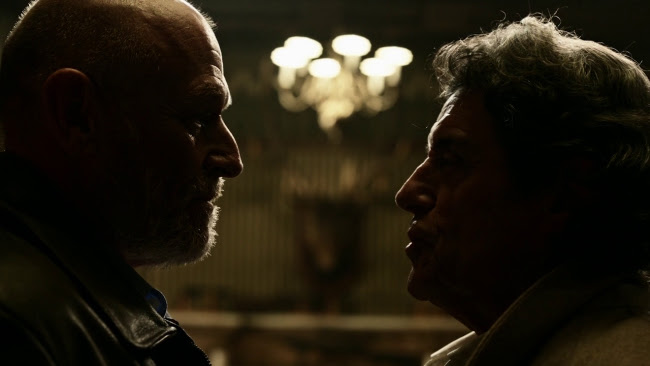 Meanwhile, in Vulcanville, the story's a bit thinner. The idea that there's a segment of the U.S. population who worship guns is certainly a fair premise but since we don't meet a single one of these worshippers there's no chance to actually explore it. Vulcan himself, despite Corbin Bernsen ably matching Ian McShane in impressively weathered visage, is a thoroughly uninteresting character. His betraying Wednesday's location to the New Gods has absolutely no weight when the New Gods had found Wednesday in just the previous episode and let him go. Even if it did have weight, Vulcan looks like a moron when he forges a god-killing weapon and hands it to Wednesday before telling him he betrayed him. I guess the upside is that this plot won't be around next week.

A comet black for sudden coal could close
No throat upon a highway neat as night
As fraught as dawn affirmed for soothing shows
And sleepy dram for watchful claims of sight
Of substance staunched of bloodless flow, belief
Encased and opened like a flower head
A deadly draught, a treadmill to relief
But gnawing paints present the only bed
A valley blanket sewn in stories late
To hold the ink, increase the yield in gold
In softened thorns to fetch and sometimes sate
Before the quicker eye can catch a cold.
In speeding shovels air transforms to stone.
In through a needle point it shines alone.

Posted by Setsuled at 4:44 PM
Email ThisBlogThis!Share to TwitterShare to FacebookShare to Pinterest